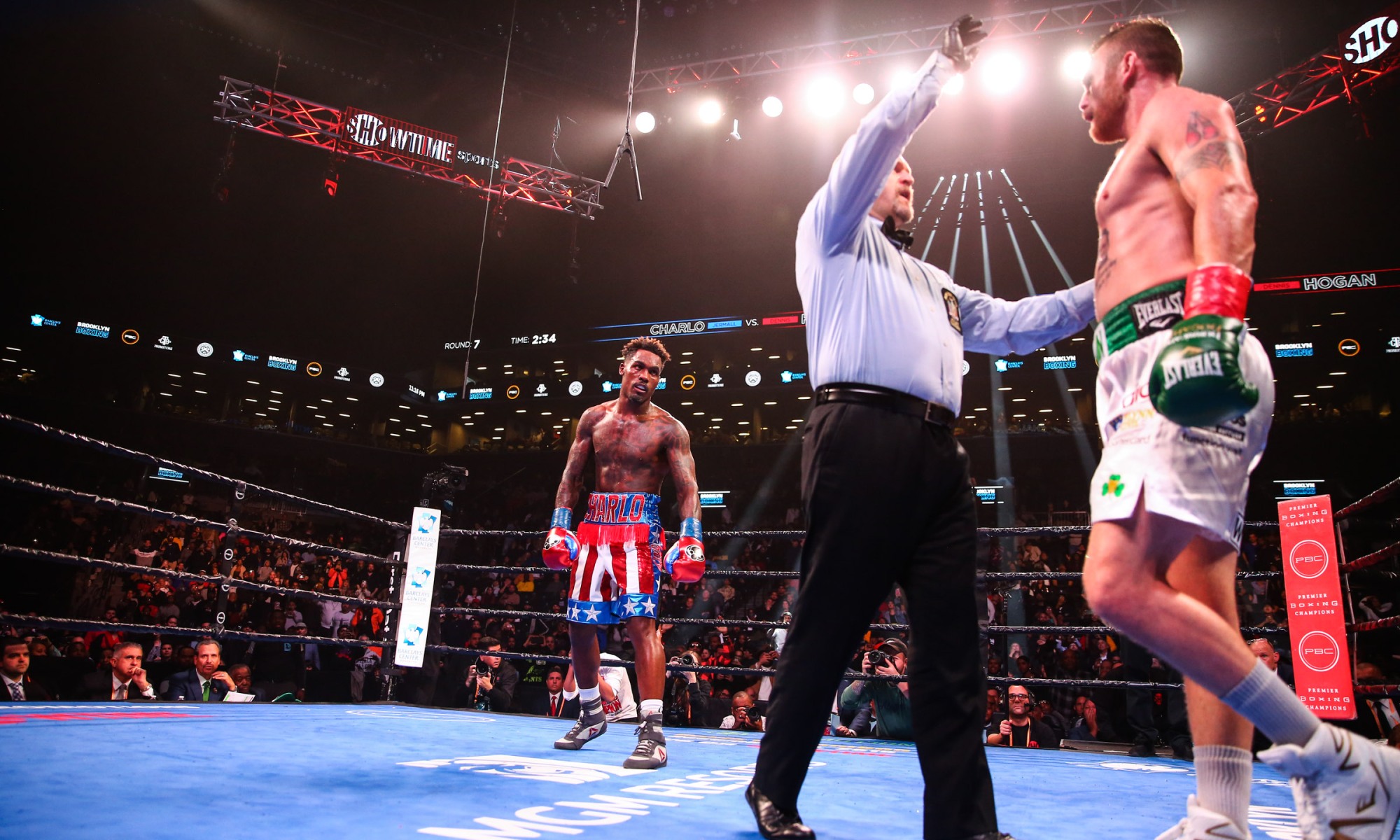 Charlo closes 2019 with a big knockout.

BROOKLYN — Jermall Charlo retained his version of the WBC middleweight title last Saturday night with a one-punch knockout of Dennis Hogan at the Barclays Center.

Hogan, who received this fight due to an excellent showing and narrow decision loss to Jaimie Munguia in April, was moving up from 154. Charlo’s size and power advantage were evident in every exchange. In round four, a Charlo left uppercut sent Hogan tumbling into a backward roll. Matters were ended in the seventh via a lead left hook.

This was a stay-busy fight for Charlo, who despite being a belt-holder has been anxious to get in the mix with other top middleweights. His options now include Chris Eubank Jr., who fought on the undercard and took a 2nd knockout win over Matt Korobov.

Other potential foes are Sergiy Derevyanchenko and a grudge rematch with unified 154 champion Julian “J-Rock” Williams.