Skip to content
Washington is no match for Kownacki. 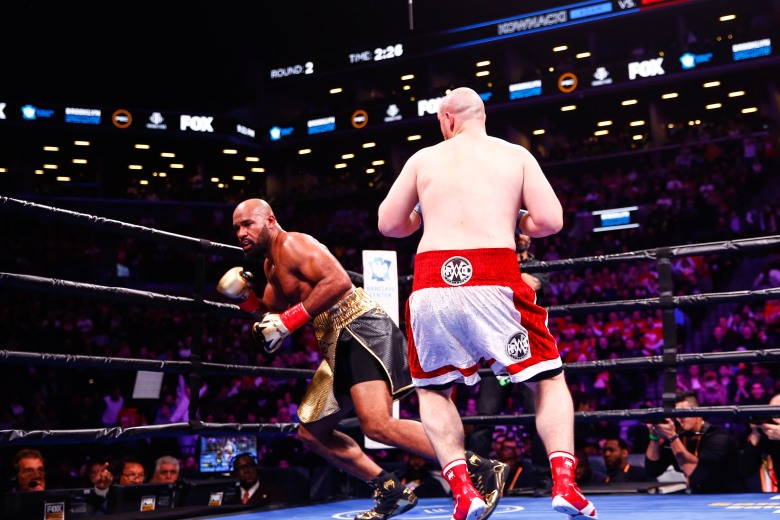 Boxing isn’t a bodybuilding contest. Adam Kownacki gave us our latest reminder in taking less than two rounds to knock out Gerald Washington last night at the Barclays Center.

The undefeated Polish heavyweight never let Washington into the fight. His stiff jab kept Washington defensive and off-balance while setting up overhand rights. The punch stats were dominated by Kownacki, who threw 141 punches.

After nearly ending the fight in the waning seconds of round one, Kownacki was able to hurt Washington early in round two with a right cross. As Washington staggered to the ropes, Kownacki followed up with two more to score the knockdown. Washington was in clear distress despite beating the count and was quickly stopped by another clean right hand.

Kownacki improves to 19-0 (15 KOs) and came into last night as the #8 ranked contender for Deontay Wilder’s WBC title. While fan-friendly fights against Dominic Breazeale or Luis Ortiz are possible, Kownacki made it clear he’s targeting the champion.

At 36 years old, Washington’s latest setback puts his future in doubt. He is 1-3 over his last four appearances with all three losses being stoppage defeats.

You can’t go wrong when Kownacki is on your card. Yes, his leaky defense means he’ll likely be trouble against the division’s big punchers like Ortiz, Wilder and Joshua. But for those who can’t hurt him (and no one has done it yet), you’re in a long night with a come-forward bull. Don’t expect many guys to be lining up to face him.