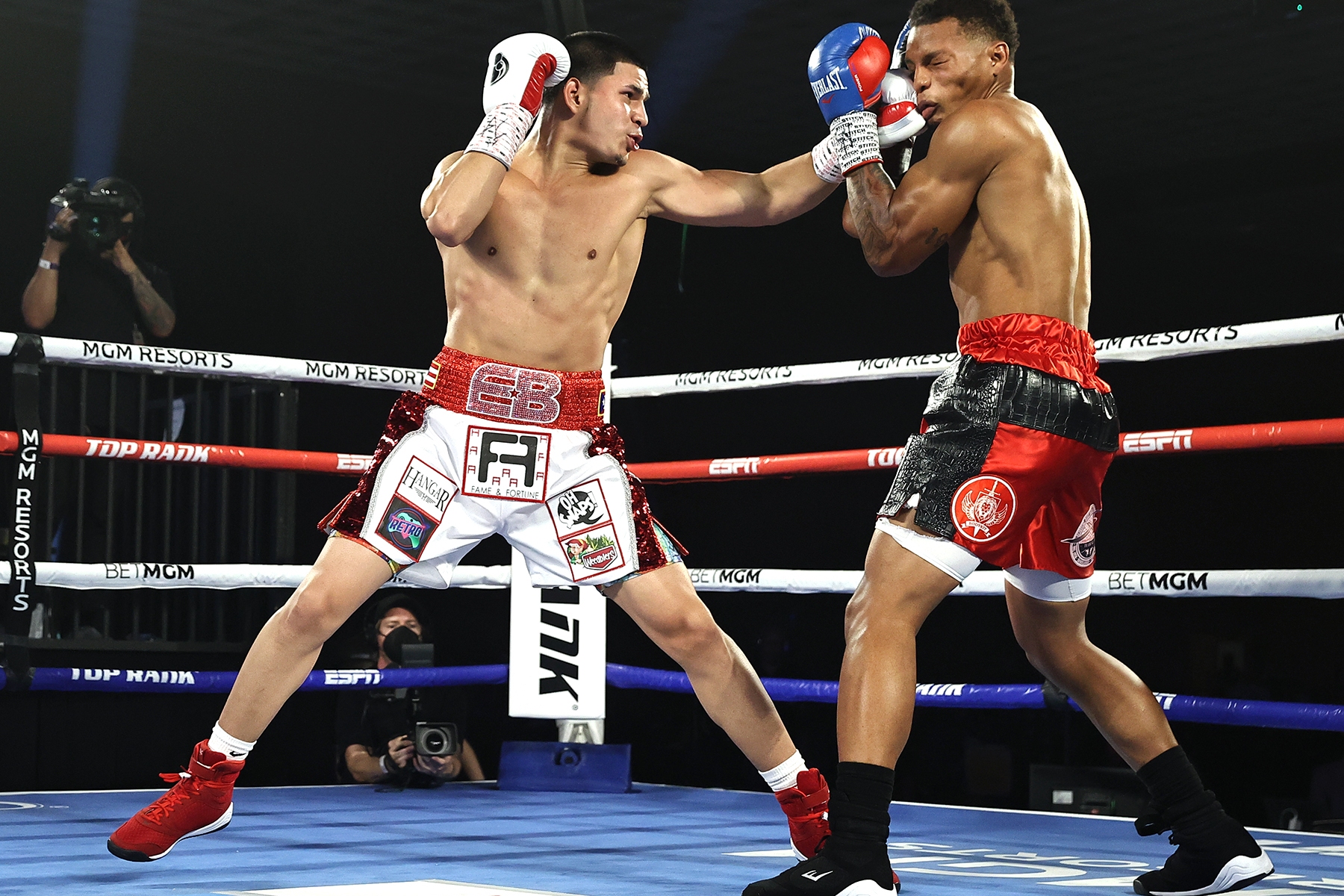 One of these days, a fighter will take Edgar Berlanga past the first round.

One of these days, a fighter will take Edgar Berlanga past the first round. Last night, veteran Eric Moon (11-3, 6 KOs) hoped to be that fighter, claiming in prefight interviews this fight would be a shootout akin to Hagler vs. Hearns. Instead, Berlanga’s power put Moon into a immediate retreat and lead to one of the year’s most brutal stoppages.

Moon swung for the fences in the first few seconds, hoping to garner respect from the Brooklyn slugger. Berlanga fed him a counter left hook and right hand for his trouble. The shots zapped all of Moon’s aggression and turned the bout into an apex predator vs. hapless prey scenario. Once trapped on the ropes, Moon appeared resigned to his fate — Berlanga teed off with hooks to the body followed by two overhand rights that slumped Moon in the corner. With his equilibrium snatched, Moon tumbled over headfirst to prompt the referee stoppage.

The massacre took all of 62 seconds.

At 23 years old, the super middleweight division has an exciting prospect to keep an eye on.