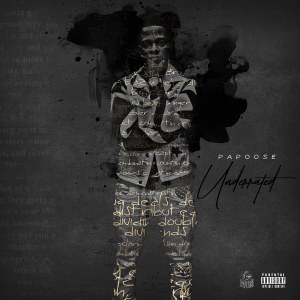 Papoose’s new album Underrated is set to hit stores this Friday (February 15). For his latest single, he flips a concept from his catalog to craft a new street banger with DJ Premier called “Numerical Slaughter.”

“I initially released “Alphabetical Slaughter” over twenty years ago and to this day fans still mention that track. From comments on Social Media to people just walking up to me on the street to tell me it’s their favorite hip-hop song,” Papoose told Complex.  “Every other month I see another artist creating their own version of the concept.  I figured since fans love the song so much, I would give them something similar on my Underrated project; but this time, flip the numbers.  DJ Premier is one of my great friends and favorite producer of all time.   I wouldn’t allow any other producer to assist me on this track.”

“I met Pap back in the early 90’s when he did ‘Alphabetical Slaughter’ and many years later he did it over with DJ Kay Slay calling out the letters during the verses” Premier commented.  “Pap reached out to me and told me he wanted to do a numerical version and have another DJ shout out the numbers.  We linked up in my studio and it came out raw!”