While there isn’t much doubt on who holds the #1 spot, 2018 did gives a small list of fighters whose accomplishments deserve recognition. Today, we count down the best fighters of 2018. 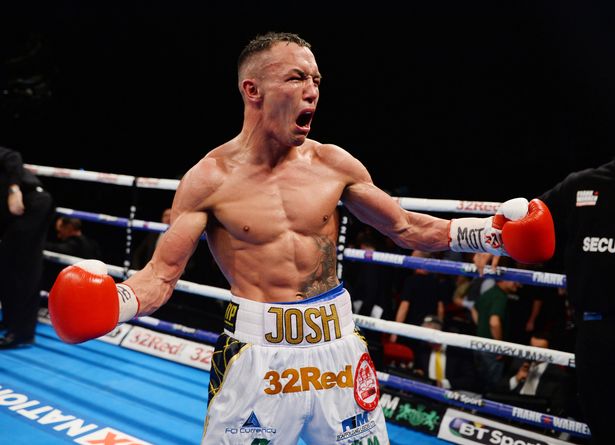 Accomplishments: Captures the IBF featherweight title, wins both fights as an underdog.

Warrington’s lack of KO power had many doubting his prospects versus elite competition. Against Selby and Frampton, he had a ferociousness they just couldn’t match. He overwhelmed them with his work-rate and aggression, leaving Frampton, a former Fight of Year winner, contemplating retirement.

Warrington’s success now puts his name in the mix for a unification with fellow title-holders Leo Santa Cruz and Gary Russell Jr.

Lomachenko not only won titles in his third weight class, but also unified two straps with wins over long-standing champ Jorge Linares, and the credible Jose Pedraza. The former was an exciting bout where Lomachenko suffered his first professional knockdown only to storm back and stop Linares with a body shot.

Although he showed vulnerability at lightweight, Lomachenko may still test the waters at 140 and further solidify his case as P4P #1. Even in a “quiet” year, Anthony Joshua got a lot done. He added a third title to his collection by becoming the first man to defeat Joseph Parker, and also became the first fighter to knock out tenured contender Alexander Povetkin.

Despite now holding three major belts, Joshua’s claim to heavyweight supremacy won’t be universally accepted until he takes down WBC title-holder Deontay Wilder (or Tyson Fury, depending on how that rematch goes).

The Monster had less than two rounds of work the entire year, but the devastation he inflicted trumps everyone on this list. Inoue was the “smaller man” moving up from super flyweight in both fights and yet McDonnell and Payano could not withstand his power. These were two tough, veteran fighters that had never been stopped.

First order of business in 2019 is to win the World Boxing Super Series tournament.

Mikey told us he wanted challenges and spent his 2018 jumping weight classes to find them. He started off the year by handing hard-punching Sergey Lipinets his first defeat, flooring the slugger in the process. He then dropped back down to lightweight to face another undefeated foe in Robert Easter Jr., who he also floored in route to a clear unanimous decision victory that unified the WBC and IBF titles.

2019 will be his most ambitious and dangerous test when he goes to welterweight to face Errol Spence Jr. for the IBF strap. He wins that and you’ll not only have your Upset of the Year but also the Fighter of the Year frontrunner. 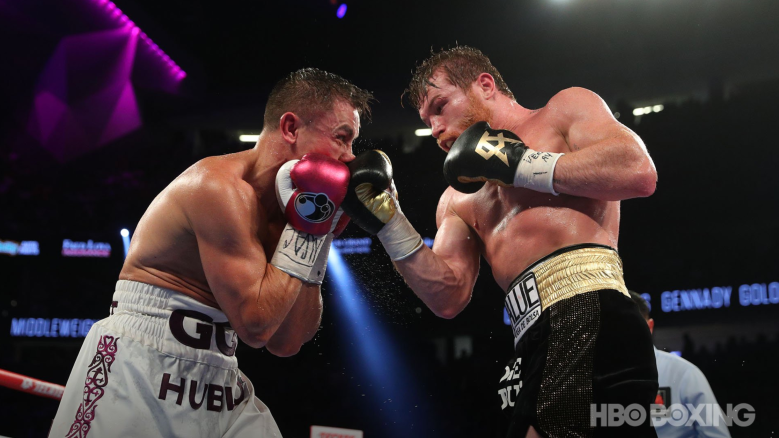 Canelo erased the stink of his positive drug test by winning a thrilling rematch against Gennady Golovkin last September. After backpedaling most of the first bout, Canelo made a point to stand his ground and take the fight to GGG, making for one of the best fights of the year.

Amazingly, he would return to the ring less than 3 full months later to knock out Rocky Fielding to capture a title in his third weight class. The fight was more notable for being the first on his history-making, exclusive contract with sports streaming network DAZN.

Expect another monster Cinco de Mayo event with either the GGG rubber match or Danny Jacobs. Accomplishments: Winner of the WBSS tournament, Unified all 4 major titles

The World Boxing Super Series tournament had the cruiserweight division on fire this year and no one stood taller than Oleksandr Usyk. He started his 2018 with a Fight of the Year contender against Mairis Briedis, squeaking by with a well-earned majority decision. He then tamed feared puncher Murat Gassiev in a dominating, lopsided victory that made him the first four-belt unified champ in history. He finished the year by closing the book on Tony Bellew’s career with a devastating one-punch knockout in the eighth.

Should his heavyweight campaign be successful, Usyk will be a lock for this list in 2019.