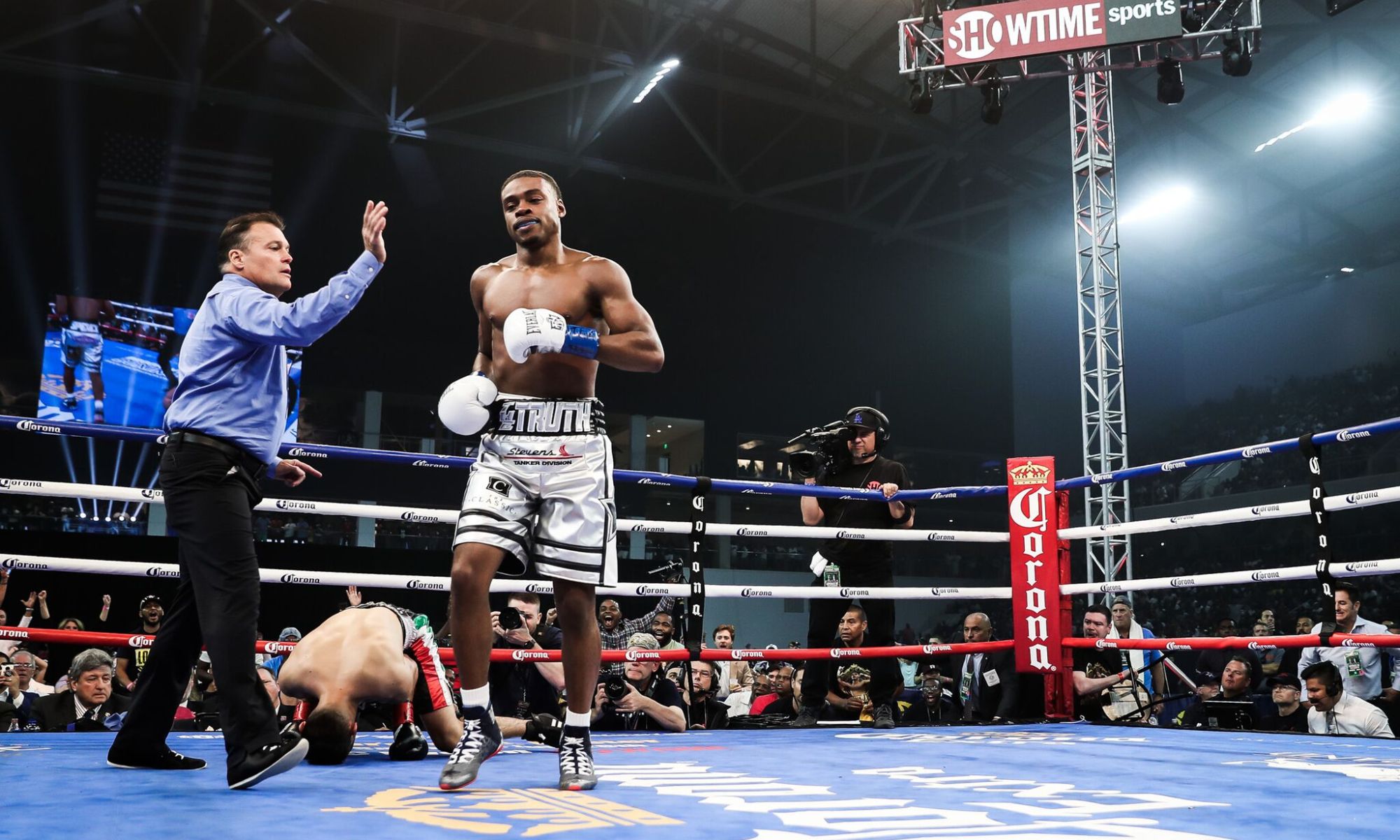 It was a short homecoming.

FRISCO, TX — It was a short homecoming. IBF welterweight titlist Errol Spence took the fight out of Carlos Ocampo with two body shots to score a first-round knockout at the Ford Center at The Star.

Ocampo looked to be a formidable challenger early in the round by timing Spence’s aggression with right hands. But Spence was undeterred, walking through the offense in a dogged effort to work the body. That singular determination paid dividends when Spence caught Ocampo on the ropes and thudded home a corking southpaw left followed by a right hook to the body.

Ocampo immediately doubled over on the canvas for over two minutes.

“I was a little disappointed. I wanted to give the crowd their money’s worth,” said Spence afterward. “I wanted him to sustain a bit and give him some punishment, but the body shot got him and I dropped him… called me the body snatcher.”

The win comes just one week after WBO welterweight title-holder Terence Crawford scored a dominant late stoppage over Jeff Horn. While public rumblings for that cross-promotional showdown are still in their infancy, Spence is targeting fellow PBC fighters.

“I want to fight the best,” Spence promised. “Danny Garcia and Shawn Porter are fighting each other (for the WBC title) and I definitely want to make that a unifying fight. We both have the same management, we both fight on SHOWTIME. Why not make that happen? I definitely want that fight whenever it’s available.”

With Keith Thurman inactive, you have to view Errol Spence as the consensus #1 at welterweight. I rate the Kell Brook win high and the destroying Lamont Peterson, a solid contender, is better than anything the other champs and contenders have done recently. Crawford passes the eye test, but his resume has yet to be established at this weight. I’d favor the naturally bigger Spence over him.

Going by the weigh-in pictures, I don’t see weight being an issue for Spence though the end of 2019. That leaves enough time for a decent chance at unifying all the belts.

Time for your guys to chime in — where do you rate Spence and who has the best chance to beat him at 147?