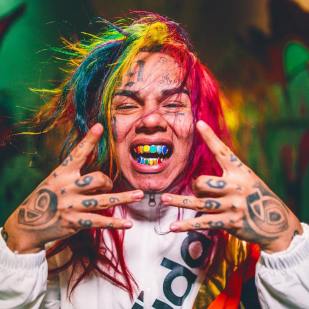 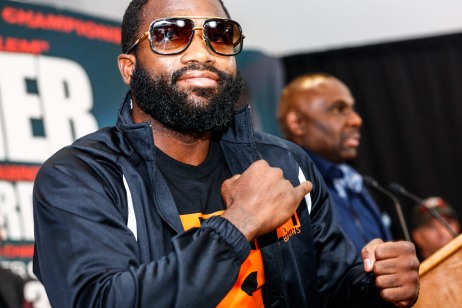 Adrien Broner is mere days away from a crossroads bout against Jesse Vargas. But instead of being focused on that fight, Broner has his eyes set on a more unlikely foe in troll rapper extraordinaire Tekashi 6ix9ine.

The ill will began with 6ix9ine setting Broner’s IG on fire by commenting “clown” on a picture the former champion posted of himself and Charlamagne tha God. Considering 6ix9ine’s recent interview with the Breakfast Club, the “clown” comment was likely for Charlamagne. However, Broner immediately retorted with his own vitriol for the rainbow-haired rapper. 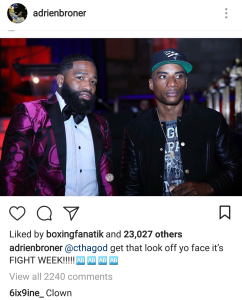 That was all 6ix9ine needed to post his own video challenging Broner to a $300k bet he loses to Vargas this Saturday.

Maybe the PBC needs to add 6ix9ine to the promo team? Broner vs. Vargas airs on Showtime this Saturday at 9 p.m. ET.