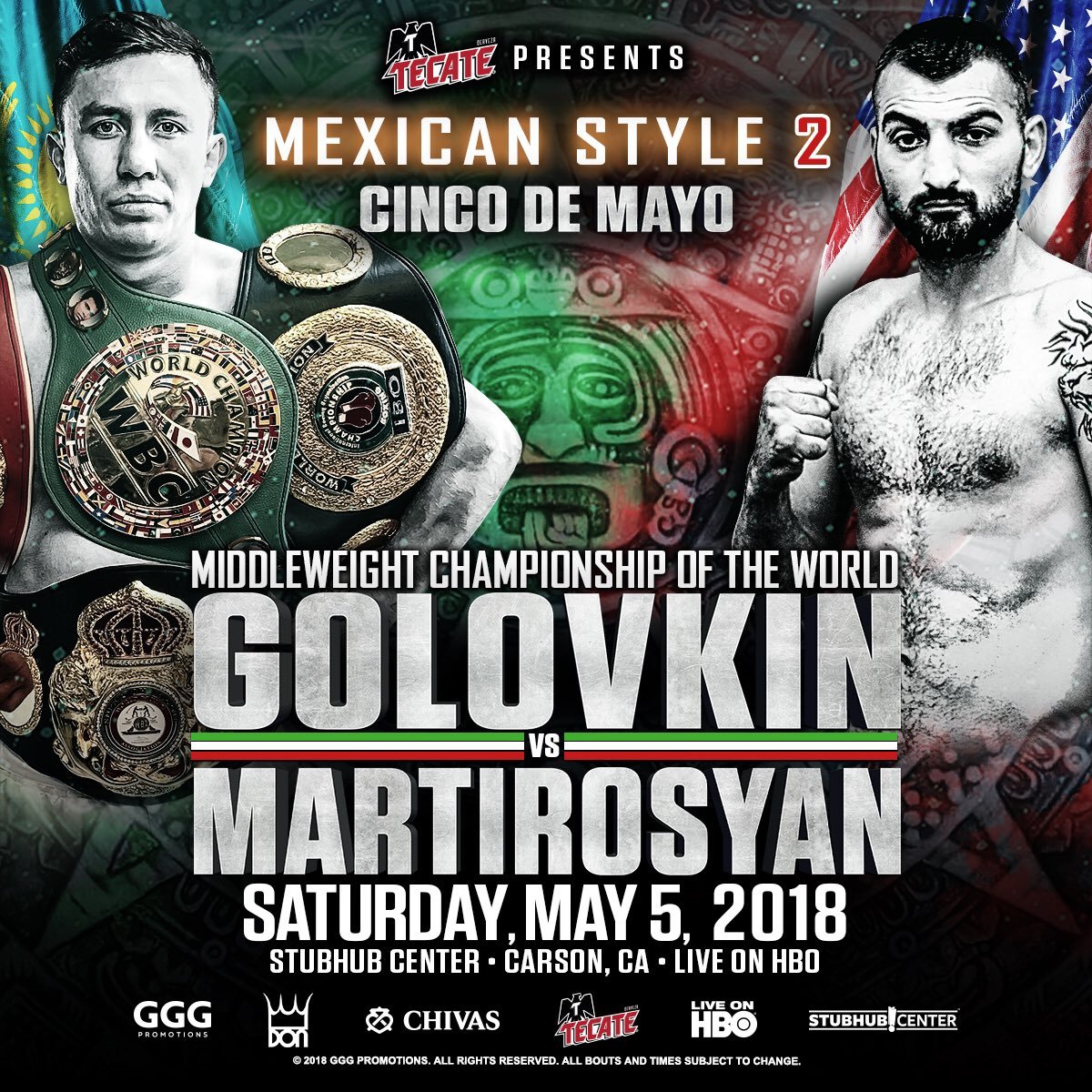 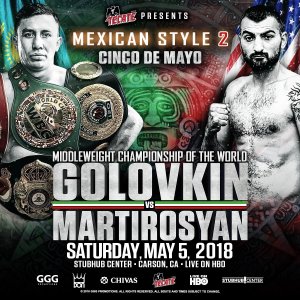 Gennady Golovkin is risking the loss of his IBF middleweight title by confirming Vanes Martirosyan as his replacement opponent for May 5 at Carson’s StubHub Center.

The announcement ends a drama-filled two weeks that saw Golovkin’s team scrambling for an opponent following Canelo Alvarez’s withdrawal for two failed drug tests. The delay in confirming Martirosyan came from Sergiy Derevyanchenko, who refused step-aside money to enforce his IBF mandatory position.The organization can elect to strip Golovkin and award the title to Derevyanchenko, or have him face off with next highest ranked challenger in Danny Jacobs.

The Martirosyan fight marks Golovkin’s first bout in California since scoring a 2016 second round KO over Dominic Wade before a sellout crowd at The Forum. The undercard features a returning Roman Gonzalez taking on Pedro Guevara.

The card will air on HBO World Championship Boxing at 11 p.m. ET.

While a Derevyanchenko bout would’ve highly intriguing and action-packed, there’s no fighter in the sport that would take that fight on 2-3 week’s notice with the most lucrative bout of their career looming in September. As an older fighter, this works out great for GGG. He gets to stay sharp against a low-risk opponent while Canelo sits on ice until September.

The co-main makes this worth tuning in for as I’m interested to see how much Chocolatito has left following that brutal KO loss to Sor Rungvisai last year.