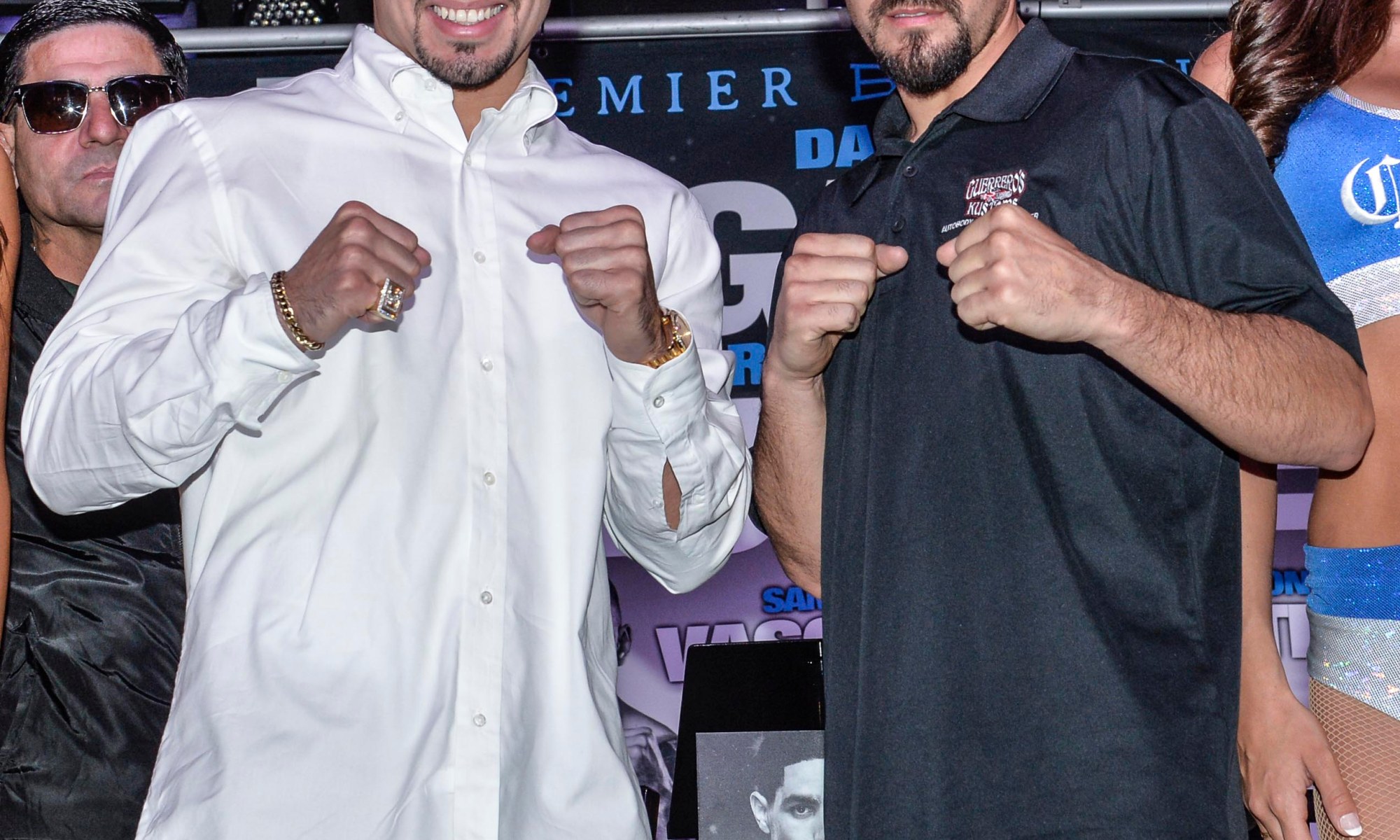 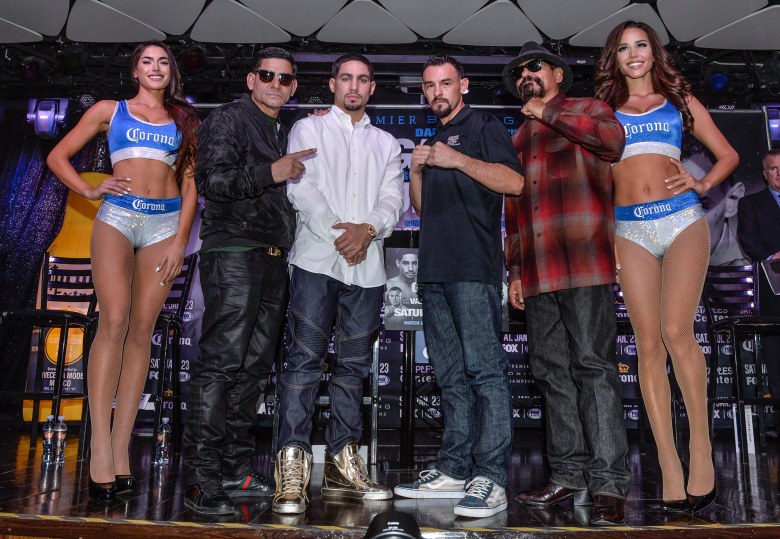 LOS ANGELES — Danny Garcia and Robert Guerrero faced off today to officially announce their January 23 welterweight showdown on Fox. Garcia is fighting his second bout in the division and coming off a dominant stoppage win over Paulie Malignaggi. Guerrero is seeking to rebound after taking a controversial split decision over Aron Martinez this past summer.

I want to thank California for accepting me and giving me the chance to showcase my skills at STAPLES Center.
Training camp has been going well. We already started sparring. I feel a lot stronger at 147-pounds. The world hasn’t seen the best of Danny Garcia yet, but they’ll see a fresher, faster, stronger and smarter fighter on January 23.
I’m from Philadelphia, but I feel like California is my home because they say this is where the stars come. And I’m a star.
I’m going to go out there and set the tempo. I’m going to back him up. If I have to move around and use angles I will. I’m going to stick to the game plan.
I’m looking to fight anybody at 147. I believe I will be a champion in this new weight class.This is another step for me towards taking over the welterweight division.
There are always going to be critics. It’s not a source of motivation. My motivation is to go out there, train hard and win the fight. I want to make my family proud and be the best person I can be.
Anything can happen on any day. I have to prepare myself for all of the outcomes. The way I prepare myself, I feel like nobody can beat me.
I represent all Latinos. In order to be a star you have to come here and do it. No matter where you come from, great fights are what you want.
Come January 23 I’m going to go out there and give the fans a great fight. 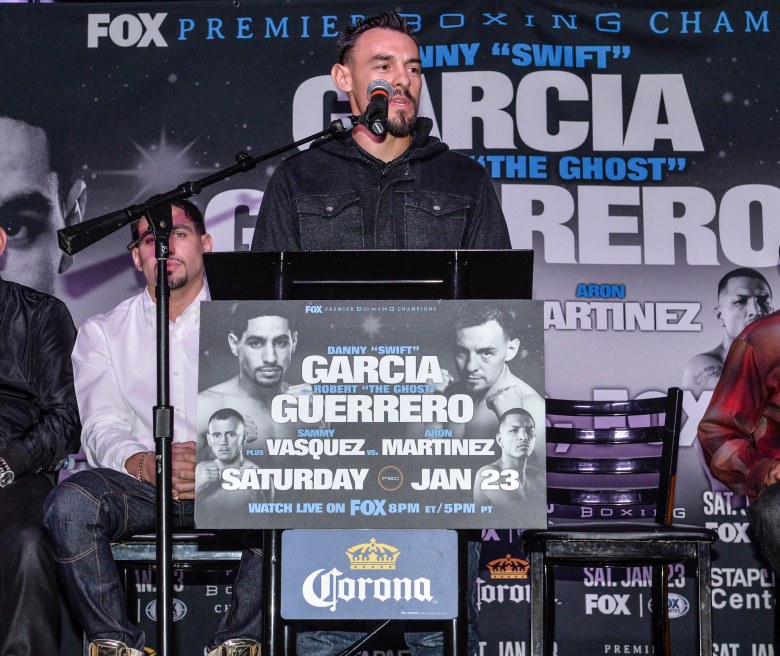 It’s a blessing to be in the position that I’m in. This is going to be a great fight. We know that Danny comes into every fight ready to win.
A lot of people are writing me off, but I’ll come in 100% prepared to take the win on January 23.
This isn’t do or die for me, but it is a big fight. The fans love fighters and that’s what I am. As you saw in my fight with (Keith) Thurman, I come to fight.
I’ve got to take advantage of this opportunity. If I want to get back on top then this is step one. This is a pivotal point in my career.
I’ve got a lot of respect for Danny and Angel, but on fight night I’m coming ready to do business. We can be friends after. I’m excited to fight on FOX. 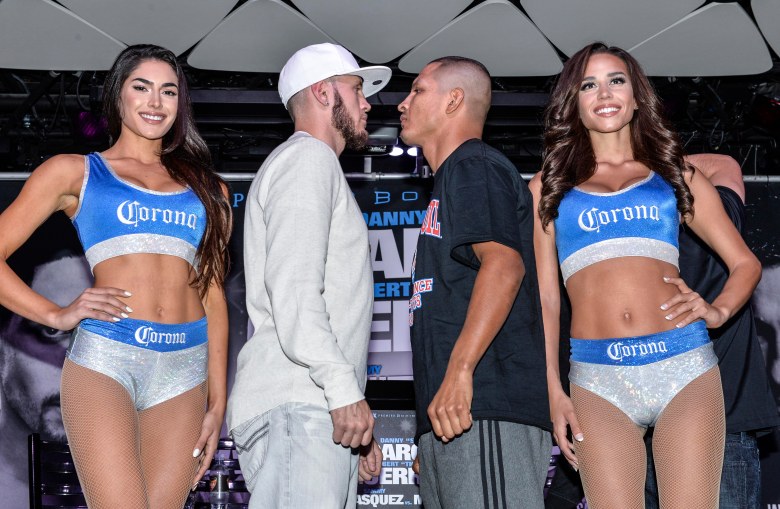 This is because of everything I’ve been through in my life. Now I’m standing here living a dream.
I know come January 23 this is going to be a tough fight. Aron has faced many world champions. He had a close split decision with Robert Guerrero as well.
Honestly, it’s easier to be fighting outside of my hometown of Pittsburgh. I’m so busy when I’m there and I try to give everyone attention. I appreciate having that fan base though. They’ve been with me from the beginning.
The fans are who builds you up. Having those fans has allowed me to get to where I am today.
I’m looking for fireworks. He’s definitely the type of fighter that’s a step-up for me, and that’s what I’ve been wanting. I’ve been saying I’ll fight anyone the put in front of me. Now he’s in front of me, and it’s my time to shine.
I’m coming into his back yard, but this isn’t my first time doing that. I’ve done this before and come out victorious. 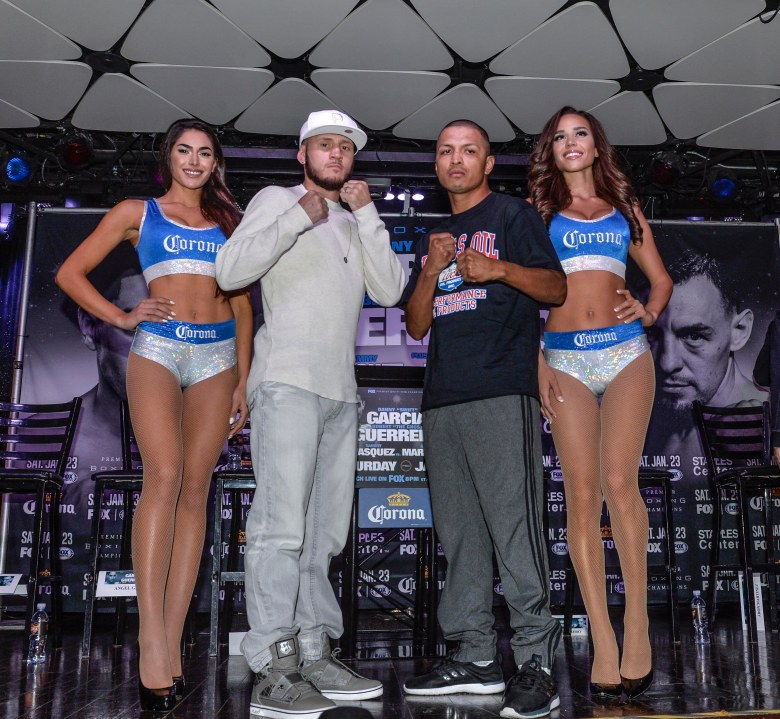 I’m happy to be fighting in my hometown. I grew up here. I can’t wait to fight in front of my people.
Friends are asking me what it’s like to be the underdog. I tell them I’m always the underdog. That’s what makes me work harder.
I cannot let this man come here and beat me in my hometown. It’s a dream come true to be fighting at STAPLES Center, and I’m going to take full advantage of the opportunity to add this win to my legacy.
Hopefully Sammy Vasquez is ready because I’ve trained very hard to get here. I plan to train even harder now, have a great camp right here in the capital of boxing, and finish preparing myself.
I think this fight is going to steal the show. It’ll be fireworks!

We’ve got to take Robert Guerrero very seriously because we know he’s coming to win against Danny.
Danny is 31-0 and I’m going to make sure nobody takes that zero away from him.
The Puerto Rico-Mexico rivalry will heat up. Danny is the best Puerto Rican fighter out there and we’re excited for the chance to prove it January 23 at STAPLES Center.

We’re having a strong camp. This is going to be a war.
Danny Garcia is a good fighter. He can punch. So we’ve got to be ready for all of the things that he’ll bring to the table.
“We have a good game plan and are looking forward to facing Danny at STAPLES Center. We just want to put on a great show on FOX and prove to the world what we’re capable of.