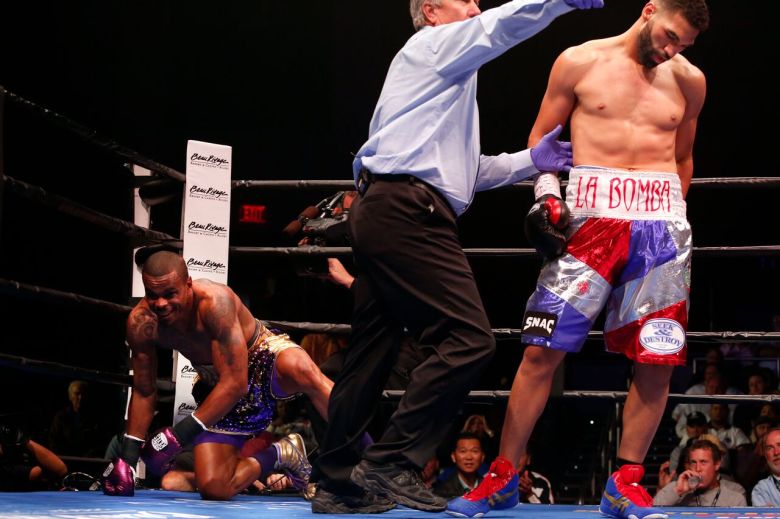 BILOXI, MISS. — Not even a full month after a Fight of the Year level contest between Andrzej Fonfara and Nathan Cleverly, the Premier Boxing Champions brand held another light-heavyweight war last night. This time, former title challenger Edwin Rodriguez got off the deck twice to inflict three knockdowns on Michael Seals and score a dramatic third round TKO at the Beau Rivage Resort and Casino.

A COCKY VETERAN ALMOST GETS EMBARRASSED: The experienced Rodriguez was the favorite coming in and rightly so. Seals had a glossy record (19-0) but hadn’t faced elite opponent. In the opening 30 seconds, Rodriguez was bullying Seals backwards with his strength and scored a knockdown off a hard left. Rodriguez was mugging it up with fans ringside while the count was going, showing a lack of focus that he almost paid dearly for.

When action resumed, Rodriguez came with haymakers looking for the finish. Seals remained calmed, used a left shoulder roll and countered with a straight right. Rodriguez went toppling backwards to the canvas. He was hurt even worse and when dropped again in the final 10 seconds of the opening round, ensuring Rodriguez would be saved by the bell in a “Round of the Year” candidate. 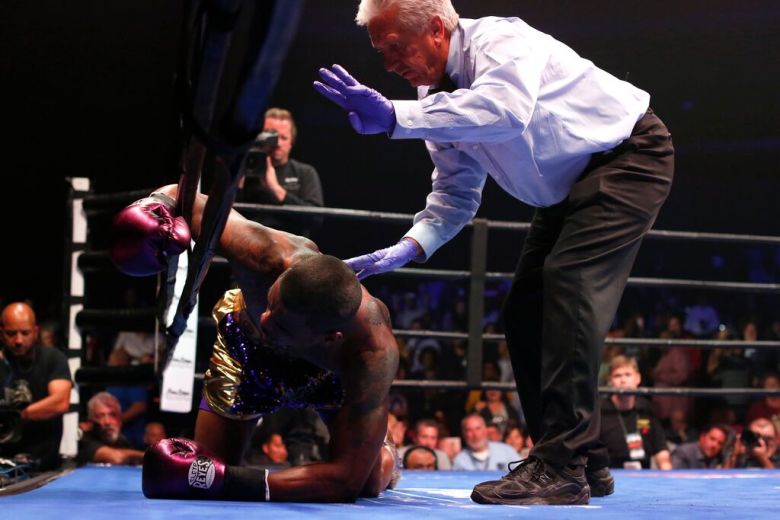 THE SHOULDER ROLL AIN’T FOR EVERYONE: Seals undoing came from is reliance on the shoulder roll. Mayweather’s patented move requires supreme reflexes and timing, something Seals hasn’t mastered. The result? Rodriguez regained control by hurting Seals with several overhand rights. Seals hit the canvas late in the second round and was nearly stopped in the closing seconds.

There would be no further momentum shifts. Rodriguez pounded Seals with more right hands and sent him careening off the ropes for the final knockdown and stoppage 24 seconds into the third.

Seals revealed later that in injury in the first round severely hampered his strategy.

“Every time I threw my jab it landed, but I dislocated my shoulder in the first round,” Seals said. “I had him with my punches. If I had all my tools, there is no way he could have beat me.
I had him beat in the second round. I know it. I felt like the ref was going to stop it. If he stopped it with me, why didn’t he stop it with him?
It was a great fight. He is a tough guy. I want a rematch. Please give it to me.”
RODRIGUEZ VS. FONFARA OR STEVENSON: Rodriguez likes to go to war and made it clear on who he’s targeting in Andrzej Fonfara and Adonis Stevenson. The latter would be for the title and more lucrative, but he has a better chance against Fonfara. Stevenson’s power and speed is too much for Rodriguez and results in an early blowout. He’s still an underdog against Fonfara, but that’s an attrition war that would be decided by conditioning.
[youtube https://youtu.be/ha7aOJva97g]