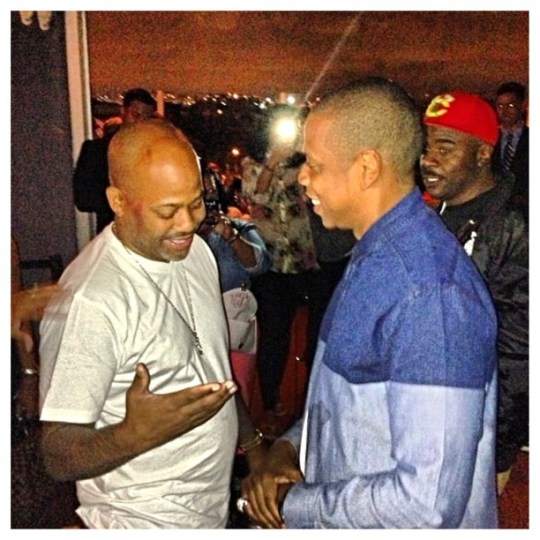 Last night, music executive Chaka Pilgrim’s birthday party possibly became a seminal moment in Roc-a-fella history with the public reconciliation of Dame Dash and Jay Z. The two hadn’t seen each other in years and have always kept their comments about each other reserved in interviews. The ice began to thaw a few weeks back when Dash stated that he enjoyed Jay’s Magna Carta Holy Grail album. He added that listening to it brought on bittersweet memories. Jay followed suit on Hot 97 is stating he was rooting for Dash to turn his financial woes around.

I wouldn’t hold my breath on a “Roc-a-fella” reunion — the magic from that late 90s-early 2000s period is long gone. However, this is a starting point for healing old wounds. They were friends well before they went in business together, and that’s far more important than trying to rekindle fiscal joint endeavors. 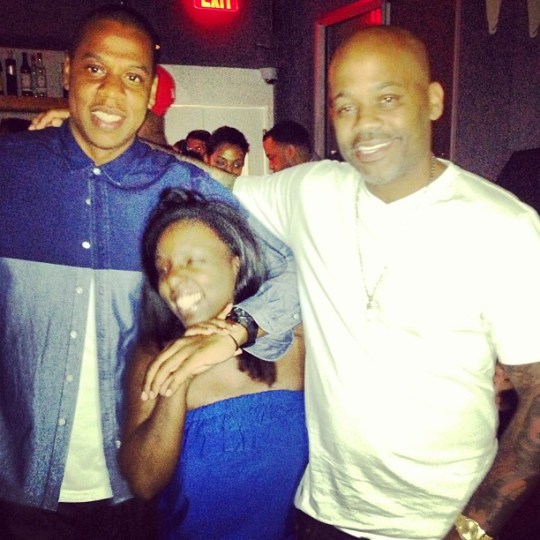