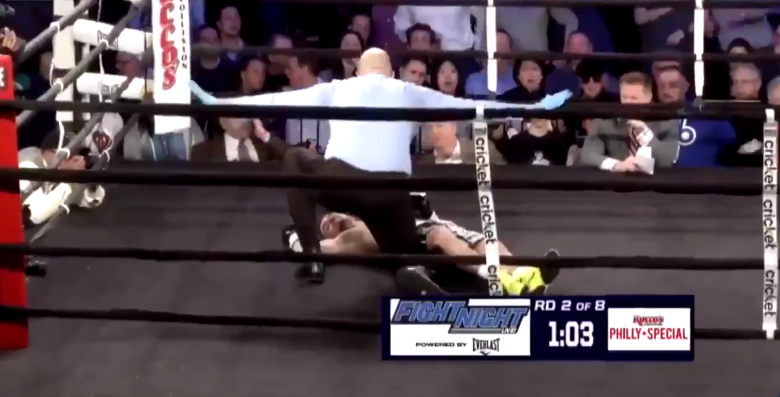 Ruiz, a three-time world title challenger, came into last night having lost five of his last six bouts (the last by first-round KO in October). Carto used his jab to control Ruiz in the opening round and force the veteran to attempt futile counters off the back foot.

Late into round two, Ruiz found the timing he needed to launch a looping, scythe-like left hook just as Carto rushed in.

The shot put Carto out before he hit the canvas.

A murmuring shock resonated through the arena as Carto, a Philly native and hometown favorite, remained unconscious for nearly a minute and was stretchered out as a precaution.

At press time, Carto’s family has reported to Michael Woods that’s Christian is “ok, up and talking.”