Skip to content
Jacobs and Dereveyanchenko will battle for the IBF middleweight title. 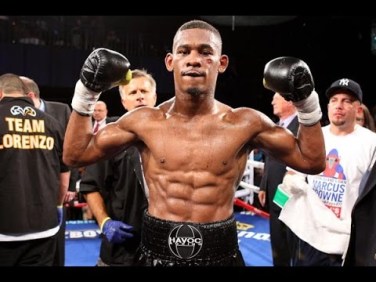 With the threat of a purse bid looming, top middleweight contenders Danny Jacobs and Sergiy Derevyanchenko have come to terms to face off for the IBF title.

Jacobs promoter Eddie Hearn of Matchroom USA confirmed the news on Twitter. Hearn also revealed that the proposed fight will take place in live from New York on HBO.

After weeks of negotiating with my dear friend @loudibella – delighted to agree terms for @DanielJacobsTKO v Derevenchenko for the IBF World title on @HBOboxing – Date coming soon for NY pic.twitter.com/Agp1C6SsVg

Derevyanchenko is promoted by Lou DiBella, who added that the fight will be a co-promotion filled with verbal insults from the two outspoken promoters.

So @EddieHearn and I closed a deal for one of the best fights that can be made in the middleweight division. Imagine that…Eddie and I co-promoting a big fight! He’s still a cheeky little bastard, but I look forward to a big card…and some good, nasty back and forth. 😉 #boxing https://t.co/2x2BMwlgVp

According to BoxingScene, the proposed fight dates are either October 20 or October 27. The fighters share a trainer in Andre Rozier and have sparred regularly throughout the years. However, Rozier has confirmed he will train Jacobs as their partnership goes back to Jacob’s teenage years.

Jacobs and Derevyanchenko will be challenging for the IBF title that was stripped from Gennady Golovkin for taking a optional May defense instead of facing Derevyanchenko, his mandatory challenger.

Derevyanchenko’s last in-ring appearance was a sixth round corner stoppage of Dashon Johnson in March. Jacobs is coming off of 12-round unanimous decision over Maciej Sulecki in April.

This is a very good fight and welcome news for a middleweight division that was in danger of stagnating. Everyone was waiting for Golovkin and Canelo Alvarez’s next move. It feels like guys are starting to realize they’ll bring more bargaining power to the table by securing high-profile wins. And what better win can you get than becoming a champion?

If Golovkin beats Canelo in September, it’s all but assured he goes after WBO title-holder Billy Joe Saunders. Whether Canelo wins or loses, he has an agreement to take a soft touch next against Spike O’Sullivan. That gives the top middleweights a good 6-8 months to make themselves relevant enough to earn a big money fight late next year. Let’s hope guys like Demetrius Andrade and Jermall Charlo follow suit.