Both fighters weighed in below the featherweight limit at 125. 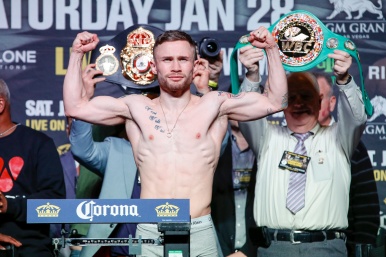 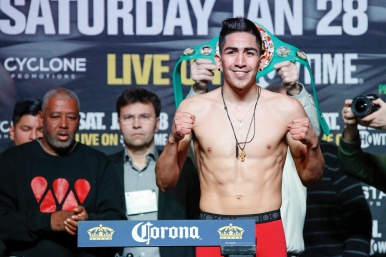 PREDICTION: At the lower weights, Santa Cruz was able to wear guys down and eventually overwhelm them with his size, punch output and pressure. But at 126, the size advantage isn’t as pronounced, allowing a skilled pugilist like Frampton to keep Santa Cruz at bay with sharp counters. Santa Cruz doesn’t have the technique to outbox Frampton nor can he bulldoze him without getting rocked (like early in the first bout).

In other words, there isn’t much room for improvement I can see from Santa Cruz. Unless Frampton has regressed (not likely), I expect him to get another clear decision. 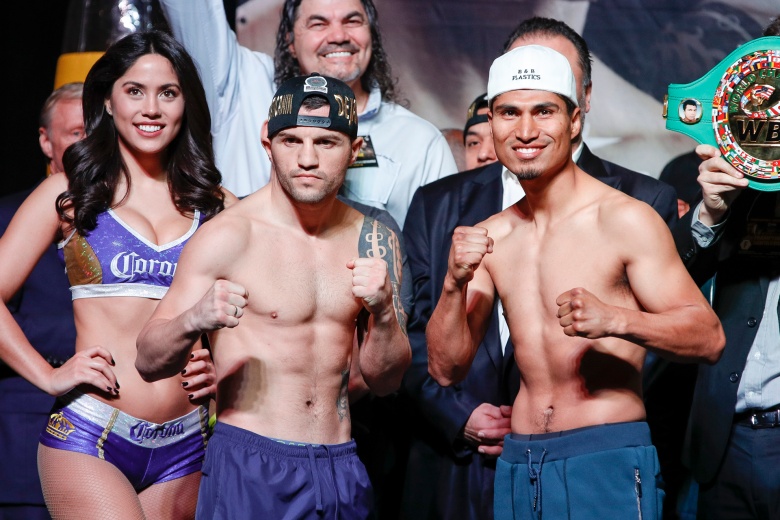 PREDICTION: A lot of people are worried for Garcia and with good reason. Zlaticanin is a southpaw pressure fighter that excels in punishing inside work. His right hand has serious pop but it’s usually the looping left hook that puts guys down. In an interview I’ll be posting tomorrow, Garcia explained he’s worked extensively on his right-hand counters. Short, compact punches (particularly the uppercut), will do the most damage. However, it remains to be seen how effective Garcia’s power will be against a full-fledged lightweight. After getting rocked and put in some trouble early on, I see Garcia adjusting to Zlaticanin’s rhythm and outboxing him to a tough unanimous decision.

Opening the card is the undefeated David Benavidez taking on Sherali Mamadjanov in a super middleweight bout.