Now we know why Joe Budden has dropped two disses at Drake... 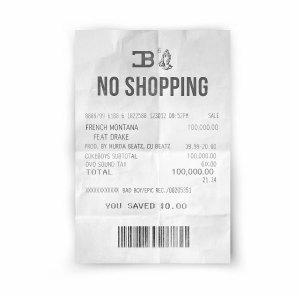 Now we know why Joe Budden has dropped two disses at Drake. Back in May, we heard a snippet of Drake’s verse for this French Montana track “No Shopping.” If you’ll recall, this song came on the heels of Budden ranting on his podcast that Drake’s Views From the 6 was “weak.” Drake retorted by keeping his thoughts on Budden’s career short and sweet.

Pump, pump, pump it up / She got a good head on her/ But I pump it up/  I’m not a one hit wonder/ They know all my stuff/ You let me turn into the nigga you almost was.

Although it would be interesting to hear Drake address Budden’s two subsequent disses (“Making a Murderer,” “Wake“), this will probably be the extent of their “battle.” Production credits for this track are from 40 and Murda Beatz.