Working with Eddie (former world champion Eddie Mustafa) has been great. He brings out the best in me. He’s an old-school fighter, a great champion who’s been in there and knows what I go through. Taking nothing away from Roger Mayweather, but Eddie has really been helpful in correcting my mistakes, which is just what I needed.

I’ve gone through other trainers, but I’m just comfortable with Eddie. Rather than change me all around, he wants to enhance on what I already do. We’ve been working very hard

I expect to be very elusive and quick tomorrow night. I’m facing a veteran. I don’t want to mess around with this guy. I’m gonna let my hands go. He makes a lot of mistakes, and I want to take advantage.

I’m not trying to sound too confident, but I’m just gonna do what I do best and utilize my ability and skills. I’m not worried about a thing. This is it for me. I have to make a statement. I just want to impress. I always want to impress whether I’m on TV or not. I want fans to want to see me.

I lost a brother earlier this year. He had nine kids. I treat them like my kids now. The oldest is 13, the youngest is 6 months I don’t hesitate to do anything for any of them. I love them to death. They keep me going. That’s why I do this, to take care of them, my family, my mother and my sister.’

This is my most important fight. It’s do or die for me. I came here to win, not just to get a paycheck.

I feel great. I haven’t fought in a long time, but I’ve always been in the gym and I’ve had plenty of notice (five-six weeks).

I’ve had really good sparring [sessions] and I’m ready. I’ve sparred for many years with Bernard Hopkins. I’ve learned so much, especially about being patient. The thing is, when you spar with Bernard, he treats it like a fight. You make a mistake, he makes your pay. If you get tired, he makes you pay. So I am ready.

They picked me for this fight. I don’t know what they’re expecting, but I’m coming to take what he’s got, to get myself where I can be to position myself for a world title fight.

I plan to go to him, take it to him, like I always do. He’s gonna come out and do what he’s gonna do, and I’m gonna do the same. I expect he’ll move a lot and want to jab, but if he jabs with me, I’ll jab with him. I have a good jab myself. I’ll adapt to whatever he does. But I know I have to pressure him. I don’t think he can do what some of my other opponents did to me.

I want to throw a lot of punches. I’m not going to try and unload or be crazy in there, but I want him to do things he does not want to do. I want to make sure this fight goes my way, not his. 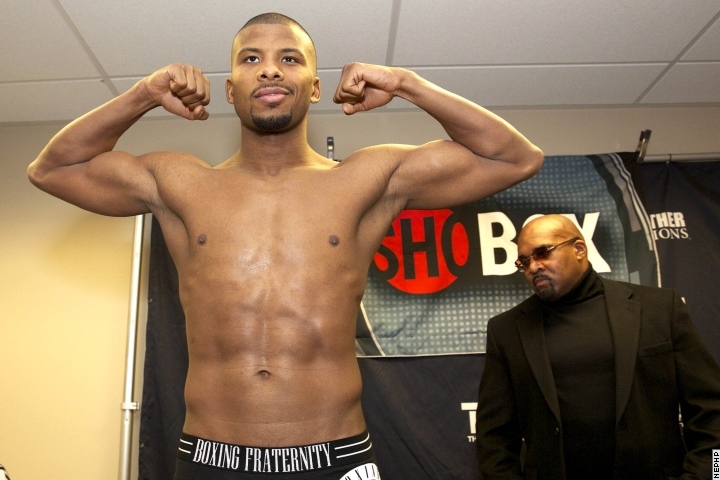 I felt that I should have thrown more punches in my last fight against (Marco Antonio) Periban, but I still felt I won. I landed more punches than him in every round but the sixth and I landed the harder shots. There’s nothing I can do about the decision except chalk it up as a learning experience.

I feel I’m right there with all the top guys in my division. I have the skills and I work hard. I’ve seen two or three rounds of Medina’s fights on YouTube. He’s a typical Mexican fighter who comes forward. I know I won’t have to look for him.

I plan to work smart, work behind the jab but go for the kill, too. I want to break him down.

“It’s important for me to win impressively and make a statement. I’m hungry and looking to fight the winner of Sakio Bika and Anthony Dirrell (Saturday on SHOWTIME CHAMPIONSHIP BOXING). I’ll be there live at ringside watching their fight at Barclays Center.

This is my first fight in America and I’m very excited and happy about this opportunity. This is the kind of fight I’ve always wanted, a chance to prove that I am first class and that I belong at this level.

I’ve have two months to prepare. I’ve done a lot of strength training and feel comfortable fighting at 168. I saw Jack’s fight against Periban. I know he’s a strong fighter and likes to work the body. But I can punch or box and I’m ready for anything. I think Periban had Jack hurt a couple of times but didn’t capitalize. I’m going to try and pressure him. I won’t let him back off and won’t give him time to come back.

This fight is obviously very important. He’s a highly ranked guy. But he’s not the greatest and I’m not scared. I’m confident I can close the year out with a victory. That’s why I am here – to win. 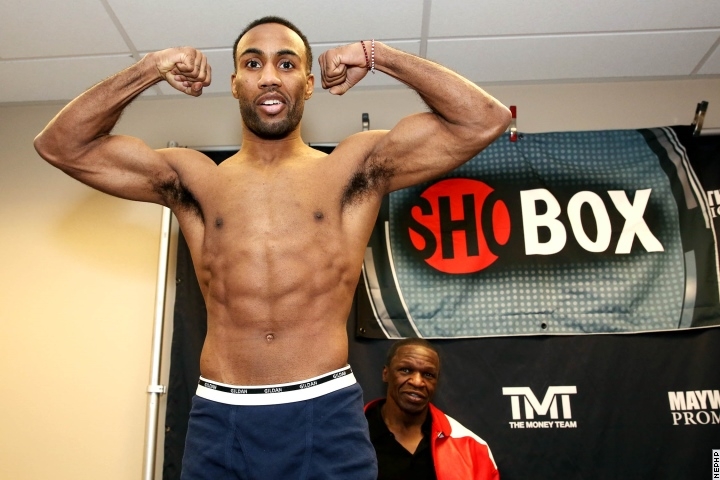 I’ve always overcome adversity. Things get thrown at you in life, but you’ve got to overcome them. I continue to work very hard and remain confident in my skills. I have a strong spirit, a strong character. With the management team I have behind me, there’s no doubt I can still go all the way to the top.

John Molina hit the lottery in my last fight. He didn’t beat me, I beat myself. If he wanted to fight me again, he’d be here. Until getting caught in the last round, it was one of the easiest fights of my career. I blame myself for what happened. I could have just run around that last round and still won easily, but I kind of showboated. I thought the final bell was near. I was looking at the crowd.

It’s the kind of thing that never should have happened. I usually stick to my game plan, but I got overly relaxed, had the fight totally won. To win all the rounds and lose was definitely a very humbling experience.

I’m really looking forward to winning tomorrow so I can start looking ahead. I’m excited to be back in the ring again. Cardenas is a good fighter, but I feel I can out-skill anybody.

I’m 100 percent ready condition-wise. I’ve had hard, great sparring. I’ve been working on defense, trying to use a little more strategy and not just brawl.

This is my first fight in a while but I’m coming to win. This is the kind of fight that will position me in the future for bigger and better things against other ranked fighters. Bey is a good, strong fighter but he’s coming off of a KO loss.

I’m coming to fight. I’m confident in my power. I want to attack and finish him. I’m not going to waste time. This is definitely a tremendous opportunity for me.

I’m looking to take care of business and get ready for next one. I feel I’ve fought good opposition and have more experience than my record shows. I’m fighting smarter and listening to my corner better. I think and feel like you’re supposed to — that becoming a world champion is just a matter of time. That’s always been my goal. I’ve always wanted to be the best, whether it was fighting pro or amateur.

I go in feeling I can beat anybody. I’m confident in my punches. I’m showing more patience. I’m not just trying to make things happen like I once did. If I continue to do the kinds of things I’m supposed to do, there’s no doubt I’ll be a champion.

I’m really excited to be fighting on ShoBox. I’ve fought on a lot of SHOWTIME cards, but this is my first time on television. I don’t know a lot about my opponent except for his record. I’m just excited for this opportunity. I want to get the knockout.

“I think this is a good fight for both of us. I’m a puncher. He hasn’t fought a lot of name fighters, but he’s a good, young fighter. This was the kind of fight I wanted and I jumped at the chance to fight him.