Skip to content
"I think my main target is both Nishioka and Arce," Donaire explained. "Beating Jhonny Gonzalez and Rafael Marquez a couple of weeks ago has moved Nishioka up to the top of that list. They are the two guys I have my eyes on in the 122 pound category. In terms of difficulty I think Nishioka being a southpaw would be a much more difficult fight than Arce. 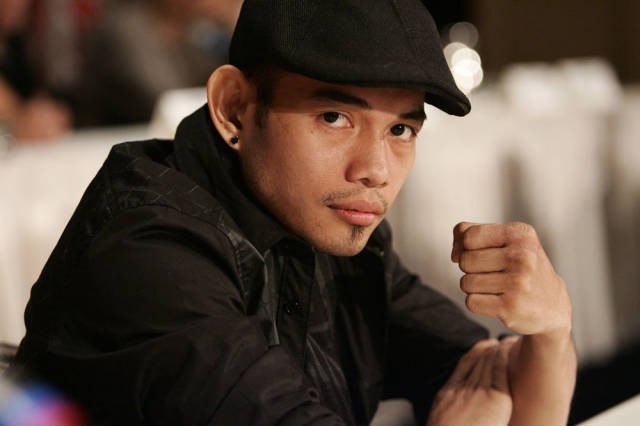 On the night of February 19, Nonito Donaire landed a left hook that was supposed to make him a star. The victim was then WBC bantamweight champion Fernando Montiel, widely considered one of the division’s best and a Pound 4 Pound fighter. Donaire used him for target practice and short-circuited the Mexican titlist’s faculties with one lethal left hook. The sensational second round TKO was supposed to be the turning point of the 28-year-old Donaire’s career where he went from best kept secret to mainstream boxing star. Instead, it was a turning point to lawsuits after a poorly timed attempt to switch promoters from Top Rank to Golden Boy lead to Donaire spending the hottest months of his career in legal arbitration. With those issues now resolved, Nonito Donaire’s final bantamweight fight tomorrow night (October 22) finds him trying to re-establish the momentum and excitement that made him the talk of Pound 4 Pound rankings just eight months ago.

Standing in Donaire’s way is a formidable opponent in veteran Omar Narvaez. The challenge is not so much the danger of Donaire losing, but if can he look good and make a statement against a fighter known for his defensive acumen. Donaire concedes the point, but makes note of his recent track record of displaying devastating power in early, brutal dispatches of high-class fighters in Montiel and Volodymyr Sydorenko.

“We know we have the advantage in height, speed and the power,” said Donaire. “One thing he has is the advantage in experience. We want to think he can’t handle the power. Omar is shorter and its going to be tougher than Montiel. Montiel is an offensive guy and that’s why we were able to take him out. Those guys tend to lack defense. With Omar he’s very experienced and short. He tends to be very defensive sometimes as well. But if I get him in the right moment we know I can take him out as well. Finding that moment will be harder.”

Before getting back to business in the ring, Donaire had to resolve outside the ring business that had become increasingly hostile. Donaire’s attempt to jump ship to Golden Boy put him right in the middle of a personal feud between CEOs Bob Arum and Oscar De La Hoya. Arum criticism of Donaire’s move became highly personal when in a video interview he referred to Donaire’s outspoken wife Rachel as a “tart.” When a judge ruled that Donaire still had a binding contract with Top Rank, the next step was attempting to mend the ill will from words that could now not be taken back. While Donaire is quiet on details of his mediation meetings with Top Rank, he does state they both came to an “understanding” that will allow them to do further business.

The first step is becoming more active. The main reason Golden Boy was able to woo Donaire away was their promise of bigger fights, something Donaire lacked for years as he toiled away on Top Rank “Pinoy Power” pay-per-views. Ironically, Donaire’s aborted jump may have been the move needed to push Top Rank into landing him more marquee fights. Already on the horizon for 2012 are potential matchups at 122 pounds against Jorge Arce and Toshiaki Nishioka.

“Our relationship has been closer than before. It’s been an upgrade,” Donaire says of Top Rank’s work since the reconciliation. “After Montiel I knew there would be bigger fights ahead of me. If I look good in this fight against Omar Narvaez I know there are fights ahead against Jorge Arce and the other guys at 122. Then I could move up to 126. We’re hoping to have at least three fights next year. We should be able to make it happen by starting again in February of 2012. And then May and June for the second fight. By hopefully staying healthy I can get in three fights.”

The “staying healthy” mantra is the main reason Saturday night’s fight will be Donaire’s last appearance as a bantamweight. Unlike most fighters, Donaire is frank in admitting his problems early in camp with making the bantamweight limit of 118 pounds. Things turned for the better once the Filipino champion got under 125 pounds.

“We’ve had issues in the last few weeks where breaking past 125 pounds was difficult,” he stated. “But once we shed that weight its been easier than I expected. I thought I was going to die and all this stuff. Everything has been great with my work ethic and the mentality I have. When I say I’m going to make the weight, I’m going to make it. I’ve never failed to do so and I’m not going to start now.”

Although the top fighters at 122 will likely preoccupy Donaire’s 2012 fight schedule, Top Rank has already begun subtle mentions of Donaire possibly being an opponent for featherweight champion Yuriorkis Gamboa. To have what many critics see as a competitive superfight two divisions above your current weight class speaks to the high regard Nonito Donaire’s boxing skills are held. Nonetheless, the far off nature of a Gamboa showdown shows in his lack of enthusiasm in talking about the matchup. He becomes much more exicted when discussing his potential super bantamweight matchups.

“I think my main target is both Nishioka and Arce,” Donaire explained. “Beating Jhonny Gonzalez and Rafael Marquez a couple of weeks ago has moved Nishioka up to the top of that list. They are the two guys I have my eyes on in the 122 pound category. In terms of difficulty, I think Nishioka being a southpaw would be a much more difficult fight than Arce. But Arce is ready for war and I think that would be a fun fight. In terms of skill and being tricky Nishioka is the tougher fight.”

Does this mean he’s lost interest in preparing for Omar Narvaez?

Donaire laughs, “The focus is on beating Narvaez. I never think too far ahead.”

Donaire vs. Narvaez will be for Donaire’s WBO and WBC bantamweight titles. The championship match will be broadcast live on HBO October 22 at 10:30 p.m. ET.