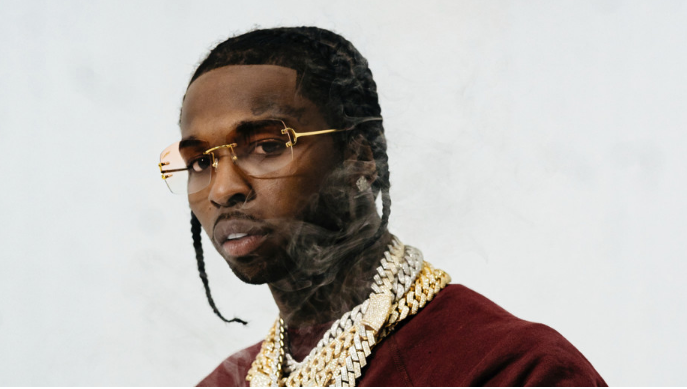 A budding star loses his life in a home invasion robbery.

Pop Smoke, the rapper name of 20 year old Bashar Barakah Jackson, has been killed in a home invasion robbery.

Per TMZ, Jackson was alone when at least four masked men broke into his residence at 4:30 a.m Wednesday morning. The intruders fired multiple shots before fleeing on foot.

Law enforcement sources have confirmed that a party took place shortly before the shooting.

UPDATE – Initially, sources speculated the shooting was caused by a botched robbery. However, several sources who’ve seen the surviellance video believe Pop Smoke was the victim of a targeted shooting.

All four perpetrators are said to have snuck around the back of the home. Three of returned to the front while the fourth man and shooter entered from the back entrance and left through the front door after the crime.

Earlier this month, Pop Smoke released Meet the Woo 2. The mixtape became his highest-charting Billboard release, debuting at #7 on the Top 200. His 2019 single, “Welcome to the Party,” was later remixed by Nicki Minaj and remains his highest charting single at #48 on the Billboard R&B/Hip-Hop list.