Skip to content
Ortiz-Wilder is back on the table for early 2018. 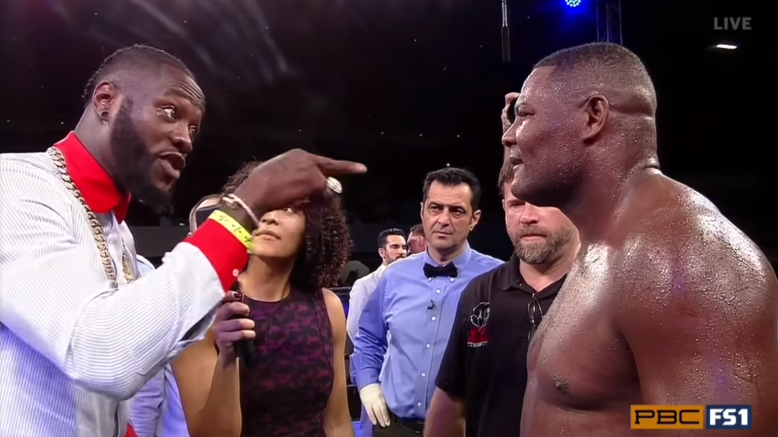 Luis Ortiz has cleared the way for another Deontay Wilder title match attempt with a second-round KO over Daniel Martz.

Although Ortiz came into the ring equaling a career-high weight of 242, he had no issues dominating the inside action against the towering 6’7, 260-pound Martz. The journeyman first went down from a left uppercut to the body, and for good in the same round off a counter straight left.

Ortiz immediately had words for Wilder, who was on ringside commentary. The WBC title-holder entered the ring and vowed to give Ortiz another title opportunity Their first attempt in November was canceled after Ortiz tested positive for a banned substance. He was fined $25,000 and banned for one year by the WBA.

As speculated, the public barbs between Wilder and Joshua are for show. Neither fighter is in a hurry to make the fight when they can face lesser opponents and build to a bigger showdown in late 2018-early 2019. And while Joshua’s path until that fight is easier on paper (Parker, Fury), Wilder taking a loss against Ortiz is a legit possibility.

Despite this, Wilder is doing the right thing. He desperately needs high-level opposition to prepare him for Joshua. A fight against Ortiz does that way more than beating up on someone like Dominic Breazeale (who Joshua has already KO’d). And with Ortiz being 38 years old and having less than two rounds of action in the last year, the time for Wilder to strike is now.