Skip to content
Ward comes back for a surprise win. 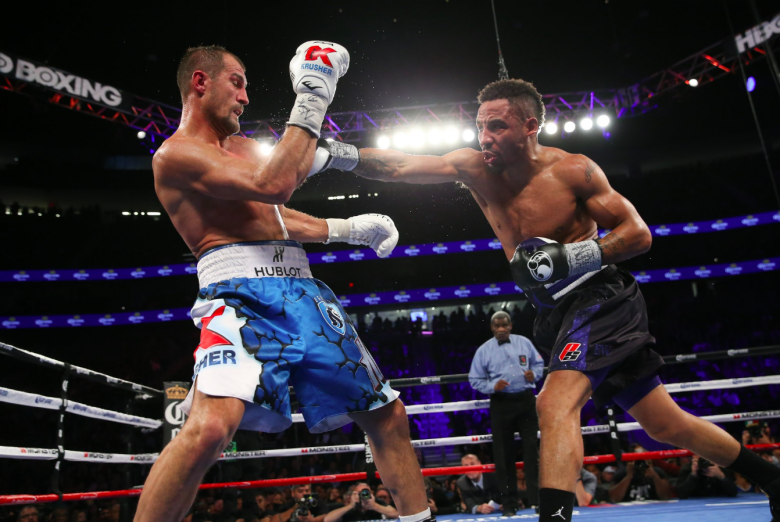 LAS VEGAS — It was dubbed a fight to crown the Pound 4 Pound best and it delivered. Andre Ward was hurt in the first round and dropped in the second, but mounted a gradual comeback behind a strong body attack to take a narrow 114-113 win on all scorecards.

Ward was stunned by a jab in the opening round and forced to hold. In the second, Kovalev floored the challenger with a perfect right hand. Kovalev continued his aggression behind the stiff jab and right hand, but Ward responded strong in the third by countering to the body and working the left hook. The remaining rounds were a seesaw of momentum on both sides. Ward got more moments for inside mauling where he slowed Kovalev with hard body shots. Although Kovalev was not able to replicate the clean shots landed in the opening rounds, he still manged to back Ward up with counter jabs and right hands.

The fight would come down to the 12th, where Kovalev landed the harder head shots, but Ward continued his solid work downstairs. Ultimately, the judges preferred Ward’s offense, and he won the round on all the judge’s scorecards.

The win gives Ward the WBA, WBO and IBF light-heavyweight titles and sets the stage for a lucrative rematch.

What a fight! On my scorecard, I had 115-112 for Kovalev, believing the knockdown pushed him ahead in a close bout. I had Kovalev taking rounds 1, 2 (w/ knockdown), 4, 6, 9, 10, and 12. Ward took rounds 3, 5, 7, 8, and 11. However, there were at least two close rounds on my card where I had some doubt before I tallied the final score. In Vegas, judges prefer aggression and for whatever it’s worth, Ward was the one who looked fresher and landed the most consistent punches on the second half — the body shots. And while the crowd should not influence judges, we know it does and there were wild cheers for Ward’s comeback likely played a part in the favorable scoring.