If Canelo Alvarez is victorious against WBC middleweight champion Miguel Cotto on November 21, the Mexican star will have a formidable first defense against WBC mandatory and unified WBA/IBF titlist Gennady Golovkin. 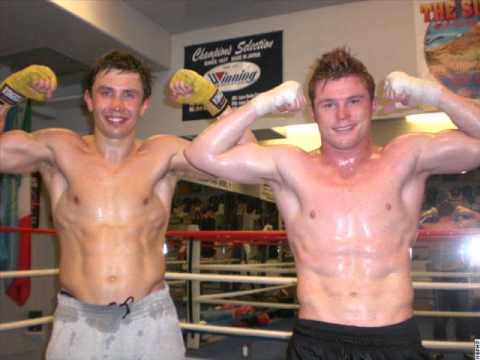 If Canelo Alvarez is victorious against WBC middleweight champion Miguel Cotto on November 21, the Mexican star will have a formidable first defense against WBC mandatory and unified WBA/IBF titlist Gennady Golovkin.

But Canelo has a non-negotiable condition in order for that fight to happen. In an interview with FightHype, Canelo made it clear that Golovkin would have to agree to a 155 pound catchweight to make the bout happen.

Canelo has competed at 155 for his last three bouts against James Kirkland (KO3), Erislandy Lara (SD12) and Alfredo Angulo (TKO10). His fight against Cotto will also be contested at 155.

In his nine-year career, Gennady Golovkin has never weighed less than 159.5. Golovkin equaled this weight last Saturday when he scored an eighth round TKO over David Lemieux. Earlier this week, Golovkin declared that he would not entertain a catchweight for the Canelo/Cotto winner.

This is the type of stuff that mires intriguing matchups. For all intents and purposes, Canelo has been a middleweight for his last 3 fights — anything between 155 and 160 is middleweight. Essentially what he’s saying is he’s not confident enough that he can beat someone his own size. Canelo weighed 174 on fight night against Angulo, which is roughly the same amount Golovkin comes in at. The best boxing matchups are ones where each fighter is at their absolute best. Golovkin would be drained at 155 and so would my interest in the fight.

Unfortunately, this is where we are with boxing. If the reports are true about Golovkin generating only 150,000 ppv buys against Lemieux, then it shows that he desperately needs a big name dance partner to get him over the hump. Around middleweight, the Cotto/Canelo winner is the only one that fits the bill. He may have no choice but to bow down to any catchweight demand.