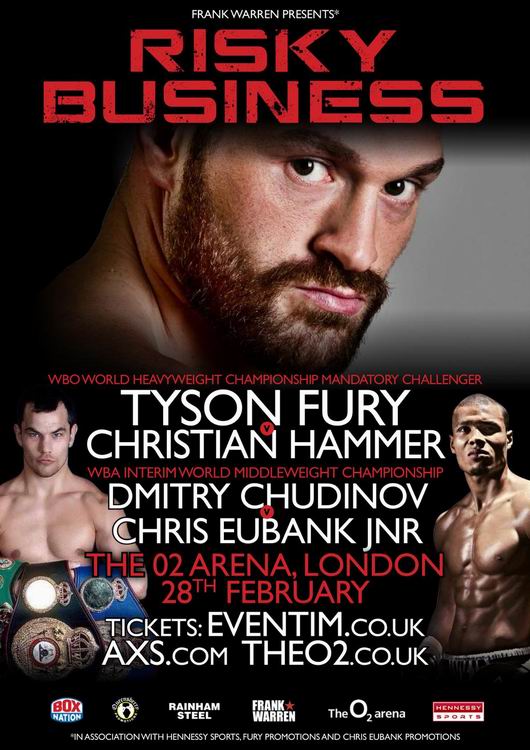 The 6’9 Fury’s skill, coupled with a significant reach advantage, was evident from the opening bell. Hammer struggled to get past Fury’s jab and punching angles, as Fury unpredictably switched stances from orthodox to southpaw.

Fury kept the fight at a casual, sparring session-like pace until dropping Hammer in the fifth with a right cross. Hammer beat the count, prompting Fury to up his aggression by fighting inside and bullying Hammer with short hooks. While never close to being stopped, Hammer appeared discouraged after receiving a few power shots to close the eighth and opted to retire on his stool.

As the #1 contender for Wladimir Klitschko’s WBO title, Fury affirmed afterward that he wants his title shot next and later hopes to unify with WBC belt-holder Deontay Wilder. 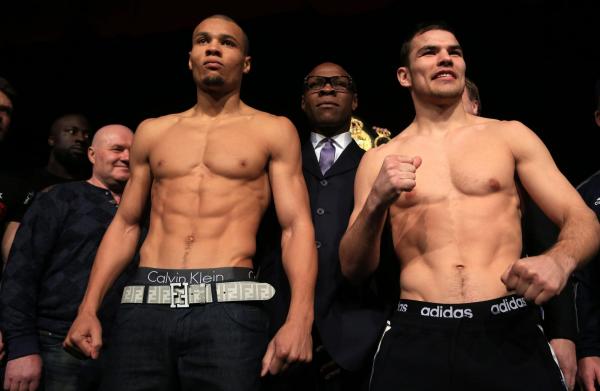 The action in the early rounds was stifled by the holding and mauling of Eubank, who utilized this strategy anytime Chudinov got close. However, Eubank used his superior athletic ability to land quick combos before Chudinov could retalitate.

Chudinov’s vision was compromised by a deep cut above the left eyebrow due to an errant elbow. As the rounds progress and the punishment mounted, the cut widened to the length of the eyebow.

Eubank hurt Chudinov repeatedly over the second half of the bout. The referee and ringside doctor took several looks but opted to let the bout go into the championship rounds where Eubank unleashed a fury of hooks to begin the 12th. Chudinov survived the first onslaught, but the referee elected to stop the beating once Eubank went into his second prolonged attack.

“I had to stop beating him up and say [to the crowd] he’s a hell of a fighter,” Eubank Jr. quipped during his post-fight interview. “Saunders, wherever you are, I want my rematch. The boxing public knows I’m a league above him… I’m ready for redemption.

“I went in there saying I was going to show my speed and flash. But he wouldn’t stop coming, so I had to fight.”

Billy Joe Saunders, who defeated Eubank Jr. in November by split decision, was ringside doing commentary and welcomed a rematch.