Skip to content
WASHINGTON, DC -- Adrien Broner completed his final media workout yesterday for his first pay-per-view appearance on May 3 against Carlos Molina. During the workout, Broner spoke about being "humbled" by Marcos Maidana and his desire to still pursue a rematch. In addition, Broner's trainer Mike Stafford weighs in on what changes he's seen in Broner since the December upset... 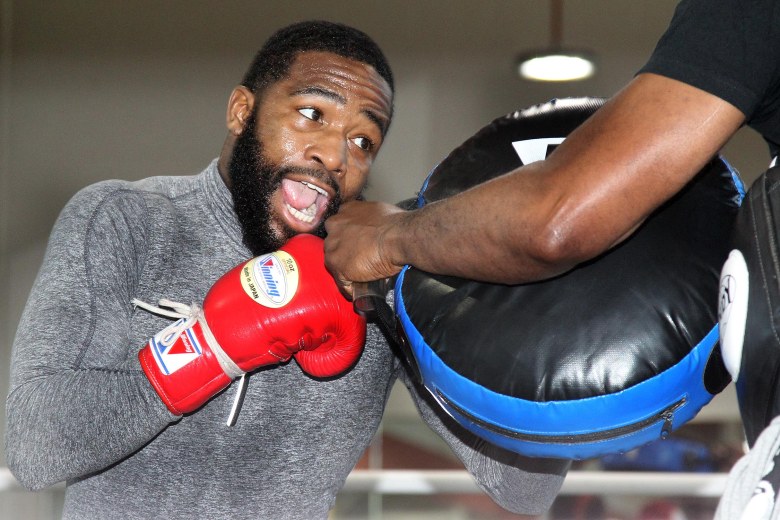 WASHINGTON, DC — Adrien Broner completed his final media workout yesterday for his first pay-per-view appearance on May 3 against Carlos Molina. During the workout, Broner spoke about being “humbled” by Marcos Maidana and his desire to still pursue a rematch. In addition, Broner’s trainer Mike Stafford weighs in on what changes he’s seen in Broner since the December upset.

This fight is huge for me. Everyone wants to see what Adrien Broner is going to do next after this devastating loss I took in the early part of my career. I know why everyone has their eyes glued to me.

Floyd is going to do what he’s always done, stay on top and get a victory. Everyone one knows what I’m going to do in my comeback fight.

Being on this undercard means a lot it mean a lot. It means a lot to know I play a big part in boxing. It is great to be on this card.

In this era, you can’t talk about boxing without bringing up Adrien Broner.

I am the CEO of Band Camp. It’s a positive movement with music and boxing. Everyone has a role and we are moving up.

I’m trying to have some fun. I will be pretty, fresh, fly and still flashy.

People want to know if the loss [against Marcos Maidana] has humbled me and of course it has. If I would have won that Maidana fight people would be calling me an asshole. People still call me that, but now I thank God that he slowed me down in my tracks even though it is still a heavy and fast train. Right now, Denzel Washington couldn’t stop this train.

People will always have their opinions on how hard you trained, especially when they only see you on fight night. Boxing is all hard work. I don’t care what level you’re on.

I talk to Floyd all the time, he’s a big brother and a mentor. Why not fight on his undercard? I’m helping him and he’s helping me. It’s a lovely thing, who would have ever thought we’d be fighting on the same card?

You never know what to expect from an opponent until you hit that ring, but I can tell you that I will be victorious and it will be in a spectacular way.

‘The Moment’ is one of the biggest fights in boxing history and why not pay back my big brother and fight on his card?

When Floyd beats Maidana, it is going to be the same as the other opponents who have lost. It would still be a big fight for me to fight Maidana.

Behind good losses always come a good win and next Saturday night Adrien’s going get an excellent win.

Sugar Ray Leonard, Muhammad Ali, even Bernard Hopkins. All these guys took losses but they came back and were victorious. We just have to get back to a world championship shot again.

Camp is going well. He looks just as good as he did for the Maidana fight, he just has to maintain his weight at 147.  He was at 139, so he had to eat more.  Now he doesn’t have to eat as much.

Everyone wants to fight Floyd for the money. If Maidana had lost to Adrien his career would have been done, but if Maidana loses to Floyd, he will still have plenty of guys to fight. The timing was right for Maidana.  After his victory over Adrien, Floyd noticed him and realized that it would be a good fight. 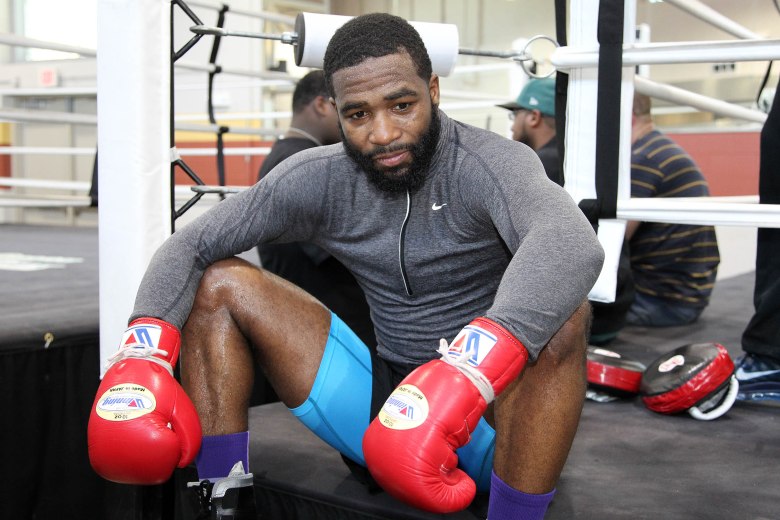