Skip to content
LOS ANGELES, CA -- Last week on the eve of 4th of July, Floyd Mayweather and Saul "Canelo" Alvarez attracted an estimated 10,000 fans to the Nokia Plaza at L.A. LIVE... 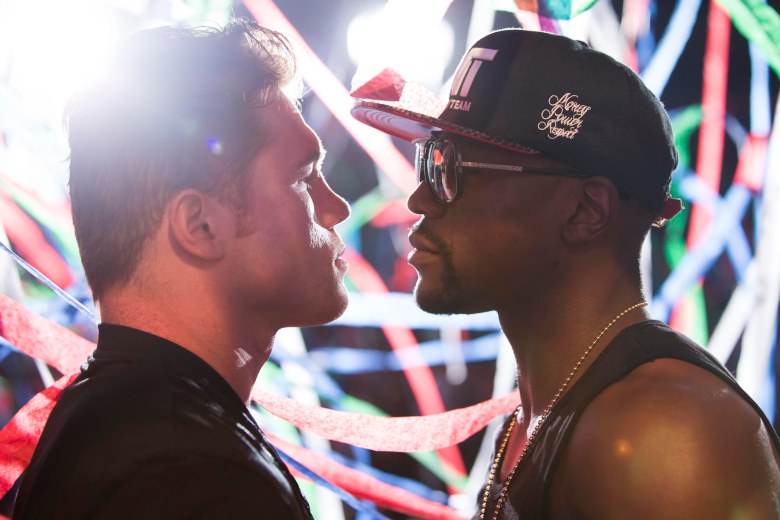 LOS ANGELES, CA — Last week on the eve of 4th of July, Floyd Mayweather and Saul “Canelo” Alvarez attracted an estimated 10,000 fans to the Nokia Plaza at L.A. LIVE. The fighters, perhaps emboldened by the raucous crowd that was mostly pro-Canelo, were more forceful on this occasion when it came to their boasts of victory. With the press tour now wrapped up, the attention this week now turns to the undercard and the big question on if we’ll the anticipated matchup between Danny Garicia and Lucas Matthysse.

They [Canelo’s camp] never said a word in the first nine cities. They were totally quiet. Now, all of a sudden we’re in L.A. and they’re talking big like, Canelo is the king.  Well, as you saw, if you shoot shots at me, I’ll shoot shots back. How you react to me is how I’ll react to you. You show me respect, I show you respect.

Every time they give a fighter a huge buildup, I bring them down. It’s so crazy. Canelo is a great, young, strong champion, but he’s never fought on pay-per-view unless he’s been on one of my undercards. I’ve been here before, done it all for 17 years.  Does he belong in the ring with me?  We’ll just have to see, but I haven’t seen it yet.

Was I more popular on the tour? It’s not for me to say.  It’s up to you to decide.

I’m not going to lose.  This is the fight the fans wanted to see.  I’ll be ready whether and I have to box and move, or stand and slug.  Mayweather is a very difficult fighter, one of the best, and he has a very difficult style.

We plan to study a lot of tape, especially his first fight with Jose Luis Castillo, who gave him the most problems.  I know I haven’t reached my peak yet and that I still have a lot to learn, but I wish it was September 14 already.  It’s an honor for me to be fighting on such an important weekend like Mexican Independence Day.

I was able to run on a treadmill at the hotel every couple days. I think my weight today is about what it was when we started. 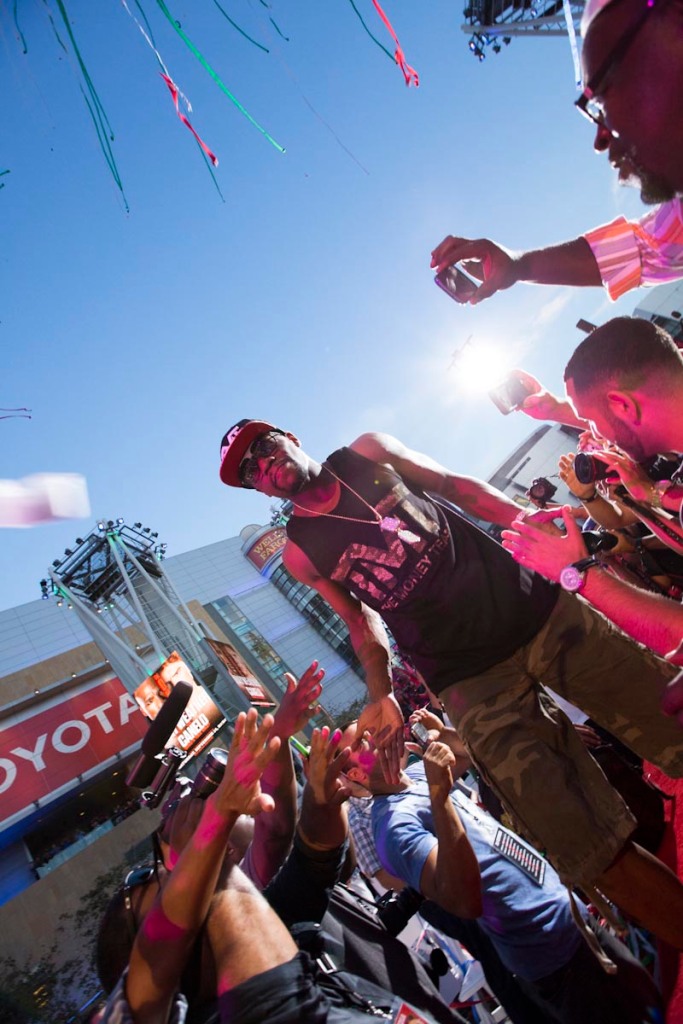 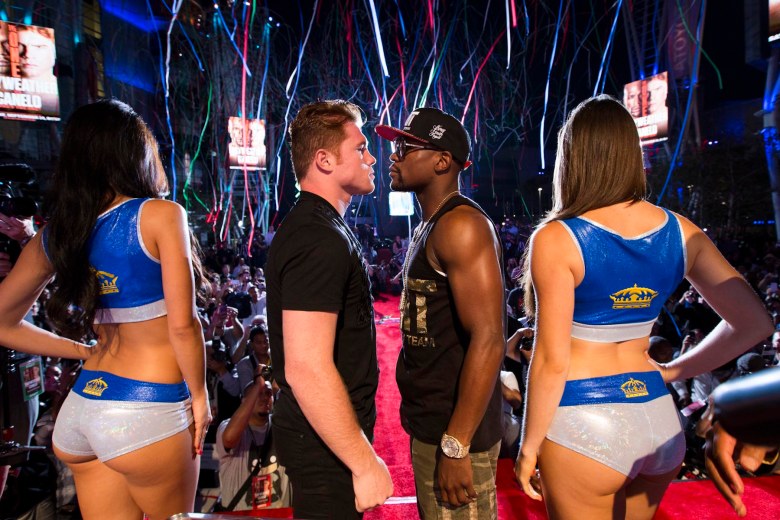 “THE ONE: MAYWEATHER VS. CANELO,” a 12-round fight for Canelo’s WBC, WBA and Ring Magazine Super Welterweight World Championships and Mayweather’s WBA Super Welterweight Super World Championship taking place Saturday, Sept. 14 at the MGM Grand Garden Arena in Las Vegas, is promoted by Mayweather Promotions, Golden Boy Promotions and Canelo Promotions and sponsored by Corona, O’Reilly Auto Parts and Valvoline.  The mega-event will be produced and distributed live by SHOWTIME PPV® beginning at 9:00 p.m. ET/6:00 p.m. PT.  The event can be heard in Spanish using secondary audio programming (SAP).