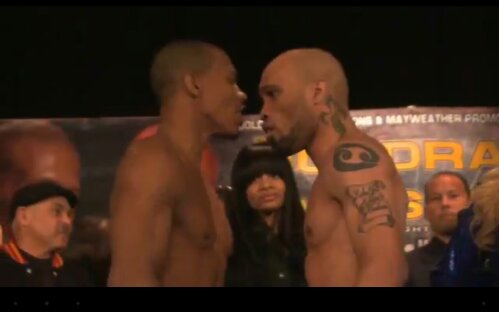 Prediction: Let’s be clear — this fight won’t be pretty and I don’t mean that in a “brutally entertaining” way, either. The bout will be marked with repeated clinching, awkward exchanges and non-stop roughhousing. When it comes down to it, Smith is the better boxer and has had a renewed mental focus after dropping a decision to Fernando Guerrero in early 2010. I got to see him punish Ayi Bruce in route to an impressive stoppage in May last year and he’s followed up with a decisive victory over Irving Garcia in September. Smith throws much straighter punches than Bundrage, who makes his job much harder at times with his looping, wild shots (look no further then the problems Bundrage had for a few rounds trying to take out Cory Spinks in their rematch last summer). In the end, Smith will land the cleaner shots which should give him an edge in most of the close rounds that will have more mauling than punching. Smith by unanimous decision. 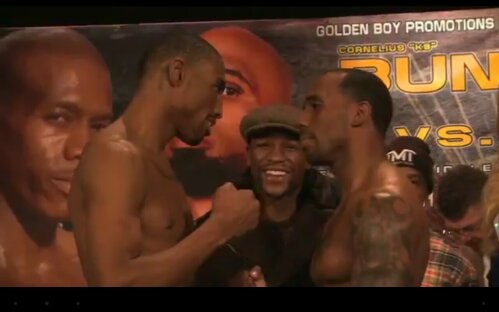 Prediction: Findley’s a tough guy there to give Love some rounds and that’s what will happen. He’s pretty much outclassed here so the chance of an upset is minimal. Findley can take a good shot but speed kills, as evidenced by his only stoppage happening at the hands of Andre Dirrell back in 2009. Expect more of the same tonight. Love TKO4