Skip to content
Nas's issues with label Def Jam may turn into a huge plus for his fans, as the Queensbridge legend is now exploring the option of releasing his delayed Lost Tapes 2 as part of a double album. 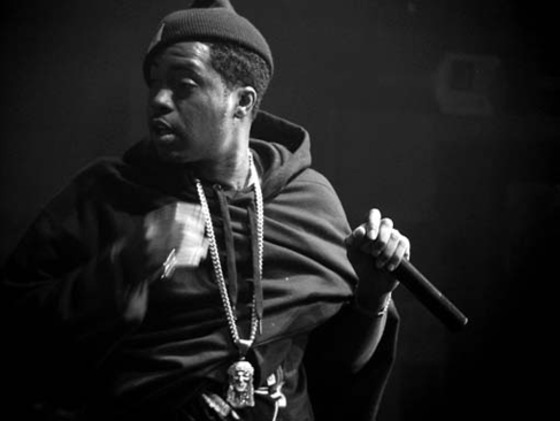 Nas’s issues with label Def Jam may turn into a huge plus for his fans, as the Queensbridge legend is now exploring the option of releasing his delayed Lost Tapes 2 as part of a double album.

Nas originally planned to drop Lost Tapes 2 on December 14. That date fell through after an acrimonious impasse surfaced with Def Jam over the LP not counting against Nas’s multi-million dollar contract, which obligates the celebrated lyricist to complete two more solo albums.

Despite the legal wrangling, Nas advised MTV News that he is exploring releasing his next solo project, with Lost Tapes 2 as a bonus disc, outside of Def Jam.

“It’s not safe to say it’s going to be on Def Jam,” Nas explained. “You know, news at 11. We’ll be coming with that information soon.”

Over the past few months, Nas has leaked several previously unreleased songs, including “Power, Paper & Pussy,” and “Snitch Alibi.” This latest offering is the Eric Hudson-produced “Who Are You.”

At press time, Nas has not publicly named any alternate label homes. If released, the double album will be his second, following 2004’s platinum Street’s Disciple.

NAS “WHO ARE YOU”

I’m mystified on how Nas thinks he’ll be able to drop this potential project outside of Def Jam. I can see them maybe letting Lost Tapes 2 slide, but definitely not if it’s combined with a Nas solo.

Unfortunately for Nas, steep drops in sales has caused labels to become resistant to B-Side projects like this. They were popular in the 90s, and even R&B stars like Mary J. Blige and SWV got similar releases out there. But even from the early 2000s, when the first Lost Tapes dropped, the business is drastically different. There’s no guarantee they could turn a profit from this edition, hence their stance of not letting it count against his album deal if they released it.

Nonetheless, Nas has an excellent idea of combining Lost Tapes 2 with his next solo. It’ll maximize the audience reception by giving older fans extra incentive to purchase, knowing for sure they’ll be getting some vintage Nasir. Plus, being that one disc is just a collection of old songs, Def Jam wouldn’t have any additional expenses with producers and having to create new songs.

Any new Nas project is welcome by any self-respecting Hip-Hop fan. As 9th Wonder told me a few months back, Nas is one of the few artists still keeping lyricism alive in the mainstream for those who grew up in the 90s. Count me as one who’s hoping Def Jam sees the potential.