Skip to content
Andre Dirrell was one of the most physically gifted fighters of the last 10 years. And yet he could never reach a world title. Why? 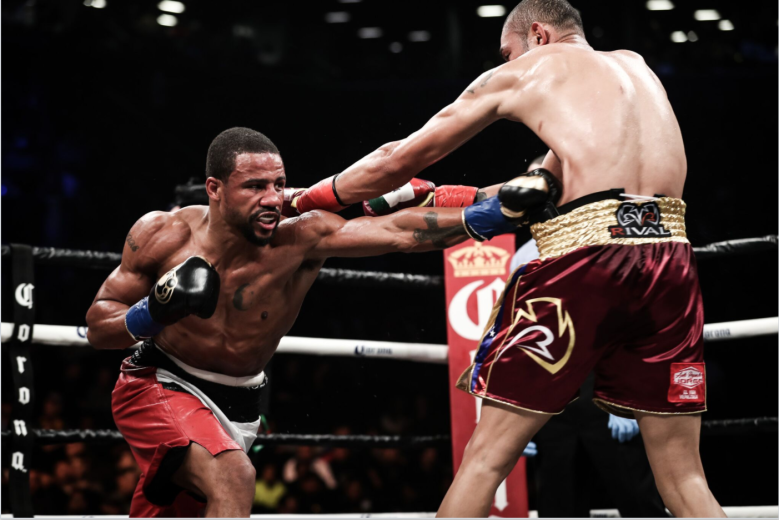 In the midst all the hoopla from Saturday night’s exciting heavyweight battle between Deontay Wilder and Luis Ortiz, there was a sad finale that occurred on the undercard. Andre Dirrell, once seen as one of the future big names in boxing, stood broken in the corner after failing to come for the eighth round of his rematch against Jose Uzcategui. Written off long ago by most fans and media, there won’t be many articles written about Dirrell’s closing chapter. But for those like myself who once saw the potential in the man dubbed “The Matrix,” his surrender last night serves as a sad finale to one of the most disappointing careers of the last 10 years.

As hard as it is to believe, there once was a time when Andre Dirrell was seen as a more promising talent than Andre Ward. My first introduction to the Flint, Michigan native and Olympic silver medalist came not as a writer, but as a fan way back in 2005. Laila Ali was headlining an ESPN2 card at Atlanta’s Philips Arena against Leatitia Robinson, and both Dirrell brothers were competing in their second fights. Each blew their hapless foes out with Andre doing his in less than a round. Even at this early stage, the otherworldly nature of Dirrell’s speed was something to witness live. He looked like a young Roy Jones Jr. in the making.

This is the worst fight I’ve seen in my life. This running and potshotting is just horrible! – Harold Lederman on Dirrell vs. Stevens

Speed alone does not make a great fighter. The first chink in the armor came in what was supposed to be his breakout showcase on HBO against Curtis Stevens in 2007. In one of the worst fights ever aired on the network, Dirrell played keep away from Stevens and was content to throw single punches sparingly while being booed out the building. The fight would be Dirrell’s first and last on the network.

He rebounded on Showtime the following year with an impressive fifth round TKO of contender Anthony Hanshaw. We saw Dirrell had power when he was willing to stand his ground, and it brought back some fan goodwill following a one-sided stoppage of Derrick Findley headed into the Super Six tournament in 2009.

The Super Six tournament was the best and worst of times concerning Dirrell’s career. In his two fights against Carl Froch and Arthur Abraham, he looked spectacular in landing dazzling left-hand counters and making his foes look like rank amateurs. In other moments, he turned into a deer in headlights at any semblance of pressure, resorting to constant holding and falling over when more than two punches came his way. He failed to meet Froch’s late aggression and dropped a close split decision, and took a DQ win against Abraham where many feel to this day he milked an illegal punch to avoid Abraham’s late rally.

Then came the “wandering in the wilderness” part of Dirrell’s career. He pulled out the Super Six after claiming neurological issues from the Abraham fight (other speculated it was due to not wanting to face Ward), he would fight just twice from 2010-2013 in non-descript bouts under 50 Cent’s doomed SMS Promotions.

Under Al Haymon, Dirrell got more active fighting three times in 2014 (his most busy year since 2008). That lead to his second chance at a title in early 2015 against James DeGale. The entertaining bout saw DeGale score two knockdowns in the second and hang on for a unanimous decision despite a late Dirrell surge.

By this time, the early flaws in Dirrell’s game had become more pronounced with age. The cat-like reflexes that allowed him to glide out of punching range had ebbed away with Dirrell now on the wrong side of 30. His bad balance was consistently exploited, as evidenced by Blake Caparello dropping him in the second round of what was supposed to be a tuneup fight. Dirrell still took the decision, by the word was out — Dirrell was there for the taking.

This brings us to the Jose Uzcategui, who likely will be the last significant opponent of Dirrell’s career. In the first bout, Dirrell struggled with Uzcategui’s pressure and was hurt several times from power shots. Uzcategui was in the midst of a combination when the eighth round bell sounded, and he hit Dirrell late with a left hand that put him on the canvas. Dirrell was awarded a DQ (and more controversy about whether he was acting) and his trainer, Leon Lawson Jr., a suspension and arrest for sucker punching Dirrell.

I’m going to give you one more round… you’re going to regret this day, son. – Virgil Hunter to Dirrell

Last night’s rematch removed any doubt of who was the better fighter. Uzcategui stripped Dirrell of any confidence by battering him with right hands and constantly forcing him to the ropes. Dirrell retired in his corner after the eighth.

When people look back on the best super middleweights of the 2010s, Andre Dirrell won’t be mentioned. He failed to win a title in two attempts, and never had the signature wins or come from behind victories we’ve seen from his peers in Ward, Froch, Abraham and Mikkel Kessler. He disappeared for long stretches of time. And he never displayed the ability to adjust in the ring and will himself to victory, as we saw Wilder do in the main event against Ortiz.

Could Andre Dirrell’s career trajectory been different under another trainer? Were the Abraham and first Uzcategui first bout just instances of bad luck? Or was Dirrell just an irreparably flawed fighter? That’s the thing about unfulfilled potential — no theorized answer is wrong. And Andre Dirrell is now left to create his own narrative.