We all knew this fight was all wrong for Glen Tapia. 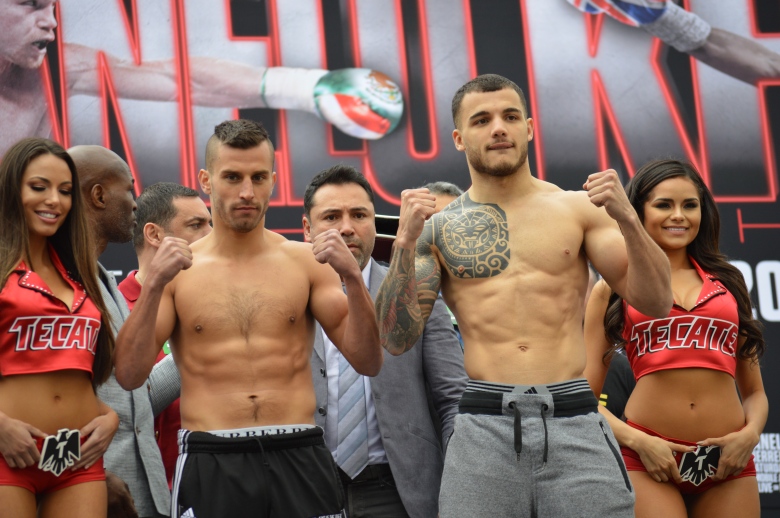 We all knew this fight was all wrong for Glen Tapia. Nearly a year out of the ring. Coming off a bad KO loss. First time at a new weight. Said first time being against one of the biggest punchers in the division.

Everyone knew except Glen Tapia, who found out just how bad a situation he was in when Lemieux started peppering him with left hooks and straight rights in the first time. Tapia had no reaction time and failed to throw a significant counter shot during the half-dozen instances of Lemieux landing combinations on him.

In the second, Tapia tried to up his punch output but Lemieux barely blinked. In the last minute, Tapia looked out on his feet after getting cracked up and downstairs with hooks. Round three also saw Tapia’s head spun with hooks from both Lemieux’s fists.

Fourth round had Lemieux bringing uppercuts into the equation. Tapia was felled by a left hook while trying to trade. He beat the count and was ready to resume when trainer Freddie Roach threw in the towel. As expected, Tapia was completely shocked.

“I was losing every round,” Tapia admitted afterward. “I felt slow. I couldn’t get off and felt tired.”

The only other logical outcome was Tapia unconscious on the floor. In due time, maybe he’ll come to accept his trainer did that so he could leave the ring with some dignity. Considering Glen’s comments about feeling lethargic, it would be dangerous to put him with more top guys. Retirement should be strongly considered.