Skip to content
The deceit and treachery has finally caught up to one character on Power and it's not who you'd expect.

The deceit and treachery have finally caught up to one character on Power and it’s not who you’d expect.

*WARNING* Read no further if you don’t want spoilers regarding the “Time’s Up” episode airing Saturday night 8/8.

Shawn (Sinqua Walls) is murdered by his own father Kanan, who went into a murderous rage after Shawn’s failed hit(s) on Ghost. For the entire season we’ve witnessed the young, impressionable Shawn manipulated by the selfishness of every adult he cared for: Kanan, Tasha, Keisha and Ghost. They all used him for whatever they wanted, caring nothing about his own self-interest. That lead the poor kid into believing he could kill two birds with one stone — kill Ghost to not only win his father’s admiration, but also secure a future with Tasha.

The hit was botched from the start. Kanan and Dre were fools for trusting the clandestine murder of the city’s biggest drug dealer to a sheltered pup like Shawn. Second, the quiet location for the shooting was off-limits due to construction. Third, someone’s first kill should not be someone the assassin knows, let alone a figure that’s been a surrogate father to them. The last point is what allowed Ghost to talk his way out of the shooting when Shawn ambushed him at Truth. Ghost correctly argued what Shawn already knew; he was being manipulated into a life he didn’t want by a “bitter old thug.”

Then Shawn throws it all way. Ghost disarmed him and could, and some will argue should, have killed Shawn after he revealed the Tasha affair. Shawn left humiliated (but alive) and could have left town with Tasha as planned. Unfortunately, he just had to confront his father one last time. 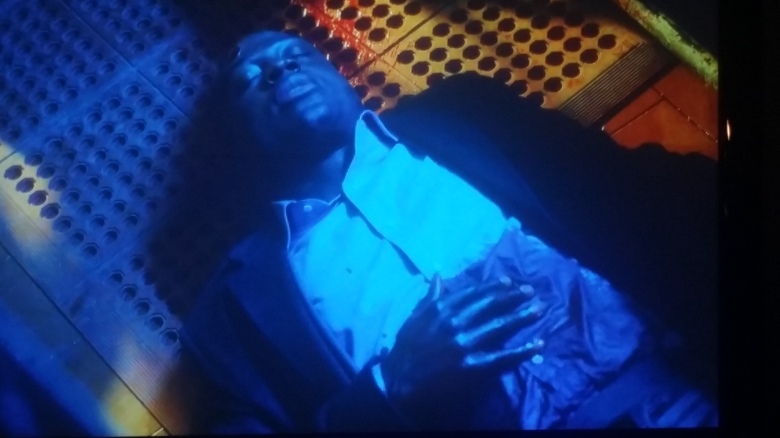 I bet Shawn wishes he would’ve had that father-son heart to heart over the phone.

This episode cements a theory of mine — Ghost and Angela are psychopaths. When we think of that word, we envision serial killers, but psychopaths are not necessarily violent. Two of the defining traits of psychopaths are regularly breaking the law and deceiving others. Ghost and Angie have down that in spades this season. Ghost gets credit for recognizing long ago his true nature. He deftly points out that Angie is just like him with the exception of letting love blind her decisions (which is why she “lost”). He forced her to come face to face with the complete true nature of the man she professes to love.

For now, we’ll have to take the ending “Fuck you Ghost” comment to signify her intention of ending the relationship. Nonetheless, this show has shown us intention and follow-through are drastically different things. Angie already showed signs of cracking, and further deceit, when put on the spot by Greg about his dealings with Ghost.

Next week is the season finale, guaranteeing us a definitive answer on whether Ghost or Angie will move closer or further apart headed into season three.