Skip to content
Chavez finally fights someone his own size and gets the beating of a lifetime. 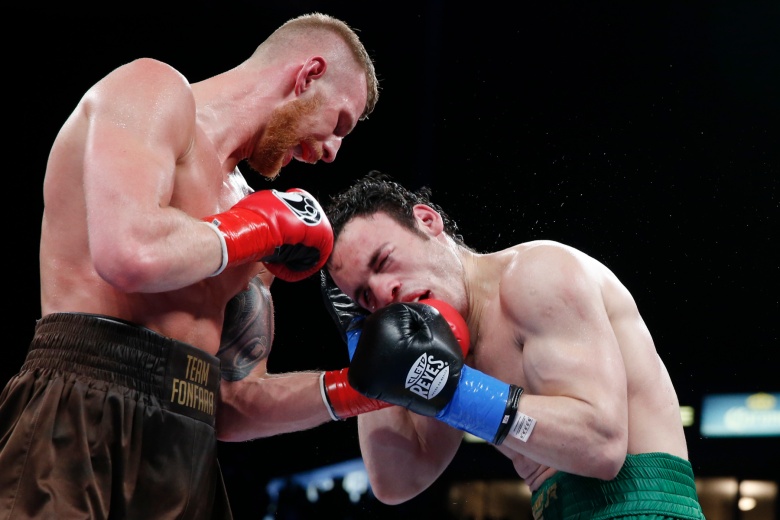 CARSON, CA — Julio Cesar Chavez found out what it feels like to fight a legit light-heavyweight. Contender Andrzej Fonfara pummeled Chavez Jr. from the opening bell and punctuated his work with a ninth round knockdown that forced Junior to quit before the 10th. After years of enjoying 20+ pound weight advantages on opponents, last night Chavez received what amounted to his “karmic comeuppance.”

EVEN PLAYING FIELD: Even with the “catchweight” for this fight being 172 pounds, Chavez still looked dry at the weigh-in. Fight night he approaches the cruiserweight limit but that had little bearing on Fonfara, who stood his ground in the trenches and abused Chavez with short hooks and uppercuts. Chavez used his head brazenly throughout and whined repeatedly about low blows. Fonfara did lose a dubious point late for returning Chavez’s butts with a shoulder smash, but the deduction had little bearing as Fonfara even won that round.

The whole argument of Chavez having a granite chin was built on his ability to take punches from middleweights that he outweighed by nearly 20 pounds in some cases. When asked to evaluate his opponent’s chin and power, the equally-sized Fonfara was not impressed.

“I knew he was a tough fighter, quick and in good shape but when he hit me for the first time in the first round, I knew I was going to win this fight. He didn’t punch as hard as everybody said he did,” Fonfara explained. “I saw his punches easily coming in. I know I threw more punches. I was a little surprised that he did not come out for the (10th) but he was cut, had been getting beat up and had just got knocked down, so he knew what would happen if he came out.

Chavez said before the fight that he didn’t think I could take his body punches. I think I took them pretty good and passed that test.” 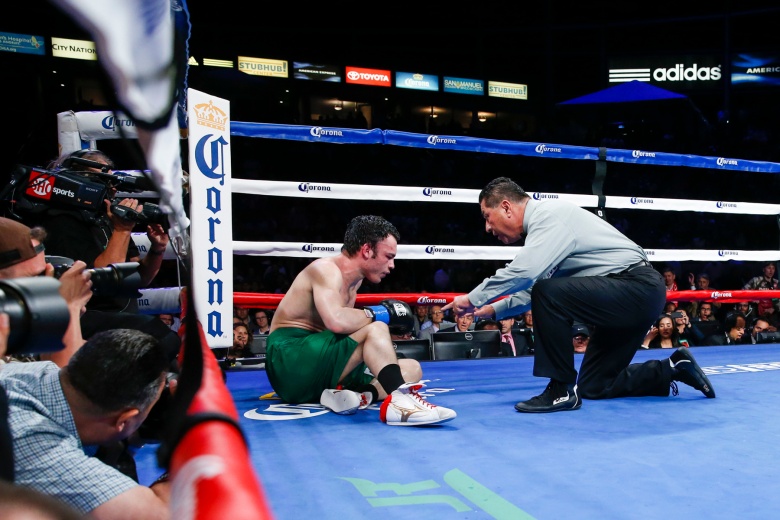 PUBLIC HUMILIATION: Let me first be clear — no fighter should be shamed for quitting once they’ve reached their physical limit. Chavez claimed to new trainer Joe Goossen that his was having problems with his right leg and needed the fight stopped. Yes, we’re not in Junior’s body, but the only time we saw any problems with either leg was when Fonfara’s left hook turned them into stone on that knockdown.

The fans that booed Chavez and threw beer at him were not just deriding his corner retirement. That resentment was from fans sick and tired about his entitled attitude over the last few years. The nepotism, unprofessional approach to his weight, and trying to dictate contract terms to better and more accomplished fighters culminated with an entire arena washing their hands of him.

DELUSIONS OF COMPETITIVENESS: The most absurd moment of the night came with Chavez’s post-fight interview with Jim Gray. Chavez’s first thoughts were that he was “winning the fight.” The ultimate irony came in Chavez saying Fonfara was “too big” and he’d like a catchweight rematch at 170 instead of 172 (still dictating terms).

NEXT ORDER OF BUSINESS: Adonis Stevenson won’t be getting to feast on Chavez nor does it look like he’ll face Kovalev. Considering that Fonfara succeeded in knocking down Stevenson in their first encounter, a PBC rematch makes the most sense.

“I know there are things I can still work on in training to become a more complete boxer, but tonight was a dream come true. I want a rematch with Adonis Stevenson,” said Fonfara.

As for Chavez, he’s currently a man without a division. He’s too big to comfortably make 168 or 160, and not skilled enough to compete at his natural weight (175).

“Maybe 170,172 pounds is too big for me, maybe I’ll go back down. I’m not sure what my future holds. It was a very tough fight. But I congratulate Andrzej,” said Chavez before heading to the hospital as a precautionary measure. 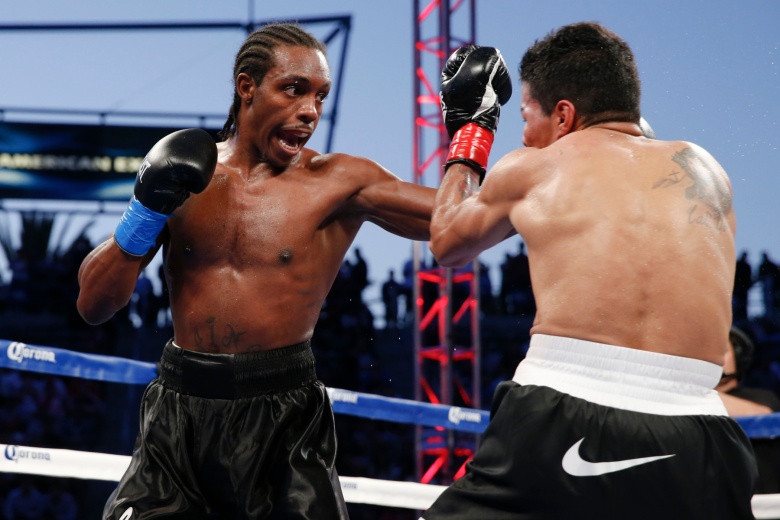 AMIR IMAM PASSES ANOTHER TEST: The opener saw junior welterweight prospect Amir Imam pass a solid test in beating Walter Castillo with a unanimous 10-round decision. Castillo kept the pressure on and had opportunities to work when he pinned Imam on the ropes. But the versatile 24-year-old was able to roll with Castillo’s power shots, work right hand counters, and control distance with a strong jab.

“My combinations were effective the whole night, we stuck to our game plan and came out victorious,” said Imam. “I want any of the world champions next.”