Skip to content
Usher will tackle his first historical role as legend Sugar Ray Leonard in Hands of Stone, a film treatment on the life of iconic boxer Roberto Duran. 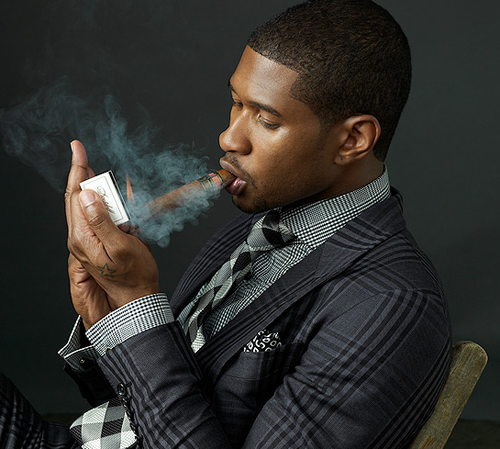 Usher will tackle his first historical role as legend  Sugar Ray Leonard in Hands of Stone, a film treatment on the life of iconic boxer Roberto Duran.

Usher disclosed the role during an interview with the BBC. He is currently preparing for intense physical training to have the look of Leonard, who was one of boxing’s most popular fighters in the late 70s and 80s.

“I’m in preparation for a very incredible role,” Usher revealed. “If you see me in the corners boxing, I’m doing that while working on this album.”

Leonard and Duran fought three times in the 80s. The classic first 1980 bout, dubbed “The Brawl in Montreal,” had a contentious build-up with Duran mocking Leonard’s manhood and insulting his wife. The comments made the then undefeated Leonard attempt to fight Duran toe to toe, resulting in an exciting display of inside fighting from both, but with Duran prevailing via a 15 round unanimous decision. The rematch that same year in New Orleans became known as the infamous “No Mas” fight, where Duran shockingly quit in frustration after the eighth round. Their final bout would take place nine years later in 1989 with Leonard winning a wide unanimous decision.

Hands of Stone also stars Gael Garcia Bernal as Robert Duran, and Robert DeNiro as Ray Arcel, Duran’s trainer during his prime run through the lightweight and welterweight divisions. Arcel trained 18 world champions in a career that spanned over 50 years. Al Pacino was previously announced for the role.

At press time, Hands of Stone is slated for a 2013 release date.

You probably had a good laugh at the title, but this might just work. It shouldn’t be much of a stretch for Usher to adopt or tweak a Hollywood, pretty boy persona out of the ring. Now inside the ring will be the challenge. Boxing in movies always tends to be unrealistic because the medium requires over the top theatrics  (punching sound effects, exaggerated reactions to punches etc.). I’m interested to see how they try to replicate the inside fighting from the Montreal fight and what excuse they decide to go with for the “No Mas” debacle. Add in the dynamics of Ray Arcel’s relationship with Duran before and after that bout and we just may have a solid movie on our hands.