Skip to content
BK's Foxy Brown dodged a legal bullet yesterday (September 7) when she was acquitted of all but one minor charge stemming from her felony arrest in July for alleging violating her neighbors order of protection. With that now behind her, it's time for Fox Boogie to get back to being an emcee. Beats, Boxing and Mayhem takes a look at five steps that can help Foxy get back on track.

Brooklyn’s Foxy Brown dodged a legal bullet yesterday (September 7) when she was acquitted of all but one minor charge stemming from her felony arrest in July for violating a neighbor’s order of protection. With that now behind her, it’s time for Fox Boogie to get back to being an emcee. Beats, Boxing and Mayhem takes a look at five steps that can help Foxy get back on track.

5. Stay Out of Trouble & Keep Your Temper in Check

Seems simple enough, right? But for Inga Marchand the above statement has been her biggest challenge over the last decade. From assorted brawls with fellow rapper Jacki-O, to beating up stylists, and even getting jumped by fans in a club bathroom, enough is enough. Foxy, you’re an artist not Laila Ali. Granted, there are people out there who love testing rappers, but it’s on you to keep yourself away from those elements. It’s nothing good security shouldn’t be able to handle.

Secondly, don’t invite beef by going off the deep end. You know you have a rap sheet and remain a target. If a stylist messes up your hair or nails, don’t pay and keep it moving. A cell phone upside their head isn’t the way to go. You may have started in this game at 15, but you’re not in high school anymore. Act like the young, professional woman you are.

4. Accentuate Rather Than Exploit Your Sex Appeal 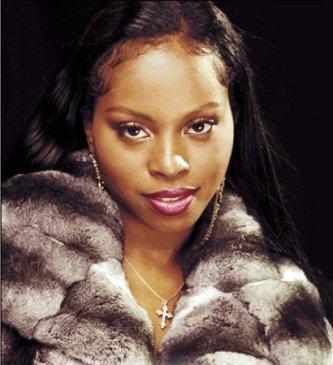 Most won’t dispute that Foxy is an attractive woman. She’s always been. But we also know that your attractiveness can be significantly heightened or lowered depending on how you present yourself.

Case in point was Foxy’s recent performance at New York’s BB Kings, where the talk was more so about her outfit being several sizes too small than the actual show.

That dress was probably on point for her in the late 90s. But the extra weight hits all of us once we get to our late 20s and 30s, and Foxy is no exception. That doesn’t mean the Brooklyn femcee can’t have sex appeal. But the sexiness should reflect your age and be classy once you’re on the other side of 30. There’s nothing worse than seeing an adult (male or female) dressed like a teenager. Luckily, all she needs to do is rock outfits that fit and this problem should be solved.

The Internet is a double-edged sword. It’s allows for artists to directly promote and market themselves, but also requires the artist to put in much more work legwork outside of their music. For 90s artists, that can be especially difficult if you were groomed on the perks and resources of a major label. Foxy’s team needs to get her out there with some vintage freestyles and a few interviews to get the public to see her name and face associated with positive publicity for a change. Rah Digga, a fellow 90s peer, has quietly done just that with song drops on blogs in preparation for her latest album Classic. Foxy can do the same and build some momentum going into her next project.

In addition, Fox needs to get her own site/blog up as soon as possible to interact with her fans. When you google her name you get loads of links on her arrests and other out of the booth adventures. She has a Twitter, but the website would be essential for that exclusive content to build with her hardcore fans and gain new ones. If she can get over 18,000 followers on just her name alone and no online campaign, it shows she can make some headway with a plan in place.

2. Remember Your Contacts, But Branch Out

What other rapper out there can say they were mentored by both Nas and Jay-Z? Granted it may be difficult for her to get either of them on the phone these days, but Foxy Brown has recorded with some of the biggest names in Hip-Hop throughout her career. Her friends CNN and former Firm band mates AZ and Cormega have always been willing to work with her. And that’s not to say she can’t try to expand beyond her circle to guys in her city like Joell Ortiz and Fabolous. Outside of NY, a rapper like Curren$y is open to doing a song with anyone if its hot. And as Foxy showed in 2001 on CNN’s “Bang, Bang,” all it takes is one good feature to get people buzzing.

1. Make Music from the Heart

What is the life of an artist without conflict and strife? Just a few years into her 30s, Inga Marchand has had enough of it to last a lifetime. But how much of that has truly been reflected in her music? Her last album, 2008’s Brooklyn’s Don Diva, was a rushed compilation mixtape more so than an album. That leaves a nine-year gap since 2001’s Broken Silence. From losing her hearing, to emotional instability, to spending time in prison, there’s a wealth of stories to give fans the person behind the Foxy Brown persona. She isn’t, nor should she be, the same artist and woman she was nearly 10 years ago. Her next album should reflect that growth.

The average Hip-Hop career for an artist is two albums.Those who make it past there usually hit a crossroad at some point on how to reinvent their image to reflect their mature, adult lives without losing fans.  A 14-year-old Foxy Brown fan who copped Ill Na Na in 1996 turned 28 this year. That’s the difference from being a freshman in high school to managing a professional career and likely a family. For Foxy to speak to them, her music must reflect her personal trials and experiences as a 32-year-old woman, and not simply the street, sex kitten stock character that initially helped sell her.

And there you have it. Will Foxy Brown ever again see the platinum success of her early career? Probably not. But that doesn’t mean she can’t use her talents to reestablish a good lane in the industry. Contrary to everyone hinging the success of  future female rappers on Nicki Minaj’s debut, there’s room for other females if they have the ambition to show the uniqueness and creativity of their 90s and 80s predecessors.