After the moral tailspin that Ray Donovan went through last season after his first LA contract murder, it appears Ray’s first kill in NYC has been a bit easier to digest. 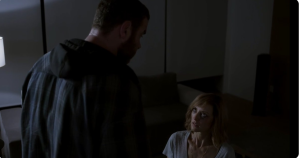 In episode two, entitled “Staten Island Part Two,” Ray neatly cleans up mayoral candidate Anita Novak’s accidental murder of a blackmailer by luring Fetu to the apartment and killing him. You’ll remember Fetu is the massive Samoan who witnessed Ray’s suicide attempt and also the victim of an illegal arrest by Mac. Fetu had planned on exposing Mac’s corruption to the media, prompting him to beg Ray to take care of him. And to alieve Ray’s conscience, Mac claimed the illegal arrest and drug planting was due to Fetu getting off scot-free on four domestic violence calls (Is Mac lying to save his skin?).

With the two killings now looking like a drug deal gone bad, Sam Winslow is very impressed and officially hires Ray for a staggering $100k a week. It’s fascinating to note that Ray essentially now has two manipulative “bosses” in Mac and Winslow who are continually involving him in crimes despite not being fully settled in this new environment. How many enemies is Ray making that he’s not even aware of?

I can tell you of one right of the bat — the agent, presumably from NYPD Internal Affairs, tracking Mac and seeing him take the gun out of evidence which Ray used in the Fetu murder.

My prediction about Mickey’s prison hospital ward scheme was completely off. The man had bigger plans and guilted Bunchy, ironically the only son to show up to his bedside, to beat the supervising cop unconscious with a hammer. Now we have the surreal situation of Bunchy and Mickey on the run. I mean, what could wrong with these two running amuck?

Hijinks aside, there are two serious storylines this prison escape will heavily factor into. First, Bunchy’s custody battle for his daughter. Legally that’s out the window, but a preview for episode three appears to show Bunchy kidnapping her. Second is Daryll, who was the reason Mickey was locked up in the first place. Does Mick have it in him to kill his son? Daryll certainly thinks so and has the problem of trying to avoid Mickey’s wrath while keeping his fledgling blaxploitation movie afloat.

And that brings us back to Ray. He and Terry mulled over visiting the hospital, believing Mickey was on his deathbed. Ultimately, they agreed there was nothing left to say to their estranged Dad. But right on cue, Daryll calls about Mickey’s escape, bringing to the realization he can’t escape a final reckoning with his father. 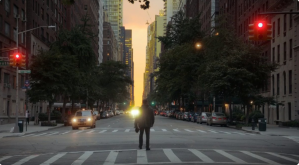 The final shot of the episode is poignant as it shows Ray literally at a crossroads. So far in NY he’s been a passive figure, letting others dictate his actions. Mickey’s emergence looks to be the catalyst that makes Ray not only face his past demons but become the leader his family needs to survive.