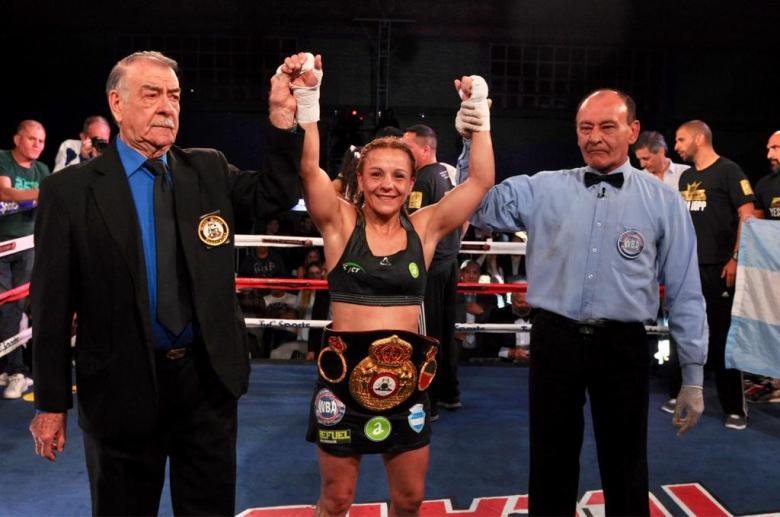 VILLA DOMINICO — WBA title-holder Yesica Yolanda Bopp continued to build on one of the longest championship streaks in boxing by scoring a 10th round stoppage over Sandra Robles.

Although 10 years older than Robles at 34, Bopps’s experience and technical edge trumped Robles’ youthful ambition. The taller, southpaw Robles was the aggressor, but found herself continually beat to the punch by Bopp’s straight right hand and left hooks. Before Robles could retaliate, Bopp would circle away and make the challenger reset her feet.

Robles couldn’t time a pattern with Bopp’s movement as the champion would alternate between circling right and legt. With the former, this invited danger by being within firing range of Robles’ left hand. Bopp was able to offset this by shooting her own right hand counter when Robles’ punched, effectively destroying the challenger’s rhythm.

By the ninth round Robles was cut above the right eye and taking heavy damage from Bopp’s compact hooks. The accumulation of punishment came to a head in the 10th round when Bopp floored Robles with a series of power shots punctuated by a left hook.

Robles grimaced in pain as she rose to beat the count. Bopp greeted her with 13 unanswered shots to force the referee stoppage.

Bopp has been one of the best junior flyweights for nearly a decade. Division unifications for women are unfortunately rare as the money in most cases isn’t worth the risk. But with Robles being Mexican, perhaps this may push Bopp to  seek out at least one of the other reigning champions (two happen to be from Mexico). Those champions are Guadalupe Bautista (IBF, Mexico), Yesenia Gomez (WBC, Mexico), and Tenkai Tsunami (WBO, Japan).

As for Robles, the 24-year-old displayed courage despite being grossly outgunned. Bopp was by far the most talented opponent she’s faced and she’ll be a better fighter for it. The title shot was Robles’ second, having lost a technical decision to Anabel Ortiz at miniumweight back in 2015. The defeat also snaps Robles’ 10-fight win streak.