Skip to content
A crossroads fight to revive their careers. 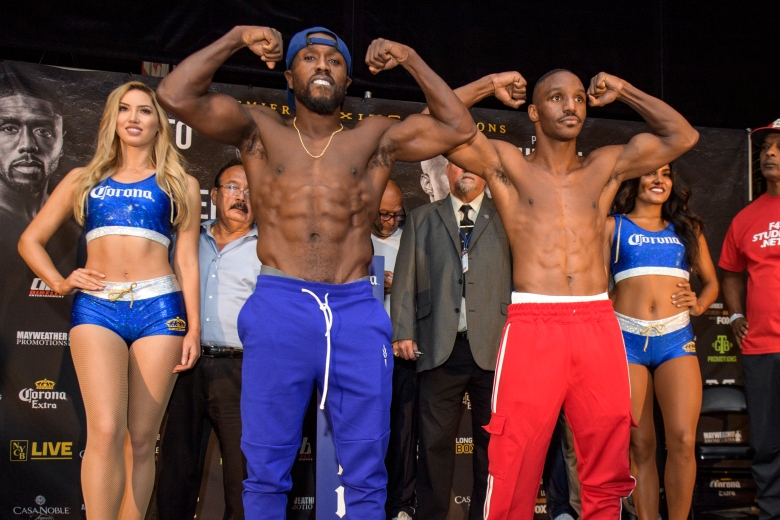 Early in the third round of Andre Berto’s last fight, a brutal mauling defeat at the hands of Shawn Porter, commentator Paulie Malignaggi stated these are the type of fights that make an aging fighter question his profession. Do I need to go through this type of punishment when I’ve already made millions?

Over a year later, Berto is back to find out how much he has left at 35 years old. In his two fights over the last three years, he’s tasted the canvas three times. He’s facing another older fighter at a crossroads in 31-year old Devon Alexander, whose only fought twice since 2016 and looking for a career revival.

If Berto’s track record against southpaws is any indication (Collazo, Ortiz 2X, Guerrero), this could be an entertaining matchup. Berto tends to the paw with his jab and look for counter rights when facing lefties. But his other bad habit, leaning away over slipping and parrying, allows them to land flush with straight lefts.

Normally, Berto’s power and athleticism bails him out more often than not. But with 13 months out the ring, Berto’s timing is a question mark. Alexander possesses a snappy right jab and can hook off it. In Alexander’s last fight, a dubious draw that most observers feel he won handily, he badly swelled Ortiz’s left eye with his right hand and landed the left with impunity.

Alexander is younger, bigger, less shopworn and has been more active. The unfavorable style matchup and ring rust make this an unlikely challenge that Andre Berto can conquer. Devon Alexander UD.

J’LEON LOVE VS. PETER QUILLIN: This is another crossroads but under much different circumstances. While Berto and Alexander have both reached the top of the sport as former champions, these two have never reached their perceived potential.

Quillin was embarrassingly bombed out in one round in his title defense against Danny Jacobs in 2015. He wouldn’t fight for two years and battled depression. Love was upset via third-round KO by Porky Medina in 2014. He’s spent the last few years fighting non-descript fringe contenders.

You get the sense from both guys that boxing isn’t a passion. Love has outside business ventures which likely accounts for his lack of urgency in securing top-name opponents in recent years. And Quillin at 35 is probably back because he realizes these are the last few years he can make any money in boxing.

Unfortunately for Kid Chocolate, the facts favor Love. This is only Quillin’s second fight since his two-year layoff. And in that last fight, against Conor McGregor sparring partner Dashon Johnson in September 2017, he was badly rocked in the third by an overhand right. He survived and took the unanimous decision, but he’s still trying to get mentally and physically acclimated to the super-middleweight division. One fight 11 months ago isn’t enough to do that.

Love hasn’t fought the competition Quillin has, but he’s a natural 168-pounder, been more active and doesn’t have the mental question marks that come with being badly hurt in recent fights. I see an even fight in the early rounds before Quillin fades in the second half. J’Leon Love UD.