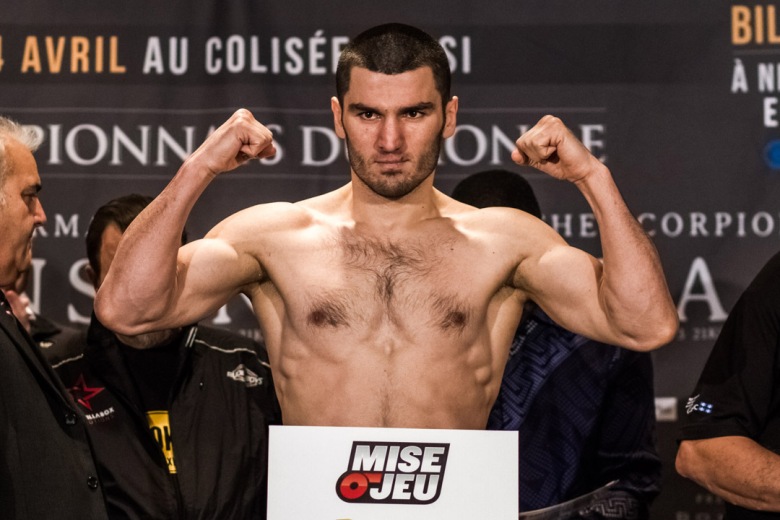 QUEBEC, CANADA — Artur Beterbiev reminded us of the frightening power he possesses with a one round demolition of Isidro Prieto last night at the Lac Leamy Casino.

Conventional wisdom states sluggers aren’t adept at fighting backwards. Prieto attempted that strategy 30 seconds in and found himself on the floor from a counter right hand. Preito beat the count and tried to counter, but the massive power difference was apparent. Beterbiev brushed off the few clean shots Prieto landed while the latter was physically bothered by stiff jabs and overhand rights.

The end came out of a clinch as Beterbiev clubbed his victim to the canvas with short left hooks.

The technical stoppage was Prieto’s first knockout loss in 30 fights. Last year, he suffered his only other defeat to Eleider Alvarez by unanimous decision.

Beterbiev is on the cusp of a title shot as he holds a Top 4 ranking in each sanctioning body.