Skip to content
Big Sean gets a few matters off his chest... 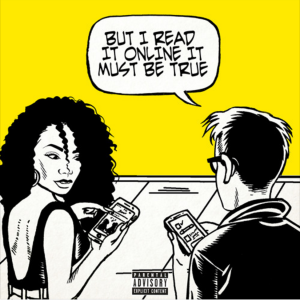 Beef season in Hip-Hop continues with Big Sean somewhat joining the fray with the Amaire Johnson co-produced “No More Interviews.”As the title implies, Sean has an ex to grind with the media, whom he feels routinely misquotes him using inflammatory headlines. Cudi, who sent some thinly veiled shots at Sean due to his association with Jhene Aiko, gets some clear bars that express more disappointment than anger.

So many friends turn to enemies, they frenemies
I don’t know why I act like I’m surprised or it’s offending me
I’m saying tho I should have learned from Hov and Dame
From Stunna and Wayne, Cudi and Ye
What happened to our family ways though
When I put you on that song with Nas you had told me that you was forever grateful
And that we brothers, so it hurt to hit the internet to find out that me and you don’t fuck with each other
Over a miscommunication that probably could be fixed with a 5 minute conversation, I’m still praying

Sean’s ex Naya Riveria doesn’t get name-checked, but he dismissively alludes to her memoir (“…wanted to write a tell all/ But funny thing is she ain’t even tell all”). The track really gets interesting when Sean appears to ridicule Kendrick Lamar’s rhyme style as flashy while lacking substance.

I’m not impressed with the whoopty woop, I don’t know who is who
And can’t pretend like I’m hip to it, no hula hoop
And I can’t lie like I like this shit like I usually do
And I’m just not impressed by you niggas rapping fast
Who sound like one big asthma attack but trash when I’m rapping it back
Who you put in your top five and claim they the savior of rap

This is puzzling since Kendrick’s infamous “Control” verse dropped in 2013. And back in 2011, Sean also declined a lyrical challenge from Ludacris. Is this an indication we’re going to get a more confrontational Big Sean on his next album?