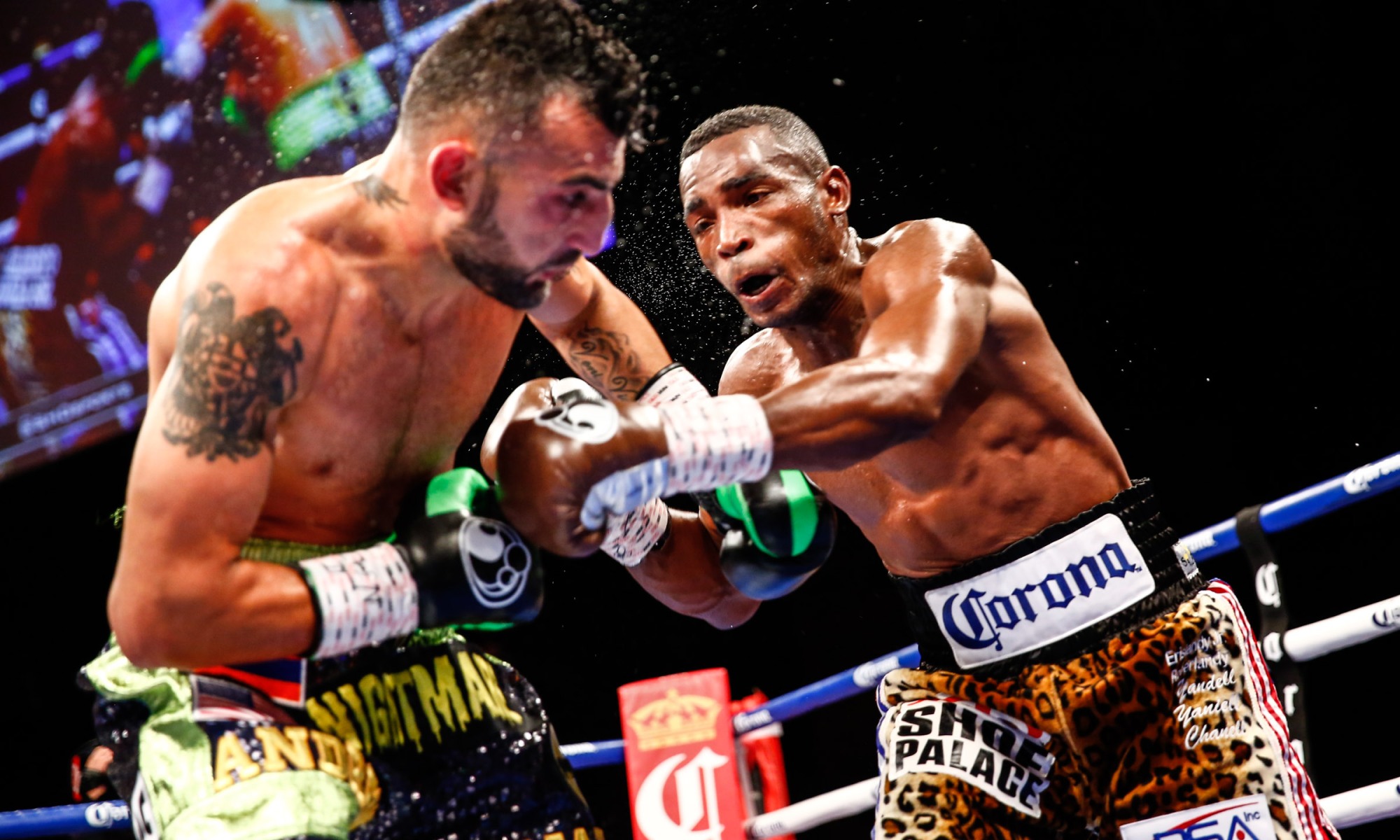 LAS VEGAS -- Showtime's "Night of Champions" is in the books with WBA light middleweight champion Erislandy Lara settling the score with Vanes Martirosyan, and the Charlo brothers making history as the first twins to hold titles in the same weight class simultaneously.... 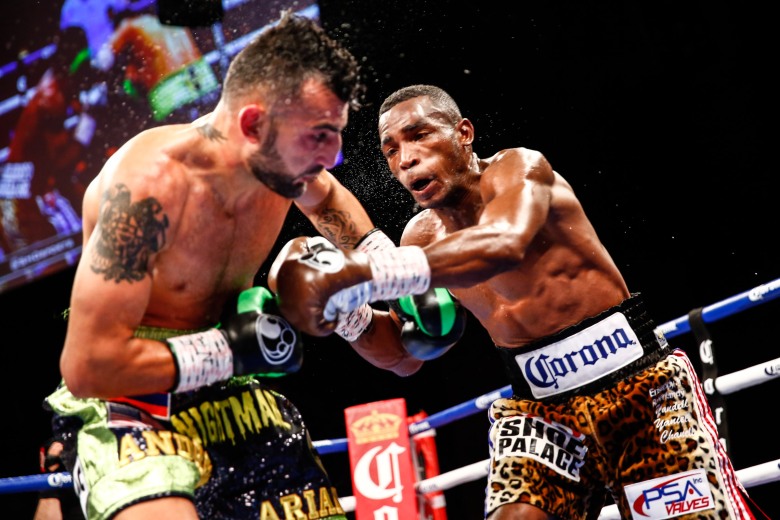 LAS VEGAS — Showtime’s “Night of Champions” is in the books with WBA light middleweight champion Erislandy Lara settling the score with Vanes Martirosyan, and the Charlo brothers making history as the first twins to hold titles in the same weight class simultaneously. Yes, all the favored fighters won, but there was a bit of intrigue in every bout.

VIC DRAKULICH ENDS MARTIROSYAN’S BID: Despite all the trash talk between Erislandy Lara and Vanes Martirosyan headed into their rematch, anyone with common sense knew their matchup was going to be another tactical affair.

With that said, I found this bout much more entertaining than their first scrap nearly four years ago. Lara did less running and stood more in the pocket behind a southpaw high guard, looking to shoot the straight left down the middle (which he did to great effect). This allowed Martirosyan plenty of opportunities to get his left hook to the body working and keep himself in the fight.

I had the bout even after eight with Lara starting to creep ahead by closely winning rounds 9 and 10 on my card. Martirosyan’s chances then went off the rails when referee Vic Drakulich deducted a point in the  11th for a “low blow.” Vanes was disgusted and rightly so. He had received previous warnings for hitting on the belt-line. Considering that Lara’s belt-line covered his belly button, those shots should have been considered legal.

The deduction totally took Martirosyan out of his game. He started lunging impatiently with head shots and abandoned his body work. Lara let Martirosyan outwork in the 12th, but the fight was already a foregone conclusion.

My score was identical to the one judge who had it 115-112. The other two, who had it 116-111, seemed a bit wide but justifiable depending on your scoring preference.

Lara mentioned wanting to get a rematch with Canelo or a middleweight showdown with Gennady Golovkin. The chances of either are minimal. More likely is a defense against fellow PBC fighter Kanat Islam, who earlier this month scored a sixth round TKO over Juan De Angel and is currently ranked #7 by the WBA. 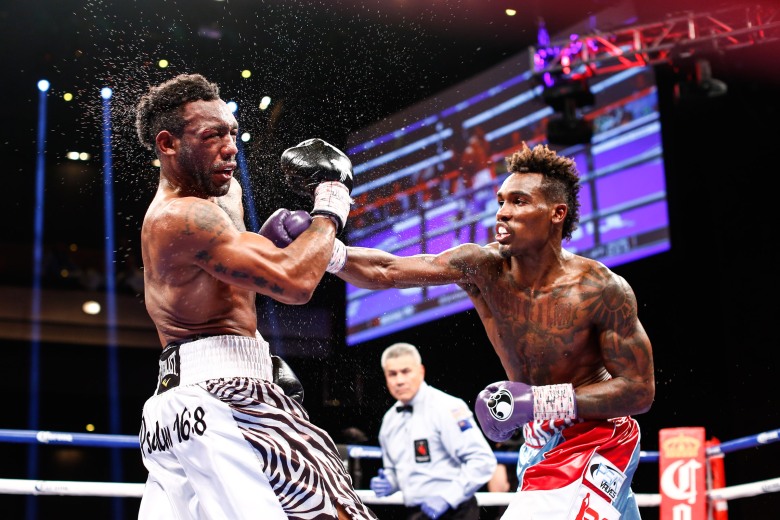 JERMALL CHARLO UD12 AUSTIN TROUT: I came away impressed with both guys in this one. I really thought Trout was ripe for the taking from a younger, stronger and bigger man in Charlo, but he hung tough and kept it competitive all the way through. Trout was at his best when he shot counter straight lefts down the middle, and worked in southpaw right hooks after turning his foe. The insurmountable climb for Trout was the fact all of Charlo’s clean shots were heavier, causing more facial damage and knocking Trout off-balance.

Thankfully, Charlo reneged on his promise to test middleweight and will stick aroound to face his mandatory challenger Julian “J Rock” Williams. It’s exactly the type of matchup that the PBC brand should be making their name on — two undefeated, young and ambitious fighters. 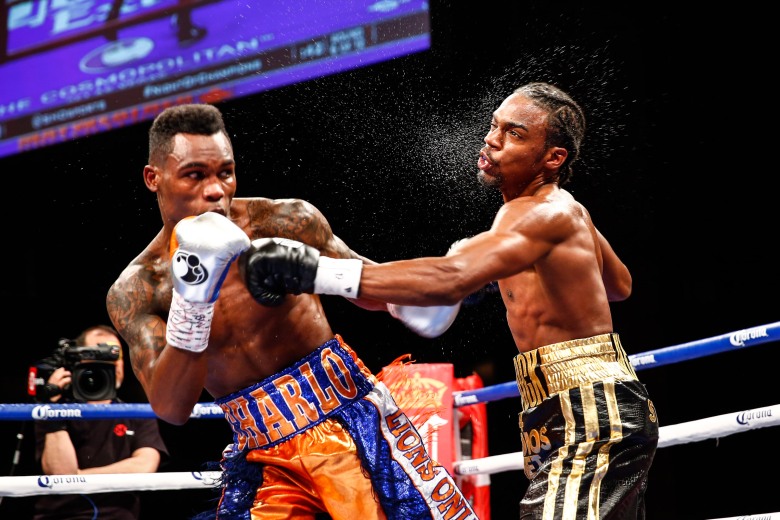 JERMELL CHARLO TKO8 JOHN JACKSON: Protect yourself at all times! John Jackson surprised everyone by electing to box instead of brawl with Charlo, holding a 69-64 lead on all three scorecards. Jackson counter-punched well off the backfoot and thoroughly confused Charlo with his switch-hitting. In the eighth, Jackson lingered in the pocket too long and got caught with a slashing overhand right, which stiffened his legs and made Jackson turn away in bewilderment.

Charlo wisely pounced with a hook and forced referee Tony Weeks to halt the contest. Jackson later claimed the shot dislodged his mouthpiece and he was turning away to readjust it. Look, when the only thing on your mind is fixing your mouthpiece after being clocked (think Tyson after getting floored by Douglas), you’re seriously hurt.

Charlo didn’t look impressive, but wins like this show a lot of character. He should learn a lot from this.