Skip to content
As if Lauryn Hill going to jail wasn't bad enough... 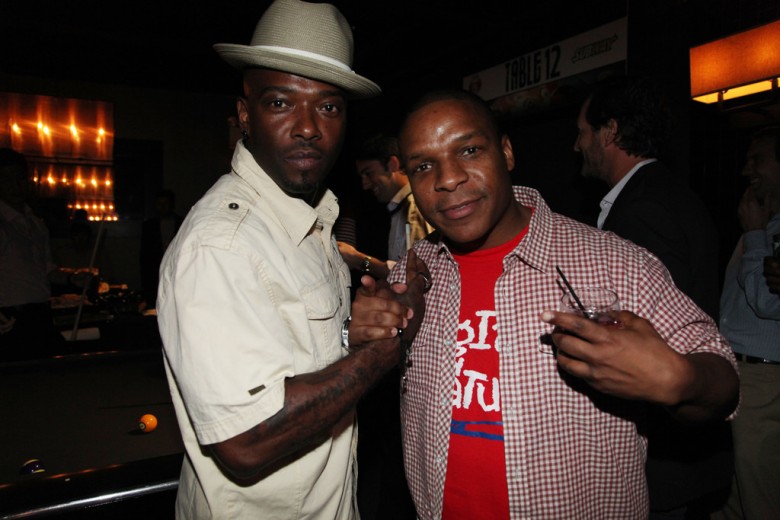 As if Lauryn Hill getting sentenced to three months in prison on tax evasion charges wasn’t bad enough, another legendary New Jersey Hip-Hop act is in the news for all the wrong reasons. Naughty By Nature frontman Treach announced yesterday on Twitter that he was “firing” Vinnie, aka Vin Rock, from the group for undisclosed reasons, and has now released a diss record entitled “Tall Midget.”

This song is painful on several fronts. For one, these guys have been together over 20 years and should be able to handle differences behind closed doors and not like rappers still in their early 20s. Secondly, this song is bad — the chorus, beat and verbal attacks scream pure struggle. And as someone just old enough to remember Treach’s prime years (circa 1991-1995) when he was one of the genre’s best emcees, the massive drop-off in quality leaves you speechless.

Treach probably threw this together in the last 24 hours, but it’s still amazing that no one in his camp pulled him aside to flat-out tell him how wack this track is. There are only a handful of times when a diss is so comically bad that the disser comes out looking worse than the intended target. This is one of them.

Let’s thank the Hip-Hop gods that Vinnie appears to be taking the high road and won’t be penning a lyrical response.

For the younger heads, I’m sprinkling this post with some vintage Treach in case this diss is your Naughty By Nature introduction.