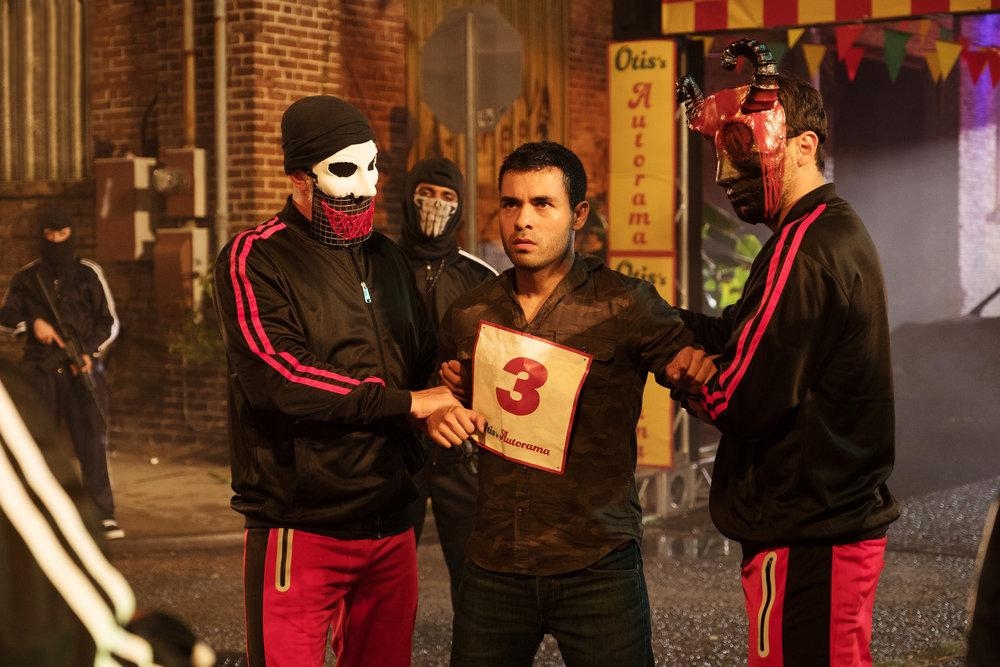 The early hours of Purge Night are underway. 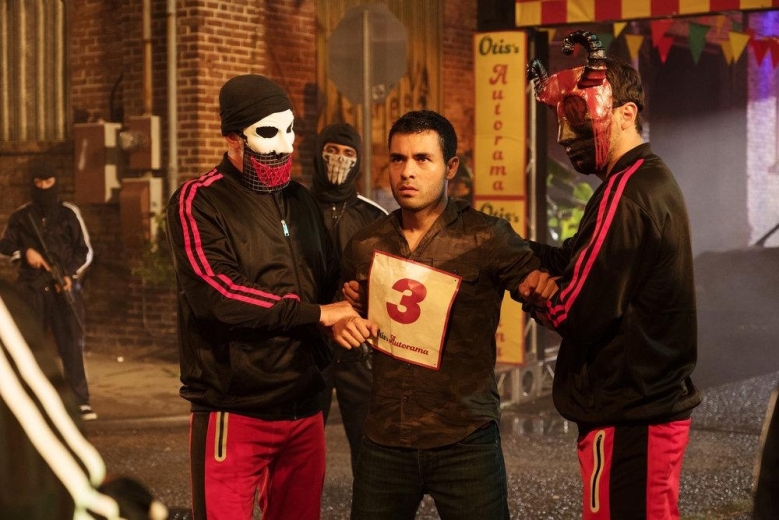 In the series opener, we witnessed the final preparations of our characters as the sirens blared to kick off Purge Night. This week, we get to see the first glimpses of their true nature and motivations when faced with the grim reality of the Purge in “Take What’s Yours.”

We don’t usually associate The Purge with being appealing to “regular” people. The movies focus on showing us how everyday folks fighting for survival against marauding psychopaths. That’s flipped on its head by Jane, our ambitious investment executive attempting to move up the corporate ladder. She’s tried doing things the “right way” even in the face of sexual harassment. She’s worked the long hours. Forgone vacations. Even volunteering to work on Purge Night.

What it’s gotten her is being passed over for a promotion by Anna, who on the surface appears to be getting rewarded for being open to the sexual advances of their boss David Ryker. Frustrated beyond belief, Jane finally goes against her anti-Purge principles to recruit an assassin named Bracka. Whether the target is David, Anna or both remains to be seen. 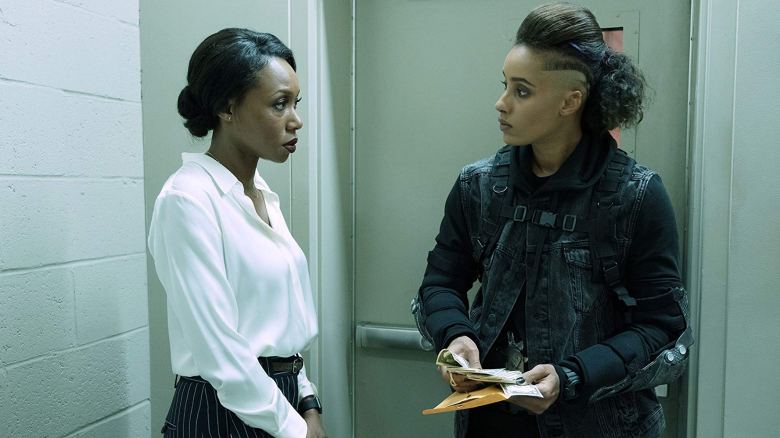 What is compelling about this storyline is the clear implication of the destructive nature of workplace sexual harassment. David likely believes he’s done no wrong since he’s made no further advances after Jane’s rebuff. But revealing his romantic interest has compromised Jane’s trust in his leadership. She doesn’t know if she’s being passed up for promotions because of her work quality or as punishment for daring to sexually refuse her boss.

Speaking of David, what boss makes his employees work on Purge Night?! Yes, he’s provided formidable security for the staff. But something tells me he has more devious secrets than just wandering eyes on his female employees.

And how can we forget the quintessential nosy coworker in Alison? Any other day, you’d see her as the quirky office gossip who you’d humor every so often on a lunch break. On Purge Night, she’s coming off like an opportunist ready to step over any dead bodies to be next to the last man or woman standing. The way she spoke to Jane after secretly learning her Purge assassin plot was chilling. Alison’s pot-stirrer mentality will prove to be a deadly skill as the night wears on. Will she stick with Jane or tip off David?

Meanwhile in the streets, Miguel is still in dogged pursuit of leads on his sister Penelope, who’s presently captivated by a religious cult devote to The Purge. Right now his storyline is akin to a video game, complete with the gauntlet of murderous traps and purgers he had to fight through after being captured by a gang. His “reward” for surviving is a stylish muscle car which will allow him to move through the city quicker. The action was solid, but the whole presentation was a bit too cheesy and broke some of the episode’s tension. However, our hero needed some wheels so its purpose was served. 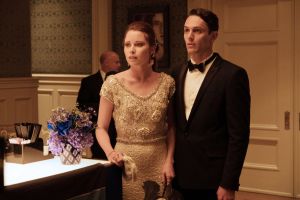 One look at these two makes it clear Rick and Jenna are in over their heads. In episode one, they waxed poetic about being anti-Purge morally but still working for a “seat at the table” where they can network with Purge bigwigs and receive funding for social programs. It’s a noble naivetés and they should know better in this world. No one gets what they ask for without putting some “skin” in the game. We get a hints of this because the Stanton mansion party they’re attending shows most guests fixated on the Purge killings outside (conveniently monitored by cameras).

We’ve always heard the idea that you can work best by “changing the system from within.” Problem is, it’s very easy to lose your soul when in the belly of the beast. Rick and Jenna are already unfocused by the mere presence of Lila, the free-spirit socialite and daughter of the NFFA (New Founding Fathers of America) party host. She had a previous romantic tryst with them and apparently it didn’t end on the best terms. 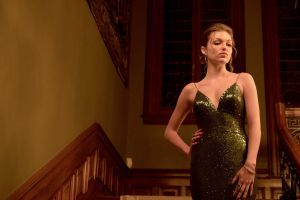 From their interactions, Lila and the Jenna is where the passion lies. With Rick, it feels like Lila is rocking him into a false sense of security. Furthering complicating matters was the scene where Jenna implied she was feeling nauseous, indicating she may be pregnant or possibly being drugged for Purge purposes.

It’s too early nail what Lila’s intentions are, but someone raised in the NFAA tradition is at best warped in the head. Of all the characters, she’s likely to be the most unpredictable and torn as the series progresses.

The Purge airs on the USA Network Tuesday nights at 10 p.m. ET.