A lof of the fighters left their consciousness back in 2016. Today, we take a look at the most brutal KOs of the year. Extra points are given to the knockouts were the victim is rendered motionless on the canvas, but other factors such as the reputation of the KO’d fighter are important. Onto the list… 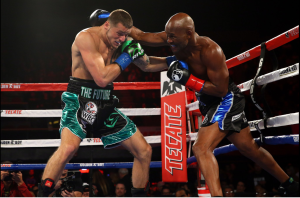 Yes, it wasn’t a “clean” knockout, but Joe Smith had to make this list for sending a legend flying out the ring and into retirement. Ironically, hitting his head on the concrete floor is probably what woke Hopkins up.

Gvozdyk had four fights in 2016, winning all by knockout. This one was the most vicious; a straight right from hell. 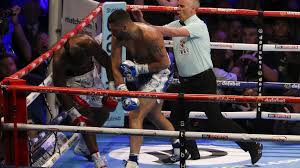 This was an absolute shootout. Bellew went down in the first off a Makabu left hook. He returned the favor in spades and made Makabu a human ragdoll. 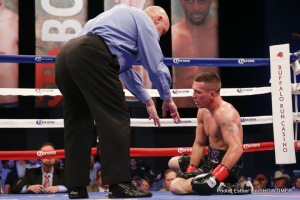 DeLoach uncorked a monster overhand right that brought Dillon Cook to his knees. 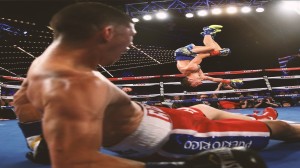 One of the more frightening KOs this year as Bernando’s head slammed hard on the canvas.

Alfonso Blanco was flopping on the canvas like he was having a bad dream. In a sense, he was due to Hassn N’Dam’s crushing overhand right.

Someone leave a note for Shimmell to lock the door when he wakes up. Good Lord… 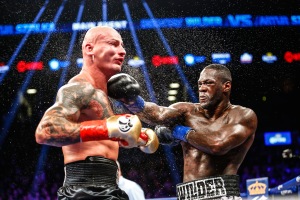 The Bomb Squad claimed an early victim in January. It was over in a heartbeat. I covered this one from media row. It was as bad in person as it was from home. Khan started well, but a feeling of the inevitable rose every round as Canelo got more comfortable countering. A feint got Khan’s hands down to block a body shot and in line for fight-ending right hand.