Skip to content
Tszyu and Pryor are both good hookers, but Tszyu usually throws much straighter punches. More often than not, Tszyu’s punches would land first if given the space. It’s unclear if Kostya is strong enough to push Pryor off like he did Sharmba Mitchell in their first bout, but he’ll want to do whatever possible to get Pryor to mid and outside range. There, Tszyu can seek to put him on the end of his best punch, like he did to Zab Judah in his most famous KO. 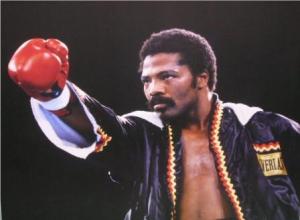 The junior welterweight division may not have the glamour or history as the weight classes it’s sandwiched between (lightweight and welterweight), but the 140 pound class has produced some legendary fighters since its modern creation in 1959.

Pryor was a whirlwind of a fighter, throwing dozens of punches at a time and drowning opposition in never-ending pressure.

Unlike many fighters of that mold, Pryor had power and secured many early and mid round KOs

He first hit the national scene with a dominant destruction of legendary champ Antonio Cervantes to win the WBA title. The aged Cervantes was wily enough to get a flash knockdown in the 1st, but got an unmerciful pounding in the subsequent 3 rounds before a muh-needed ref stoppage.

Pryor was an active champ making 10 defenses (8 by knockout) from 1980-1985. Two of those defenses were epic battles with fellow Hall of Famer Alexis Arguello, who was attempting to be the first man to win titles in 4 different weight classes.

Pryor’s downfall was not an opponent, but drug abuse. When he tried a comeback in 1987 after 2 years out, he suffered an embarrassing defeat at the hands of Bobby Joe Young, and only fought 3 insignificant bouts over the next 3 years before retiring due to eye problems.

Kostya Tszyu started quickly in the early 90s due to his amateur background (which includes a win over the late Vernon Forrest), facing former world champion Juan La Porte in just his 4th bout. By his 14th, Tszyu had won the IBF title by knocking out Jake Rodriguez in 6 rounds.

A stalking, extremely heavy-handed puncher, Tszyu seemed primed for a long reign after beating vets like Roger Mayweather. But Tszyu suffered a stunning upset to Vince Phillips in 1997, losing an exciting 10th round TKO.

Tszyu credited the fight as a learning experience in pacing and won the WBC title the in 1999 by KOing slick boxer Miguel Angel Gonzalez.

Like Pryor, inactivity hurt Tszyu in the end. Plagued by injuries, he only fought 2 bouts over 2 years (2003, 2004) before being faced with a hungry Ricky Hatton in 2005.

In his UK backyard, Hatton grinded down the normally durable Tszyu over 11 hard rounds with mauling and low blows. Making no excuses, Tszyu never fought again.

As seen above, both men have unquestionable credentials, facing the best opposition throughout their careers.

Pitted against each other, Pryor and Tszyu offer contrasting skill sets that will force adjustments and memorable exchanges.

Pryor’s punch activity and intelligent pressure will pose huge problems for Tszyu, who would be forced into fighting backwards and defensively for much of the fight. The issue is not the pressure alone, but the fact that Pryor uses many angles to turn opponents, and when focused he was great at slipping punches and countering on the inside.

Tszyu’s possessed great accuracy, and his challenge would be creating the space to drive home his outstanding right hand which would do damage. Pryor had a great chin, but he could be stunned and dropped early (Cervantes, Arguello) when he got too wild with his pressure attacks. Case in point, see the below shot that dropped Pryor against Akio Kameda in the first round.

Tszyu and Pryor are both good hookers, but Tszyu usually throws much straighter punches. More often than not, Tszyu’s punches would land first if given the space. It’s unclear if Kostya is strong enough to push Pryor off like he did Sharmba Mitchell in their first bout, but he’ll want to do whatever possible to get Pryor to mid and outside range. There, Tszyu can seek to put him on the end of his best punch, like he did to Zab Judah in his most famous KO.

It’ll be a taxing battle for both men, but I feel Aaron Pryor has a style that’s been proven as kryptonite to Tszyu with lesser skilled opponents. Even in his prime, Tszyu struggled and was KO’d when Vince Phillips crowded him and made him fight going backwards. Hatton added more fouls, but did the same thing years later. Tszyu was still able to land bombs on Ricky, but in most instances he was leaning backward and not getting full extension and power.

With Pryor, Tszyu won’t get the punching space he needs to be effective. In addition, Pryor would maintain angles and keep turning Tszyu to prevent the powerful Russian from getting set. However, Tszyu’s too good to get completely shut out, and I’m certain Pryor would get dropped at some point by Tszyu’s right, which was many times set up beautifully by Kostya’s hooking jab.

My prediction is Aaron Pryor by a 10th round TKO in a war that sees him dropped early.