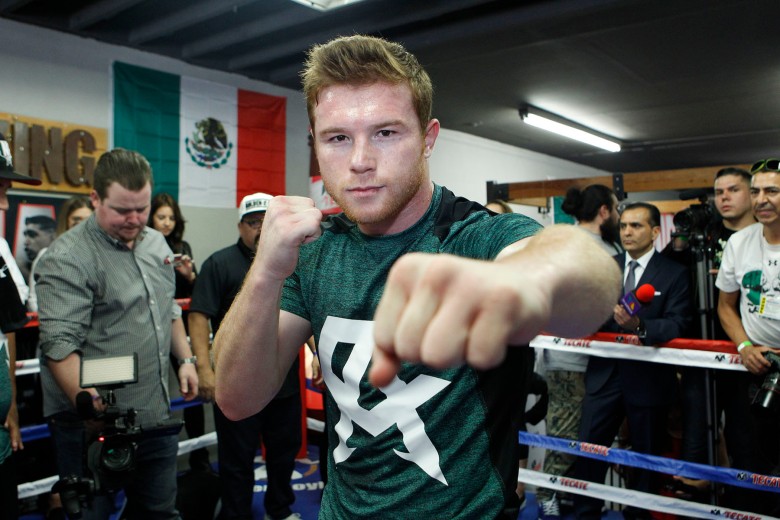 2016 is supposed to be Canelo Alvarez’s year. With Floyd Mayweather’s retirement at the end of last year, the throne for boxing’s premier superstar became vacant. Canelo, with his previous strong pay-per-view outings and popularity, was the only logical candidate to fill the role. He had just decisively defeated Miguel Cotto last November in a well-received pay-per-view, and scored a spectacular one-punch knockout of Amir Khan in May.

Then came the first big misstep of Canelo’s career. After bringing middleweight champion Gennady Golovkin into the ring and vowing to fight him next, Canelo surprisingly vacated his WBC middleweight crown rather than face his biggest threat and most lucrative opponent. The combination of Canelo’s machismo-laced words to Golovkin, and his promoter, Oscar De La Hoya, promising to call to Golovkin’s people asap, made Canelo the laughing stock of the boxing world for several weeks. What happened to the ambitious fighter who forced his promoter to ink a high-risk fight with spoiler Erislandy Lara just to shut his mouth?

Internet jokes and media criticism aside, Canelo’s decisions have yet to hurt him at the box office. His fight this Saturday, against WBO junior middleweight titlist Liam Smith, has sold nearly 40,000 tickets at AT&T Stadium. Should Canelo win, it’s rumored he’ll fight again in December, possibly in New York. This would mirror his rival Golovkin’s strategy in recent years of becoming a live attraction on both coasts.

Although Alvarez won’t concede Golovkin’s influence on his potential venue selections, he realizes the importance of building their anticipated superfight in every aspect.

“I fight wherever need to,” he says. “I feel comfortable in any arena. The fans are always welcoming and I’m received well wherever I go. But, Las Vegas has to be a priority when looking at my options.”

The science of opponent selection isn’t “sweet” like the action we see in the ring, but it’s just as important if Canelo’s brand is to remain strong moving towards a Golovkin showdown. According to his promoter, Golden Boy CEO Oscar De La Hoya, there is a “verbal agreement” in place for Canelo to face Golovkin this time next year.

“Canelo is going to build up to being a true middleweight,” said De La Hoya last week. “The plan is to face Smith – a big, bruising 154-pounder – in September, and if Canelo emerges victorious, to start making his way up to 160 pounds and fight Golovkin on equal turf (in terms of weight). We envision Canelo doing a third fight in 2016 either at or close to the middleweight limit and then a fight on Cinco De Mayo at 160 before facing Golovkin in the fall.”

In recent years, Canelo has looked his most dominant against limited, come-forward sluggers, notably Alfredo Angulo (TKO10) and James Kirkland (KO3). Smith fits the pressure fighter mold, but with one key exception — he’s undefeated with none the battle wear and tear that burdened Angulo and Kirkland.

“Smith is a bigger challenge (than Angulo and Kirkland). I’m preparing for a guy that comes forward, is a hard puncher and fast with his combinations,” says Canelo. “I have to be at my best and be able to adjust.”

Canelo has come to accept that Gennady Golovkin’s name will be linked with his for the foreseeable future. He remains calm in answering the ducking accusations and the embarrassment of his May post-fight interview bravado. But the first sign of irritability comes when the 26-year old is asked about his weight. 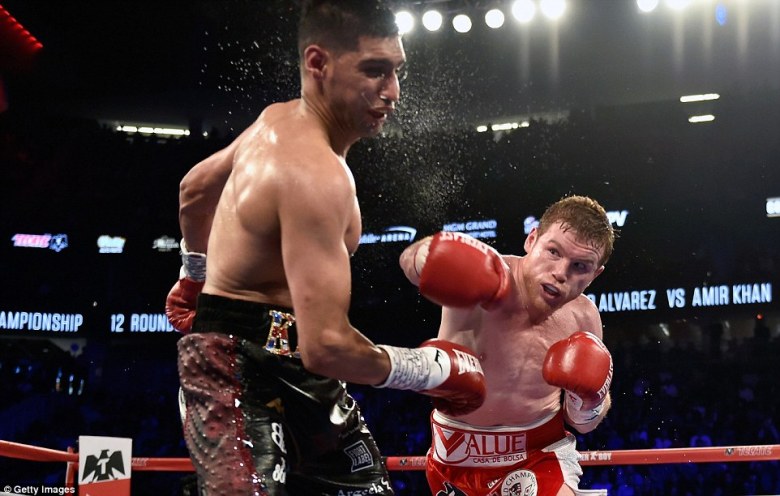 In his 11-year career, Canelo Alvarez has never weighed more than 155 pounds for a fight. Over his last six bouts, he’s tipped the scales at 155 four times. But the rumors of Alvarez risking his health to stay at junior middleweight over facing Golovkin at 160 gained steam in the immediate aftermath of the Khan knockout. Media, including this author, waited for close to two hours for Canelo to appear for post-fight questions. When he finally spoke at the podium, his opening words were translated as stating the delay was due to being a “little dehydrated” and needing more time to complete the post-fight physical.

Khan estimated Canelo was 180 pounds when they clashed. Smith is on record as stating he expects Canelo to struggle with the weight and accused him of only returning to 154 to avoid Golovkin. As for Canelo, he lets out an animated sigh and mutters a few choice words when the dehydration and weight issues are brought up.

“Aw, come on. Look, there was no dehydration issue at all,” he declares. “What happened was they needed to take more blood from me and I had just urinated, but they needed more to finish the testing. The weight is 154 and no issue. That was just a mistranslation on the podium.”

Mistranslation or not, junior middleweight will not be a rest haven. There are the Charlo brothers, who hold the WBC (Jermell) and IBF (Jermall) titles. Erislandy Lara, who’s been clamoring for a Canelo rematch since losing a controversial split decision in 2014, holds the WBA strap. And the undefeated Demetrius Andrade, who put the division on notice by outclassing Willie Nelson (TKO12) in June, is now the mandatory challenger for the Canelo-Smith winner.

“I’m not worried about the other champions,” is all Canelo will commit to on record. “We can figure out the next step after Smith.”

Boxing wears you down. Most fighters on the wrong side of 30 put health and favorable opposition over the tough matchups that make fans salivate. But Canelo is 26. Fans watched the sport make a mockery of itself with the five-year delay in making Mayweather-Pacquiao. In the immediate aftermath, Canelo and his promoter vowed to resurrect the sport by giving fans what they want to see. Was it all smoke and mirrors?

“The fight with Golovkin will happen at a good time for the fans,” he assures. “But he doesn’t concern me. My focus is just Liam Smith.”

Is Canelo Alvarez more fighter, or more businessman? We have one year to find out.