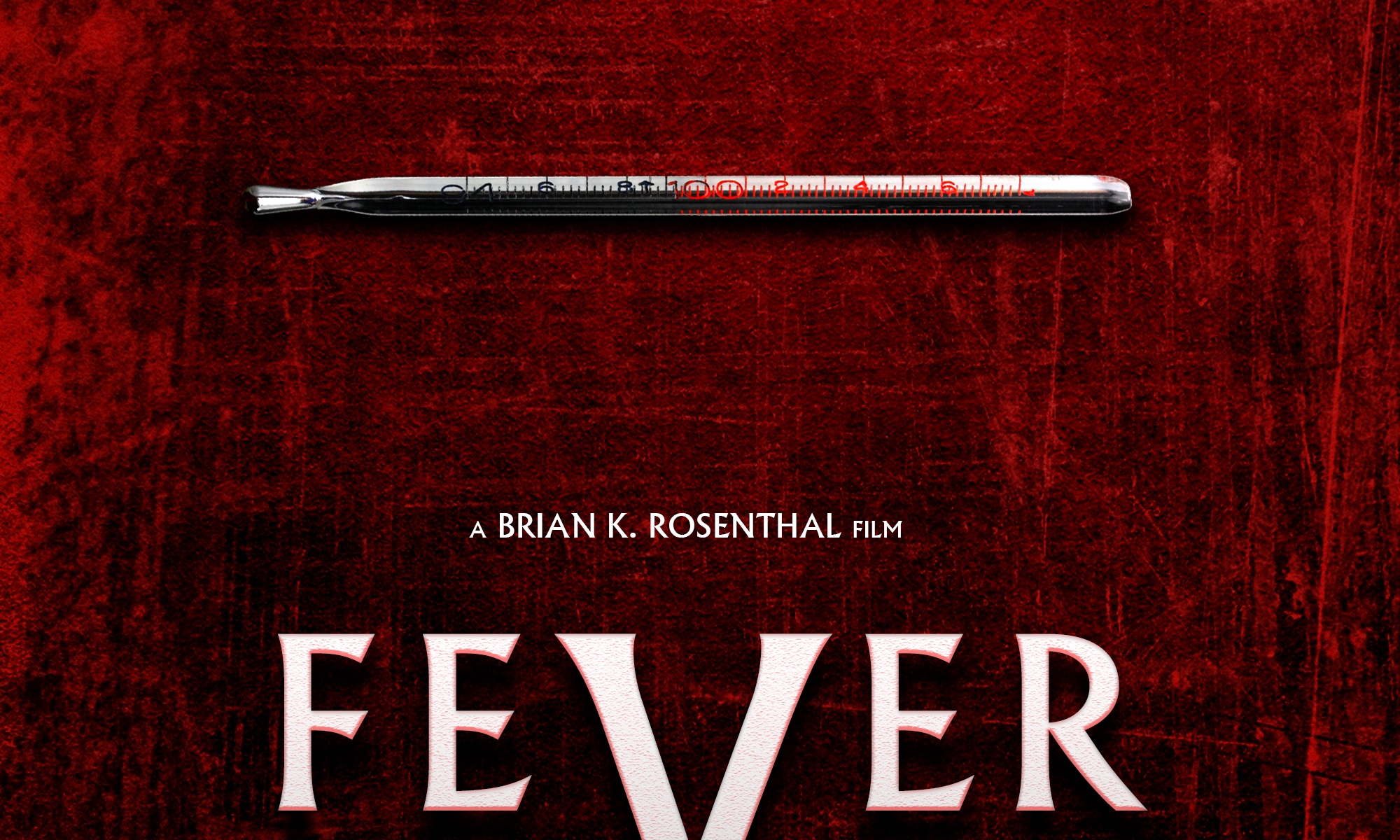 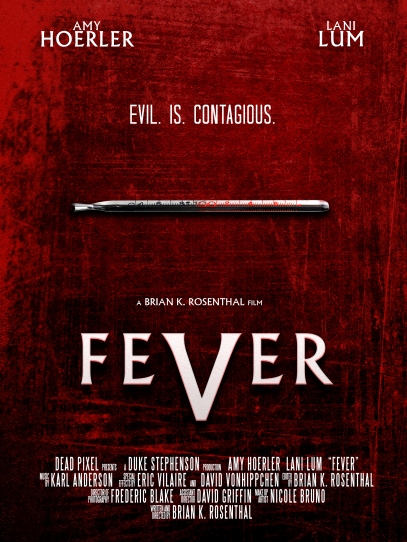 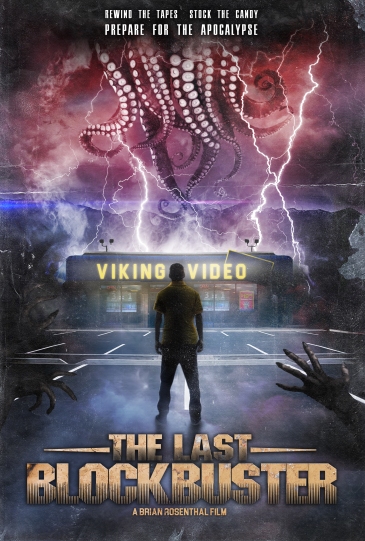 While getting just one film selected for the 13th annual Atlanta Horror Film Festival is difficult enough, writer/director Brian Rosenthal has put himself in rare company with two projects making this year’s cut. Fever is the brooding tale of a young girl stalked by a sinister supernatural presence. The Last Blockbuster takes a lighter premise with a pair of horror movie geeks tasked with preventing a Lovecraftian-style apocalypse outside their town’s last remaining video rental store.

In this exclusive interview with BeatsBoxingMayhem, we delve into how Rosenthal’s diverse interests in horror, comic books and pop culture nostalgia have lead him to deliver two unique and drastically different films for this year’s festival.

BeatsBoxingMayhem: This will be my third year attending the festival. I can confidently state you’re on the shortlist of the most prolific filmmakers since I can’t recall anyone else that’s submitted two films! How did it come together that you were able to submit two simultaneous film projects?

Brian Rosenthal: Tell you the truth? It was a happy fluke. I was following up on my ‘Fever’ submission with Eric Panter over at Atlanta Horror and just happened to make mention of ‘The Last Blockbuster’, which was a project I had been silently preparing for a few years with my co-producers Duke Stephenson and David Griffin. We got to talking and I showed him (Eric) the pitch trailer/short along with the poster artwork, at which point he asked me to submit. I was kind of shocked at first, mostly because I had seen the trailer as part of a pitch package I had put together, which includes a feature script I wrote based on a story David and I cooked up, rather than a fun standalone short… which I guess it totally is. So hey, thanks for that perspective shift, Eric, you rock!

Although I haven’t seen either film yet, the trailers indicate Fever and The Last Blockbuster are vastly different in tone and style. Since Fever is the more recent project, do you feel your creative ventures are moving towards more ominous themes or is this film an outlier?
Yeah, I guess you could say my wheelhouse is varied. As someone who grew up loving movies, especially genre stuff and popcorn cinema (I’m a big fan of 80s and early 90s era filmmaking), I think my true north has always been entertaining my viewers, trying to give them the same emotional experiences I had with my favorite films. I tend to wear my heart on my sleeve more often than not as a writer/director, and Fever was certainly new territory that I really wanted to dabble in, whereas Blockbuster is much closer to home, so to speak.
That said, I’m partial to supernatural horror… rules-based stuff like Nightmare on Elm Street, A Quiet Place, Lights Out in particular (don’t fall asleep, don’t make any sound, don’t turn out the light, etc). I wanted to challenge myself in creating something that had a similar no-nonsense attitude with a killer hook and a kind of primal, universal sense of fear. I also really wanted to work with actors in a way that I hadn’t up until that point, which was super rewarding.

Between the two films, which one has been getting bigger reactions from audiences and what would you speculate is the reason why?

I think The Last Blockbuster is making more waves, and I suspect that it has a lot to do with the cultural zeitgeist element of it and its sort of clear and present mission statement of absolute bonkers comedy/horror fun. Horror geeks stuck inside the world’s last video rental store during a supernatural apocalypse just feels like a movie that should exist, even though it doesn’t (yet!) The whole notion of video rental nostalgia has been seeping into pop culture over the last few years, and I think what’s inherently special about that is that it spans a number of generations and speaks to a lot of people, not necessarily just pure genre junkies.

I’m also of the opinion that feel-good popcorn horror is an underrated subgenre and there’s this gigantic space in the cinematic marketplace for a project like The Last Blockbuster to explode in, similar to something like Stranger Things on Netflix, but intended for the big screen in this case (ideally!).

Your fan trailers are very well done. It made me think of Marvel’s next film phase. If there’s any Achilles Heel with that company’s success, it’s that their formula has worked so well it’s difficult to envision them taking risks anytime soon. But if you had the power to take any Marvel character and create an R rated film with horror or dark themes, which character or storyline would you pick? 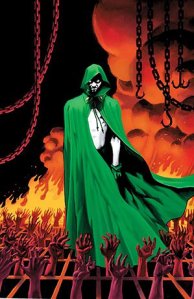 Thank you so much for saying! But I’m gonna twist this one on you, can I do that? Is that fair play? Let’s go with DC, cuz this stuff has been in the back of my mind. I’d absolutely love to take a stab at ‘The Spectre’, go for an origin story and really deliver something totally different than what we’re used to seeing. ‘Dark City’ meets that ‘Tales From the Crypt’ EC Comics vibe. Balls the to the wall comic-book/horror/noir. Could there be a cooler recipe for a superhero movie?

And ‘Lobo.’ DC has a potential ‘Deadpool’ on their hands I think, they just need to walk through that door with the right creative team and it’s an instant home-run, a total no brainer rollercoaster of immature, sinewy crimson goodness. In his case, I’d probably want to cook up something fresh but faithful, or perhaps amalgamate a number of his plotlines. But that can and should be a small-ish, hard R sci-fi action flick with attitude. There’s a lot of room to have a great time with Lobo without having to break the bank (his bounty is on Earth, problem solved, plus bonus fish-out-of-water hijinks), and that affords the production more risks. And the risks are good. The calculated, badass kind, of course.
With two successful shorts under your belt, what’s next for the rest of 2019 and beyond?

I’m hoping to develop both Fever and The Last Blockbuster into feature films with a little luck and some networking at awesome festivals like Atlanta Horror. Producer/investors? We’re here, ring us up, don’t be shy. But in all sincerity, maybe the next you all hear from me it’ll be to chat about one of those I hope? Fingers crossed. I also have a new short film concept on deck that I’d like to get in the can for festivals next year, haven’t quite ironed out those details yet, but I’ll be sure to keep you posted! Odds are it won’t be a Victorian-era chamber piece.

Brian Rosenthal’s Fever will be featured at The Atlanta Horror Film Festival on Thursday, September 12 during the 9:20 p.m. ET Shorts Block #2 “You Are All My Children Now.” The Last Blockbuster will air on Saturday, September 14 during Short Blocks #8 “Bust a Gut Horror Comedy.”
Keep up with Brian’s future projects on his official Twitter page @brosenthal82
Tickets and day passes for the Atlanta Horror Film Festival are available for purchase throughout the weekend.