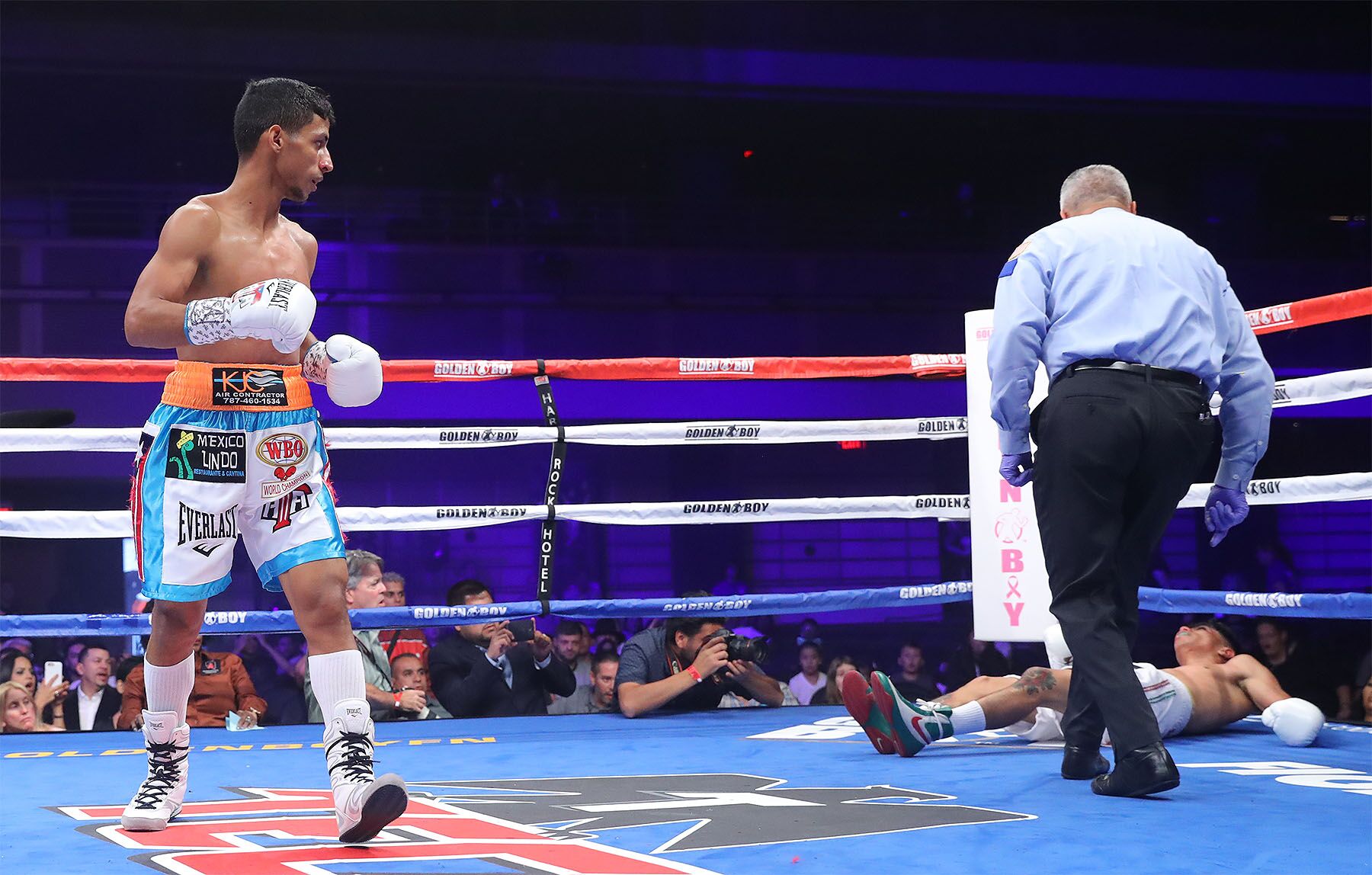 Acosta puts his name in KO of the Year discussions. 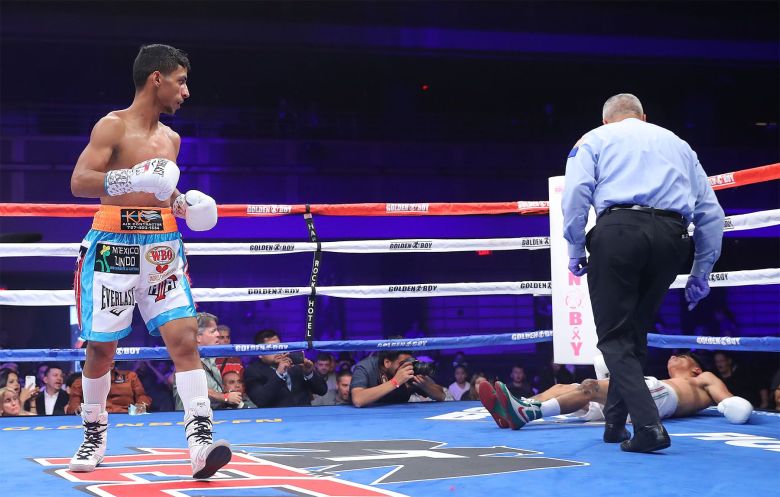 LAS VEGAS — Even at a mere 108 pounds, Angel Acosta continues to prove why he’s one of the biggest punchers in boxing. Last night at the Hard Rock Hotel and Casino, the WBO light flyweight title-holder made his second successful defense by eradicating Abraham Rodriguez with a left hook eraser in round two.

Round one saw Acosta in hot pursuit, stalking behind a high guard and looking for right hook counters. Rodriguez was fleet-footed but absorbed several right hooks the body.

In Round two, Rodriguez was caught coming in by a right hook upstairs. The shot temporarily froze Rodriguez before he began a gradual retreat. Acosta soon had him on the ropes where both came upward with left hooks.

Acosta’s got there first.

Rodriguez crashed to the canvas with the back of his head clipping the bottom rope. His stiffened upper body, rolling eyes and twitching legs made the ref forego a count and call it off.

Acosta is now on a three-fight win streak since losing a unanimous decision to Kosei Tanaka last year. All of Acosta’s 19 wins have come by knockout.