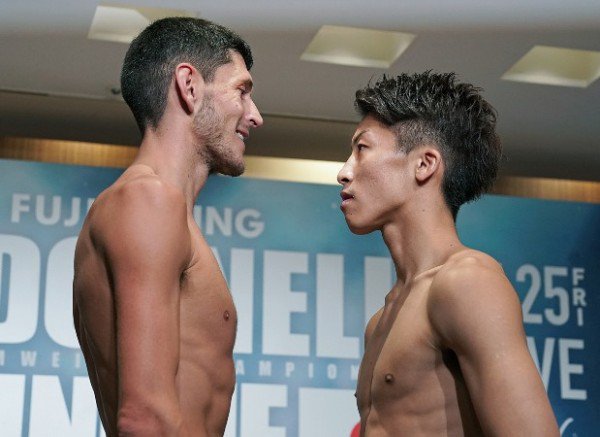 Monsters are real. Just ask Jamie McDonnell, who was relived of his WBA bantamweight title in merciless fashion as Naoya Inoue needed less than two minutes to score a crushing knockout victory.

At 5’9 to Inoue’s 5’5, McDonnell sought to made it a long-distance affair by pumping the jab and and circling. But Inoue easily breached the distance gap by darting in with a lead left hook to the body. The shot pushed McDonnell to the ropes where Inoue let loose with a quick combination.

McDonnell attempted to regoup by targeting the stomach with a body jab, but was quickly countered by a left hook to the top of the head. The shot wobbled him and a knockdown, via a left hook downstairs, quickly followed.

McDonnell rose and was met with a series of shots punctuated by a left hook for the final knockdown with 1:08 remaining.

Expect this to just be the beginning of his reign of terror as the new title-holder will participate in the World Boxing Series bantamweight tournament.