Skip to content
TOKYO, Japan -- Roman Gonzalez captured the WBC flyweight last night with a ninth round technical knockout over Akira Yaegashi, cementing Gonzalez as one of the sport's top Pound 4 Pound fighters... 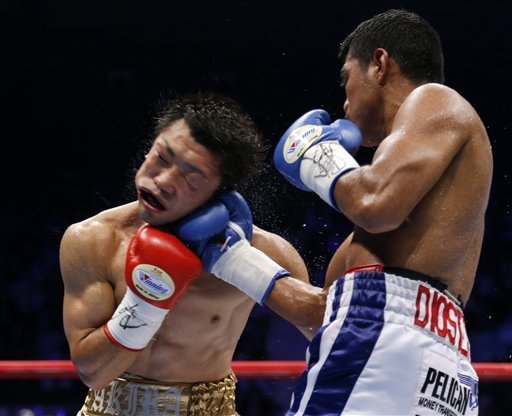 TOKYO, Japan — Roman Gonzalez captured the WBC flyweight last night with a ninth round technical knockout over Akira Yaegashi, cementing Gonzalez as one of the sport’s top Pound 4 Pound fighters.

Yaegashi, a Pound 4 Pound fighter himself and the lineal flyweight champion, was no match for Gonzalez from the opening bell. This could very well be a win we look back on as a defining moment in a legendary career. Not familiar with Gonzalez? Now’s the time to learn about the man nicknamed “Chocolatito” and the most dominating win streak in boxing.

AN EFFICIENT BEATING: Watching this fight would make you believe a mad scientist created Gonzalez with the sole purpose of destroying Yaegashi. Everything the Nicaraguan did negated Yaeghashi’s offense and defense. The opening two rounds saw Gonzalez establish the lethal accuracy of his right cross. The third had Yaegashi tasting the canvas from a counter left hook. When Yaegashi tried to fight off the backfoot, Gonzalez would quickly cut off the ring and punish him on the ropes with hooks. When Yaegashi attempted to stand his ground, Gonzalez riddled him with short rights, left hooks and uppercuts.

Round after round, Yaegashi’s lack of head movement resulted in crushing counter shots that buckled his legs. Nonetheless, the champion’s fighting heart had him always trying to respond with a frenetic array of shots as his countrymen chanted “Akira!” Unfortunately for Yaegashi, his lack of big punching power meant Gonzalez could absorb his best and come back with debilitating power shots.

The ninth round was a thrilling last stand. Yaegashi threw his best combinations in the round’s opening minute, but quickly found himself repeating the pattern of the previous stanzas; being knocked around the ring and trying to survive. There would be no miraculous comeback after a big left uppercut sent Yaegashi toppling to the mat and the ref wisely calling off the fight. 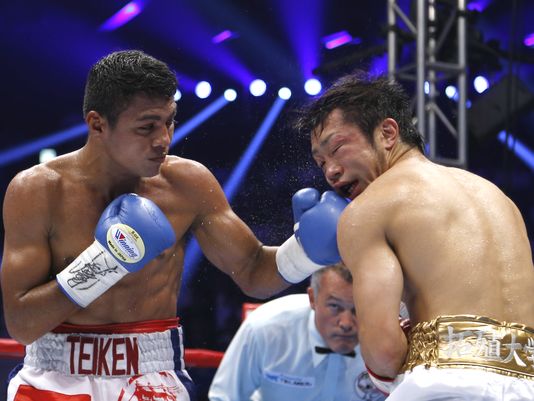 GONZALEZ AT 27: “Chocolatito” is 27 years old and building a resume that already has him in esteemed company. Let’s take a quick look at how he sizes up with the two widely viewed top Pound 4 Pound fighters in the sport, Floyd Mayweather and Andre Ward, when they were 27.

– A title win at super flyweight will make him the first Nicaraguan fighter to win titles in four different weight classes (Alexis Arguello was poised to do this but fell twice to Aaron Pryor in the early 80s).

As you can see, Gonzalez is on the road to the Hall of Fame if he keeps up this level of competition and dominance. The winner of the other flyweight showdown this weekend, Giovani Segura vs. Juan Francisco Estrada, would be a logical opponent and another elite scalp for Gonzalez (Note: Gonzalez holds a unanimous decision win over Estrada at light flyweight).

Watch the full Gonzalez vs. Yaegashi fight below and witness a masterclass performance.