Despite the show’s moniker, I’m not convinced Canelo will trade with someone as dangerous as Angulo. Nonetheless, everyone involved did their best to sell this pay-per-view on nationalistic terms and being an all-action affair.

I’ve prepared myself very well to give you all a great fight. I’m glad Alfredo has some fans here today, but my fans are better.

I can’t tell you all the things I learned from my last fight [against Floyd Mayweather on a record-shattering pay-per-view event last September], but there is a long list. I don’t take it as a loss. I take it as a learning experience. And that is what’s going to keep me going. That’s the greatest thing about this sport. You learn and you move on.

We have two different styles and you really can’t compare the two. Angulo’s aggressive. I’ve fought bigger guys but I see him as a middleweight coming down to super welterweight.

We offered this fight to [Miguel] Cotto first, but he wasn’t ready. We wanted to give you guys, the media, and the fans this fight. This is for the fans.

Losing is part of boxing. Muhammad Ali lost and he’s still the greatest of all time. So a loss isn’t going to prevent me from being the future of boxing. 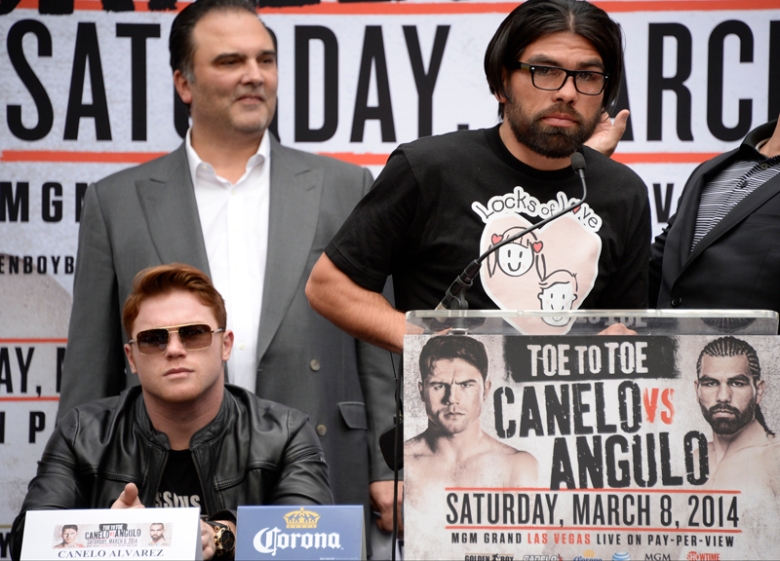 I’m the same Alfredo Angulo as I’ve always been and I’m going to always give the fans great fights. I think that I earn respect in my fights and March 8 is going to be no different.

I don’t know if he’s the most powerful fighter I’ve faced, but I know I have to give my all in this fight for my fans. This fight is for the fans.

What’s this fight going to mean if I win? I don’t know. Once I win, then you can ask that.

He [Canelo] knows the heart that I have. He’s knows it very well; that the advantage I have over him.

I know I have some doubters. But if you doubt me, go ahead and look up my fights on YouTube.

Like always, we respect Mexican fighters, especially Alfredo Angulo. He’s a tough fighter, a very good fighter and very strong. Thank you for coming out and supporting boxing because there are some great Mexican fighters on this card.

Each man has to come to grips that they are coming off a loss. Alfredo came so close to upsetting [Erislandy] Lara and I’m just pleased he’s getting this fight. I couldn’t be happier for him.

You can’t say that Alfredo doesn’t deserve this fight because Angulo was up on most of the scorecards in his last fight and Canelo was shut out on his. I think this is as good a time as any and that this fight makes sense. Alfredo has come to understand the importance of defense. Initially he had a disdain for defense but I’ve been teaching him the importance of that aspect of the game.

Whoever wins this fight is going to have to fight to win it. I’ve called this a must-win fight for Canelo to stay relevant and I think he definitely has something to prove.

I’m very happy and I’m very prepared for this fight.  Mijares is a great fighter.

When I was in the beginning of my career, I used to see him fight.  I once sparred against Jose Navarro to help him fight against Mijares.  I watched that fight and I know that he’s a great fighter that will give me a tough fight.

We come 100 percent ready and we’re trying to the fans a great fight.  Hopefully, it’s one of the best fights of the night.

I’m very happy to be on such a big card like this, in the co-main event of the big fight between Canelo and Angulo.

I know this is a big opportunity for me. I understand this opportunity that my promoter has given me. Figueroa is very aggressive and styles make fights so I know it’s going to be a great fight.

I’m motivated. I know I can make history for me and my family [if triumphant, it will mark the first time three Mexican-born brothers have won a world title]. We made history once before in Mexico when all six of my brothers and I fought on the same card. I want to make history again.

This fight is like an infomercial. You remember when you were ready to order and they’re like: ‘Wait, there’s more.’ That’s what this card is; one great fight after the other. Action-packed.

This is the kind of card you want to make sure to have the carne asada and the cerveza ready when the first fights go live on SHOWTIME Pay-Per-View at 6 o’clock.

This is a boxing card that has everything for the true fight fan.  Canelo Alvarez is taking on the most dangerous opponent of his career in Alfredo Angulo, who is perhaps the strongest puncher and fighter that Canelo has yet face and I have no doubt this fight will be an action fight for as long as it lasts. 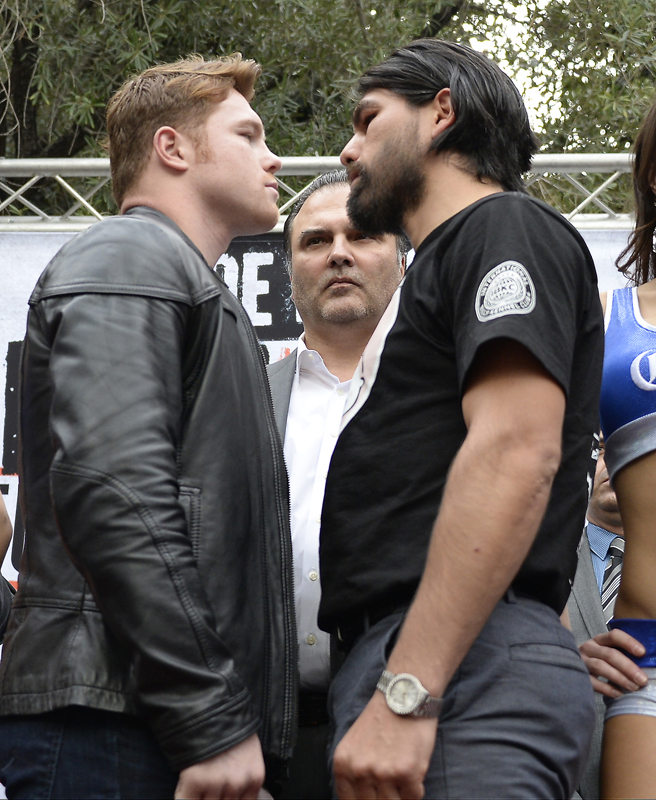 “TOE TO TOE: Canelo vs. Angulo,”a 12-round super welterweight fight taking place Saturday, March 8 at the MGM Grand Garden Arena in Las Vegas, is promoted by Golden Boy Promotions and Canelo Promotions and sponsored by Corona and AT&T. Carlos Molina vs. Jermall Charlo is presented by Golden Boy Promotions in association with Warriors Boxing.  This event will be produced and distributed live by SHOWTIME PPV beginning at 9:00 p.m. ET/6:00 p.m. PT. The event can be heard in Spanish using secondary audio programming (SAP).