Skip to content
While the details on the how and why of Heron's death will reveal itself in the days and weeks to come, the music remains eternal. Beats, Boxing & Mayhem looks back on Heron's work and its impact on Hip-Hop culture.

Gil Scott-Heron, the prolific musician and poet whose work was a building block for Hip-Hop culture, passed away at 62 earlier tonight. The news broke first on Twitter from a Heron friend, who disclosed the Chicago legend died at roughly 4 PM earlier today at St. Luke’s-Roosevelt hospital. While the details on the how and why of Heron’s death will reveal itself in the days and weeks to come, the music remains eternal. Beats, Boxing & Mayhem looks back on Heron’s work and its impact on Hip-Hop culture. 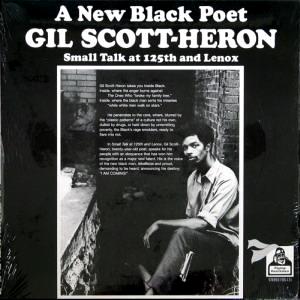 Heron began his recording career at a mere 21 years old with the release of Small Talk at 125th and Lenox. The entire album was lauded for its depiction of inner-city city and social hypocrisy. Unlike his later albums, it relied more on the power of the spoken than music arrangements. The authoritative, rhythmic flow of Heron’s voice caught Kanye West’s ear, and the track “Comment #1” would be used on “Lost In the World.”

KANYE WEST “LOST IN THE WORLD”

Heron’s second album, Pieces of a Man, would become one of his most celebrated. Although overlooked upon its initial release in 1971, the album gained a small following a few years later, and then it later decades received much more attention from critics as a starting point for the formulation of Hip-Hop music. The more fleshed out sound was the result of what would be a lasting partnership with keyboardist Brian Jackson. The collection contained his most famous poem, “The Revolution Will Not Be Televised.” The track’s words and rhythms still resonated throughout the 80s and 90s, finding a home in the songs of emcees ranging from Masta Ace to Common and Bilal.

“THE REVOLUTION WILL NOT BE TELEVISED”

MASTA ACE “TAKE A LOOK AROUND”

KMD “WHAT A NIGGY KNOW (REMIX)”

1972’s Free Will hasn’t been touched by many producers, but DJ Honda did use a short portion of the below track for his song “For Every Day That Goes By.”

“DID YOU HEAR WHAT THEY SAID”

DJ HONDA “EVERY DAY THAT GOES BY”

By this point, Heron has perfect the bluesy style of his singing voice. The songs he crafted in this period had a melancholy feel that was perfect for emcees wishing to get introspective with their lyrics.

“PEACE GO WITH YOU, BROTHER (AS-SALAAM-ALAIKUM)”

Skipping ahead a few years (and albums), ‘Ye and Common find another gem from Heron’s catalogue in “We Almost Lost Detroit.” While Kanye chopped up various parts of the song, Black Star stuck with just one for “Brown Skin Lady.”

Our last track comes from 1980’s Real Eyes. Mos Def would use the below song 19 years later for his 1999 debut Black On Both Sides.

“LEGEND IN HIS OWN MIND”

Last year, Heron recorded with Nas and released I’m New Here, his first album in 16 years. With a musical legacy that spans the Black Power movement to Hip-Hop’s international explosion, Heron’s work was a constant reminder that social and political commentary can and should have a prominent voice in the arts. I extend my thoughts and prayers with Gil Scott Heron, his family, friends and fellow fans worldwide. Rest in peace, brother.